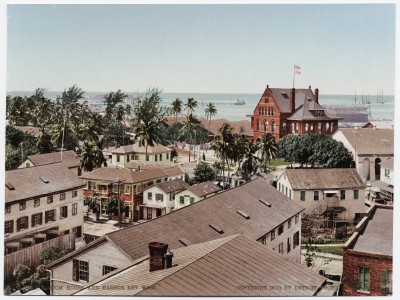 Spend 5 minutes in Key West and you will learn that there are significant economic issues plaguing the community. A handful of people own most of the businesses and/or property while the workforce struggles to find housing they can afford. This is an issue continuously debated, with little progress made. In fact the situation appears to grow worse over time.

Recently, members of the local government have begun to take a more active role in attempting to alter the situation. They voted down an affordable housing bill, because of bureaucratic technicalities. They have begun to debate whether or not to allow the replacement of trailer parks and with expensive homes or hotels. As these debates gain public notice, some politicians begin to move towards protecting the affordable opportunities for the local population, but no actual legislation has passed as yet. For his part, Mayor Cates has begun to push for an increase in the minimum wage, just as election season begins. However it seems unlikely that the city has the legal authority to even pass such legislation.

When looking at the numbers, income is not actually the problem. The median income in Key West is nearly equivalent to, or better than, the rest of Florida and the USA. The problem is housing costs; both property values for land owners and rent prices.

As this chart shows, those living in Key West are earning only slightly more than their neighbors in America, but paying far more for housing. Yet these numbers don’t show significant details. For one, in Key West many people must acquire those incomes through multiple jobs, unlike the rest of the nation. Also, a good portion of those property owners are not primary residence holders in Key West. An elusive number that does not appear to be trackable, yet is a significant source for driving up real estate prices.

As explained to me by the County Property Appraiser, Scott Russell, who also has experience and education in the private real estate market, one of the key components in determining real estate prices for the private marketplace are is the sale price of other properties in the neighborhood. Without getting into the lengthy details: as your neighbor’s house sells, its price affects your house value, which affects the other neighbors, etc. If it sells for more than the last sale in the neighborhood, all values are affected. This round robin affect creates housing bubbles; each sale pushing the price ceiling further upward until it becomes untenable, nothing can sell, and the bubble bursts (apologies for mixing my metaphors). So those who can afford to buy a vacation home, in addition to their primary residence, are pushing property values upwards in our lovely paradise.

As a result, those who own rental properties must pay the bills on properties that are subject to those same market forces. Forcing them to charge rents capable of covering their overhead, while making some profit of course, they did not go into business to become charities. Yet business owners, experiencing the same property overhead costs, must find ways to keep their expenses down and profit up. So wages rise slower than prices.

The result of all this is that the cost of living is dramatically skewed. MIT put out a report describing what they believed individuals and families should need to earn in order stay above the poverty level, per locality based on national numbers. An individual in Key West, they claim, should need $11/hr, while and adult with one child should need $23/hr. However that is based upon a rent estimate of $910/month and $1365/month respectively. Anyone living here knows those numbers are not realistic. In fact, the single person will probably be paying around $1365 for a studio apartment, and therefore need around $20/hr which equals almost $40,000/year. A difficult sum to generate as a employee if you have only one job, add a child to the mix and your costs and time demands have just increased dramatically.

The challenge facing Key West is how to balance these various economic issues. The tourists and snowbirds are fundamental to the economy. So too are the local citizens who supply the work necessary for this to be a place they enjoy. If property values continue to increase, the working class locals will not be able to afford to live here, and then the tourists will have no one to serve them so they will stop coming. At which point, the economy will have an entirely different problem.