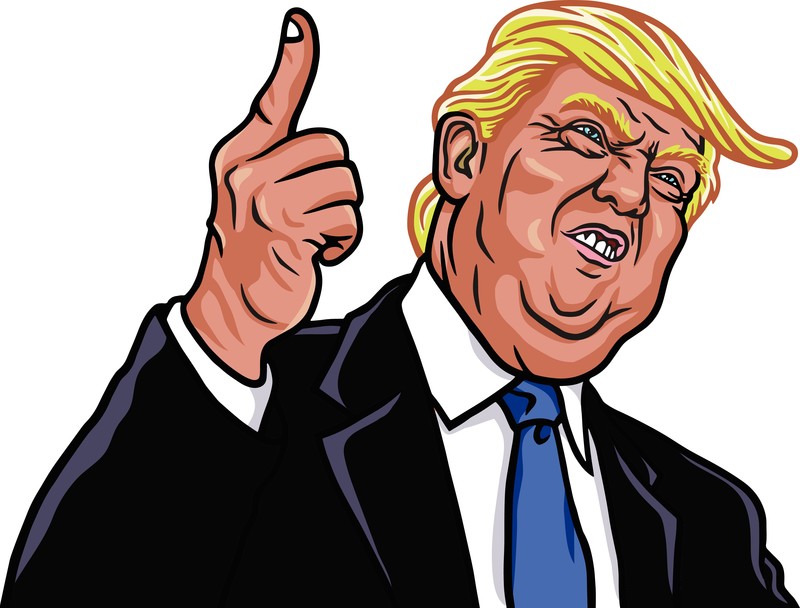 “No politician in history, and I say this with great surety,” US president Donald Trump told Coast Guard Academy graduates on May 17, “has been treated worse or more unfairly” than himself.

A day later, in the wake of the US Justice Department’s appointment of former FBI director Robert Mueller as special counsel to investigate allegations of “Russian meddling” on his behalf in the 2016 presidential election, Trump once again offered a grandiose reference to his place in history, this time via Twitter: “This is the single greatest witch hunt of a politician in American history!”

Poor, poor Donald. Nobody likes him, everybody hates him, guess he’ll eat some worms. And apparently he’s never heard of Andrew Johnson, Ulysses S. Grant, Warren G. Harding, Richard Nixon, or Bill Clinton, each of whom enjoyed “witch hunts” of their own, with varying justifications and outcomes .

For decades, Trump publicly epitomized Barry Switzer’s observation that “some people are born on third base and go through life thinking they hit a triple.” Now he’s finally made it to the big league and it turns out his whole skill set consists of kicking dirt at the umpire and trying to empty the dugouts for a brawl every time a fastball gets past him.

Irony break: One of the loudest blocs of Trump supporters in last year’s presidential campaign consisted of voters outraged by decades of identity politics and what they considered the Democratic Party’s abusive use of victim groups to gain and hold political power: You know, those spoiled African-Americans whining about being shot dead by police, those evil gay couples demanding to be treated equally in matters of marriage (never mind that The Donald is the most openly pro-LGBTQ candidate ever elected to the office — he came out for marriage equality years before Hillary Clinton did, and draped a rainbow flag over himself at a campaign rally; logic is not those particular supporters’ strong suit), etc.

So here’s their anti-victimhood hero, Little Donald, sitting in the corner of the Oval Office screeching his lungs out, waving his rattle, and waiting for Kellyanne Conway to change his diaper, give him his ba-ba, and rock him to sleep.

That’s not to say that Trump’s complaints are wholly without merit. The “Russian meddling” thing continues to run on fumes and the fervent hope of Democrats that at some point evidence will show up to substantiate it.

But every president has complaints. Pardon us for expecting presidents to handle those complaints like responsible adults instead of like spoiled toddlers.

5 thoughts on “Donald Trump and the Politics of Whine”