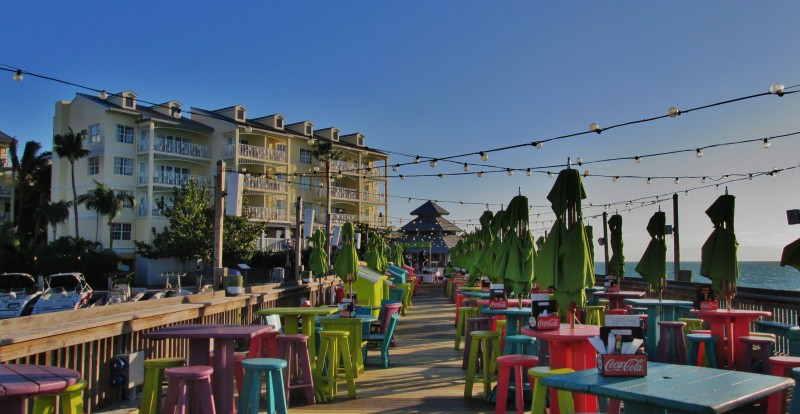 In February Ocean Key Hotel, subsidiary of the Nobel House corporation, held a for-profit concert on Sunset Pier during which the band, the Revivalists, invited local citizen Kelsey Haas and her dog Mali onto the stage to dance with them. Police, at the request of hotel management, removed and arrested Ms. Haas for being in the “VIP section” without, allegedly, having paid a $150 entrance fee. As reported exclusively in The Blue Paper, Sunset Pier is on submerged public land leased from the Department of Environmental Protection (DEP), and this lease has specific stipulations for its use. Included in those stipulations are allowances for 12 public, for charity, events per year, and 1 private (e.g. wedding) event per month, but no public, for-profit events at all. So, it would appear neither Ms. Haas, nor anyone else, should have paid to be on the pier that evening. 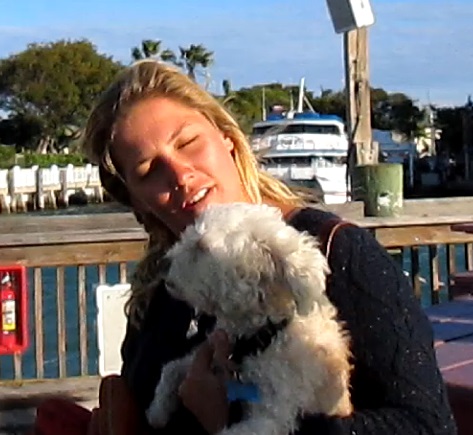 Assistant State Attorney Val Winter, who is handling the case for the State Attorney’s office, decided to drop the charges (“no action”) against Ms. Haas, stating that since “she had no criminal history, there was no video of the events, and she had already spent a day in jail,” there was no cause to pursue the case further. Apparently, if she had been found guilty, with no criminal background, the day in jail would have been as much or more than the SA’s office would have sought. He went on to describe a significant motivator for dropping the charges was the discovery that she had been “invited onto the stage by the band.” A band representative did inform the KWPD of that fact during the arrest that evening, but officers did not record the information or take a witness statement.

The KWPD has a policy regardng off-duty officers working security. This includes the ability to utilize vehicles and uniforms while receiving income from private sources. Salient to these events is section B: 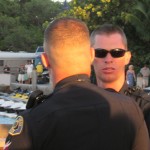 B: Bars and Nightclubs

Officers working approved extra-duty employment at bars and nightclubs are not there as “bouncers” for the business.

1. The officer may not loiter inside the establishment; and,

2.  Should only enter the establishment when responding to an incident or as directed by the management for a specific purpose.

3. The officer shall report for duty in the proper uniform/attire (as spelled out in GO 02.05 Uniform, Clothing and Grooming), unless pre-approved by the Chief of Police.

When Ocean Key holds private, for-profit concerts on Sunset Pier with a VIP section, off-duty KWPD officers are posted at the entry gate to the section. When management wanted Ms. Haas removed it was one of those officers (Calvert) who was sent in to remove her. In the report, Officer Calvert states that she, in fact, had been stationed at the entrance to the VIP section and was asked to remove Ms. Haas by management.

“My assignment was to secure the VIP entrance of the concert, located by the pier. I was approached by an Ocean Key House employee, later identified as Ryan Michael Gernaat regarding a female entering the VIP area without the proper bracelet.”

Per snagajob.com this would appear to fit the job description of a “bouncer” which, apparently is prohibited by KWPD’s written policy. There also remains the question of how a person could be “resisting arrest” by someone working security? A concept which would also appear to have internal contradictions within the policy, which both requires supervision for reports and describes what to do in case of arrest while off-duty:

In an attempt to gain some local clarity, the following questions regarding these issues were asked via email (interviews were refused) of KWPD Chief Donie Lee:

Q: If the officer was functioning as private security, which is why she needed to call in other officers to process the arrest, how could Ms. Haas be “resisting arrest” when she pulled away from a “security guard”?

Q: According to the policy, law enforcement personal, while on special event duty, are not allowed to function as a “bouncer” or loiter inside. Would not Ocean Keys’ use of officers at the entrance to the VIP section, within the concert area of the pier, be a violation of that policy? Would not having the off-duty officer remove unwanted patrons also be the work of a bouncer?

Q: As documented in the article published March 13, Ocean Key appears to be violating its lease agreement with the DEP by charging the public for access to Sunset Pier for public, for-profit events. Now that this information has been revealed, will the KWPD continue to provide security for these events? Will KWPD attempt to protect the publics’ right to free access on the pier?

At this time, the only response received to these questions from the KWPD has been, “As for the questions, we’ve provided the policy and statutes, and he will not be commenting further.”

When legitimate revenue producing events do occur on the pier the lease requires reporting and the payment of 10% of gross revenue. Ocean Key continues to refuse to respond to interview requests. They also continue to hold public, for-profit events on public land in apparent violation of their lease. The DEP explained that their lessees are responsible for handling annual reporting with DEP reviews occuring only every five years. However, as a result of recent events, “one of our inspectors in the Marathon Branch Office has been assigned to investigate this matter and determine if there any violations of the lease conditions…Failure to comply with reporting per the lease contract and 18-21.011 Florida Administrative Code, could result in enforcement.” Among possible repercussions includes, from the code listed above, “11. There shall be a late payment assessment for lease fees or other charges due under this rule which are not paid within 30 days after the due date. This assessment shall be computed at the rate of 12 percent per annum, calculated on a daily basis for every day the payment is late.” Considering DEP told The Blue Paper they had not received reporting from Ocean Key in two years, and prior years of reporting appeared to show public, for-profit events listed as private revenue generating events, this could potentially add up to a sizeable fine under that single section. Though that is certainly not the limit of the penalties availble to DEP.

When asked about Ocean Key possibly charging the public inappropriately for these for-profit events on public property, ASA Winter said, “We do not handle lease violations…” and “I am not aware of any theft complaints regarding the fees.” So, at this time, it appears neither the city police nor the state attorney’s offices are seeking to defend public rights to public land on this pier. The results of the DEP investigation remain to be seen.