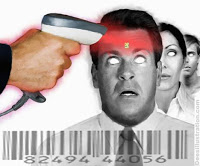 It was my very first day in the Archipelago of Bliss, and I sat savoring a meal in a waterfront restaurant.  Even though the food was excellent, what was even better was the fact that I was not bouncing around while I ate it.  After two weeks of sailing here from Key West, it was sublime to be motionless.

Before my fish sandwich arrived, a wrinkled, old fisherman rowed up to the restaurant dock in a small cayuco that was hand-carved from a single log.  He sold a couple of nice groupers to the owner, Kelly, and paddled away.  Unfortunately, my camera was onboard AVENTURA, so I could not capture this moment.  I assumed that this was a rare occasion – but I assumed incorrectly.  By the time I had finished my meal, three other smiling fisher-folk had rowed up and sold her some fish or lobster or conch.  I smiled contentedly – because I knew that this was “my kind of place.”

Yesterday, I returned to that same spot with my clipboard and pen, in the hopes of finding some philosophical inspiration. Again, it came in the form of a seventy-something fisherman with a tawny, smiling face.  As he rowed away with a few dollars, I realized that he would be completely insulated from the troubles that I will discuss in this essay.  A self-sufficient Indio, who carves and rows his own boat, who catches and grows his own food and who builds his own house, will do just fine when the Net of Progress has ensnared most of humanity.

For years now I have been trying to alert people to the fact that our various leaders do not have our best interests in mind. These Malignant Overlords – as I like to affectionately call them – do not even have our average interests in mind.  What they actually seek is to use their power to control us.

Some of their recent policy crusades have made their malicious intentions exceedingly clear.  They are pursuing an Orwellian lockdown using three desperate measures.  They want a cashless society, a neutered internet and a micro-chipped human population.  They are moving steadily and aggressively with all of these campaigns.  And I should emphasize that they never ask you and me for our permission as they pursue these things.  Let’s consider each of these strategies which are designed to further subject the Individual to the will of the Rulers.

The Malignant Overlords will tell you that the motivation for their electronic money agenda is to make life more difficult for drug traffickers and money launderers.  This is perversely hilarious since governments and their intelligence agencies are eyeball deep in these clandestine operations.  Do you think that their “black projects” funding is coming from bake sales and lemonade stands?  I am not hallucinating this – just google up “CIA drug trafficking evidence.”  And while you’re at it, you might want to salute Gary Webb, who was murdered for trying to expose this.

Another one of the M.O.’s justifications for going cashless is that it is “for your convenience.”  Admittedly there are times when using a plastic card is easier than cash.  But take the common example of when your credit card is rejected at a restaurant because there was some unusual activity in your account and so the bank put a hold on it.  You can simply pay with some cash.  But what will you do if there is no cash back-up?  And more ominously, what will you do when Big Brother claims that there is no money in your cyber account?

But even if the Feds don’t go nuclear on you and vaporize your life’s savings, they will now know everything about your financial dealings.  They will know whether you like to spend your money on charitable contributions or online gambling.  And they will attach transaction fees at every opportunity.  Who gave the government the right to monitor voluntary commerce between individuals?  Apparently, privacy is no longer a citizen’s right.

It astonishes me that people are not pushing back against this gigantic increase in the ability of governments to control us? Why is Humanity just sleepwalking into a future where they will become slaves on Plantation Earth?

Our rulers are utterly terrified by the fact that they have “lost control of the narrative.”  Even though the mainstream media is now in the hands of only a few huge power players, its influence has diminished significantly.  That’s because the Internet now provides so many alternative sites where people can seek information and opinions.  And these sources, which are not beholden to vested interests, can speak their truth with brazen honesty.  This empowers people to make their own decisions based on a menu of ideas rather than just the legacy media’s “special of the day.”

But as the MSM continues to hemorrhage readers, viewers and revenue, they are not relinquishing their monopoly power graciously.  They are ferociously battling the Internet in many ways.  They pay trolls to harass dissident websites through the “comments” sections.  They keep proposing legislation to allow the government to shut down the internet in the case of National Security emergencies.  And in the last few weeks they have been trumpeting the dangers of “FAKE NEWS.”

The “Fake News” hysteria is particularly terrifying for anyone genuinely interested in that sullied concept known as THE TRUTH.  The purpose of this crusade by the MSM is not to shield the people from lies – it is to censor the opinions of those who disagree with the Establishment message.  It is an electronic version of book burning.  It is McCarthyism 2.0.

Ironically, two of the main examples of “fake news” that the dinosaur media is blabbering about are themselves blatantly fake.  They keep screaming that Russia hacked the DNC emails and sent them to Wikileaks.  But they have been unable to provide a single shred of actual evidence to support this claim. Instead they provide the opinions of un-named CIA officials. This tactic is so bogus, that even the FBI says it is feces del toro.  And then there is this “list” of 200 internet sites that are supposedly Russian propaganda agents.  Again, there is absolutely no evidence provided and the source for this libelous allegation is not even traceable.

The mainstream media makes Alice in Wonderland look like a sober documentary.  It is an upside down world if you pay attention to them.  Indeed, it is so bizarre that Brian Williams, who was fired as the NBC Nightly News anchor because he was lying about his false exploits in a military helicopter, is leading the charge against “fake news.”  Fortunately, millions of people are disgusted by the deceit, and they are turning off their TVs.

I first encountered this concept about ten years ago.  I recall thinking at the time that surely the Malignant Overlords were not this power-crazed and demonic.  But steadily, down the decade, they have been preparing the people for this phenomenal attack against individual sovereignty.

They made it seem harmless by initially chipping pets for supposed safety reasons.  Then they introduced it for humans on a voluntary basis.  The standard approach at this stage is to make getting an RFID chip seem trendy and hip.  And now I was shocked to learn that the U.S. House of Representatives has passed bill HR 4919, which provides grants to law enforcement and social services around the USA to establish “locative tracking technology programs.”

The bill claims that it is intended to help geo-locate people suffering from Alzheimers or autism.  However, there is no language in the legislation that forbids the implanting of chips for other reasons.  This might include the new psychological classification know as ODD or Oppositional Defiant Disorder – which might translate to not loving Big Brother quite enough.

Admittedly, this is not a mandatory program.  But it is part of the steady conditioning plan for herding the human flock into acceptance of this Brave New Dystopia.  Here’s how bad it could be.  If you refuse to be chipped you would not be allowed to get a driver’s license and your credit cards and bank account could be closed down.  If you try to flee the country the lack of a chip will prohibit you from buying an airline ticket.  If you are late with a car payment the car doors will be locked electronically.  And should you miss a couple of mortgage or rent payments, suddenly your heating and electrical systems won’t work.  I fervently believe that by allowing oneself to be chipped, you are surrendering your very selfhood.

If the Malignant Overlords succeed with their desires to install a cashless society and neuter the internet and get the population micro-chipped, then they will usher in a new era of human enslavement.  We can then change the name from Planet Earth to Plantation Earth.

As I was finishing the notes for this essay, I looked up and noticed another cayuco pulling up to the restaurant dock.   But this one was different from all of the others.  These were not ancient fishermen.  They were a young couple and they had a basket of Jonny Cakes that the woman had probably baked. Kelly happily bought them all, and they contentedly paddled off.

Since I had spent over an hour immersed in such heavy subject matter, this lovely little scene bequeathed me sweet solace.  Hopefully that young couple will live a long, slow and simple life – completely cocooned from the lunacy of electronic money and fake news and microchips.

Although I try to calmly question the human trajectory, I also have dedicated a lot of time and thought to providing at least one small solution to our future challenges.  My concept is called The Sea Gypsy Tribe.  You can read about it HERE.