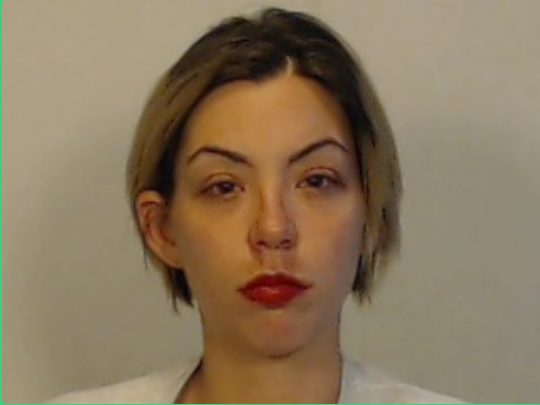 A Key West stripper was arrested after allegedly threatening her coworkers in two separate incidents in the same day.

Around 3:30 a.m. on Thursday, police were called because three dancers claimed Ashley Barrett, 26, had threatened them with a knife and was drunk and acting hysterical.

According to reports, Barrett’s three coworkers were called by another business and were told that Barrett was passing out “VIP Gentlemen’s Club” cards to their patrons and trying to solicit herself for sex. Barrett’s coworkers came to collect her, but as they walked her back to the VIP Gentlemen’s Club (where they all worked and lived) Barret allegedly began waving a knife around – at one of her roommates in particular.

That roommate chose not to press charges, but stated she wanted her removed from the property.

Later that day around 5:35 p.m. Barrett returned to the property to get some items from her locker. According to reports, her co-workers claimed she was still drunk, screaming and threatening them – only this time by swinging a flat iron (hair straightener).

Police detained Barrett and located a 4-inch knife with a sheath in her purse. Barrett was arrested, and is being charged with assault with a deadly weapon (without intent to kill).

Police stated in reports that en route to jail she claimed innocence and asked police to check her phone in order to prove that she had permission to be on the property of the club. Police checked her phone, and a text message showed that she was given permission to retrieve her belongings in the club — but only if a certain coworker was there.

That person was not at the club when Barrett entered.