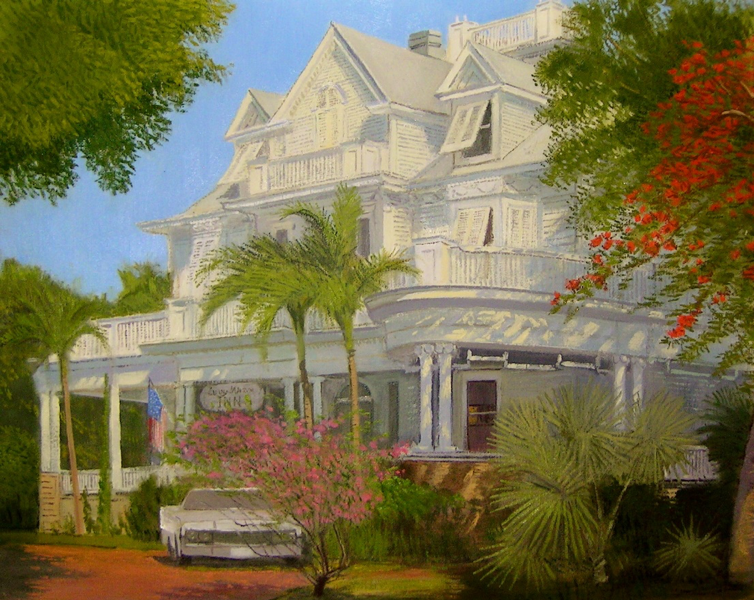 A Key West icon, Mrs. Amsterdam died in February of 2016, at the beginning of her 93rd year. That once-in-a-lifetime Continental of hers had been put to rest a few years earlier. And when Irma blew through town this past September, the category four hurricane took down Mrs. Amsterdam’s huge and gorgeous sacred fig tree, out front on Caroline.

Thankfully, Stephen LaPierre’s 16” x 20” portrait gives us a tangible memory of Curry Mansion’s ever-gracious, lively and charitable grand dame, along with her luscious tropical home, the sacred fig and the near-sacred Lincoln Continental.

LaPierre’s Curry Mansion piece will be put on the auction block next month at the Anne McKee annual art auction, to be held at The Studios of Key West.

Curry Mansion was one of sixty plein air pieces of Key West architecture included in LaPierre’s one-man show, that opened on December 12, 2012, in the main gallery of the Key West Arts and Historical Society’s Custom House Museum.

LaPierre, a two-time recipient of a McKee Artists’ award (2012 and 2013), currently divides his time between the Rocky Neck Art Colony in Gloucester, MA , and his beloved Key West. 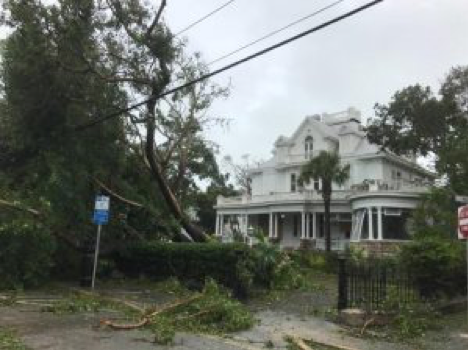