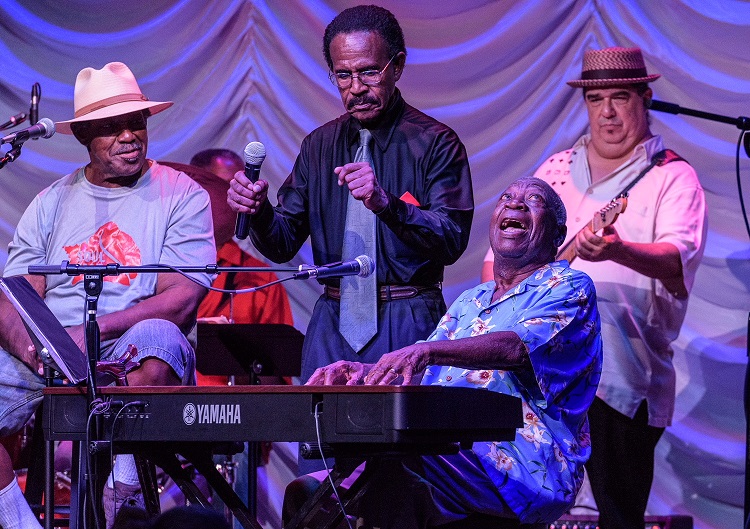 After five sellout concerts Lofton Coffee Butler and Friends returns to the Key West Theater March 18th. The legendary entertainer was born and raised in Key West, Coffee has performed here all his life retiring in 2005.  He was featured in the recent release of “The Soul of Key West, Volume II”.

Family and friends called him Loffy except for one friend that kept mispronouncing Loffy as “Coffee.” Soon the name “Coffee” stuck. Later, when he was playing at the Hukilau, the owner’s girlfriend said that story had to be embellished. She came up with the line that Coffee got his name because he was so stimulating.

This encore performance will also include the best of Key West Soul artists all born and raised on the island. The smooth vocals of Coffee’s life-long friend Cliff Sawyer will melt the stage.  The “King of Key West Soul”, Robert Albury will cover his idol Louis Armstrong and many others.  Clayton Lopez and his talented sister Mina will revive the classic soul sound of the Temptations, Smokey Robinson, the Four Tops and Aretha Franklin.  Master of Ceremonies, Will Thompson and Tom Luna will try to find out “Who Put the Pepper In the Vaseline.”

Tickets will be available at www.thekeywesttheater.com or by visiting the box office at 512 eaton Wednesdays from 12-5pm and show days beginning at 12pm.