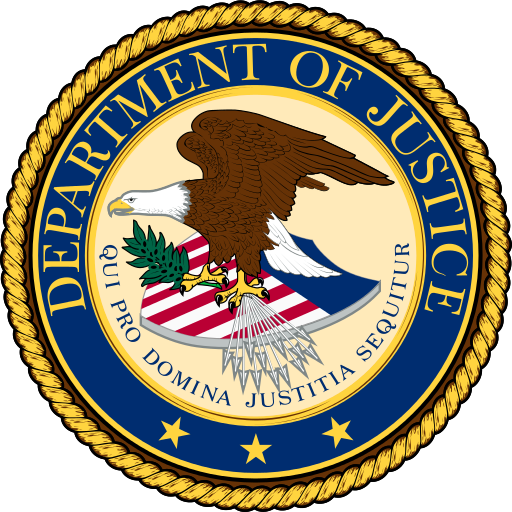 UNANIMOUS!  REQUEST FOR DOJ TO STEP IN ON EIMERS CASE / BOARD WILL PROBE DEEPER INTO TASING OF MATTHEW SHAUN MURPHY

“Garbage in. Garbage out.” That’s how Tom Milone, Vice-Chairman of the Citizen Review Board [CRB], described the concept of the Board relying on  investigative reports furnished by KWPD, FDLE, and SAO [State Attorney’s Office] when it comes to local police brutality cases.

The CRB voted unanimously on Wednesday night to make a formal request to the US Department of Justice to investigate not only the in-custody-death of Charles Eimers, but also the agencies that produced what he called, “tainted, compromised, and unreliable” investigations.

Board member Joe Pais, who along with Milone had asked for the Eimers case to be put on the Board’s action agenda, didn’t mince words either:

“It’s out of control here. You type in Key West Police Department [on the internet] and all you see is this case. There are so many videos out there. It’s pretty clear what happened to this guy… Who can Mr. Eimers call? FDLE, SAO? It was a complete whitewash. We need to pass this on – get some real law enforcement help in this community.”

Milone cited the Board’s limited budget, which would make it impossible for them to conduct an investigation of Eimers’ death from scratch, as one of the reasons for calling in the DOJ. CRB Executive Director Larry Beaver explained that the Board’s initial annual budget of $200,000 in 2003 has since dwindled down to just $77,000 [which includes Beaver’s salary and associated expenses totaling just under $50,000].

Milone referred to the Board’s “duty to conduct an independent analysis” when officers’ use of force and the department’s subsequent actions come into question.

“We are not here to parrot the reports of other agencies. We are provided investigative summaries, but I want to see the video interviews myself. I want to study the raw evidence. I don’t want to simply accept someone else’s interpretation.”

In the Eimers case Milone refers to very specific reasons for having little confidence in the investigative reviews produced by local law enforcement agencies.

“For a variety of reasons I am very concerned about those investigations. For one thing there is the second video. It is my understanding that the contact information was known by KWPD from day one and passed on to FDLE and the SAO. None of the agencies took any action. It was the Plaintiff’s attorney who obtained the video.”

Additionally Milone stated he was troubled by the close relationship between the FDLE supervising investigator Kathy Smith and [then] KWPD supervisor, Scott Smith [they are divorced and have a child together] and the recent allegation that the two were involved in a mortgage fraud scheme together back in 2010, which is currently under investigation by FDLE.

Milone also pointed out the State Attorney’s highly unusual move in hiring an expert defense witness to testify in the case for indictment to the Grand Jury. “None of that inspires confidence,” said Milone, “relying on those other investigations impairs our ability to be fair, objective, and complete.”

One newly appointed board member, Arthur Dennisson, showed some reticence to the concept of bringing in the DOJ. “Are we inviting them in to oversee the entire police force? If we invite them in – how do we get them out?”

Milone responded, “It could lead to federal charges, an action in federal court, a consent decree… We could have federal monitoring of some kind. It they find enough – then so be it. In any event, a man died here… and the contradictions go on and on. I think we need to go ask DOJ and whatever happens, happens.”

The Board’s attorney, Robert Cintron, alerted the members to the pending motion for sanctions the Eimers’ family filed last week in the federal civil rights case. The motion, which Cintron classified as “very serious”, is set for hearing in Miami on January 12th. The family is asking that the defense be sanctioned due to perjurious statements made by officers as revealed by the second bystander video. In essence, were the family to get what they asked for – the case would be won by default. “Depending on how that goes down, the civil case is set for trial in April,” said Cintron.

THE MURPHY CASE:  FILING OF LAWSUIT AGAINST THE CITY IS “IMMINENT”

While debating what to do about the complaint filed in the case of the catastrophic tasing of Matthew Shaun Murphy, board members learned that yet another excessive force suit would be heading our way. Cintron began by informing the Board that he had spoken with an attorney who is representing Murphy and that the filing of a suit against the City of Key West was “imminent”.

Cintron updated the Board about his efforts in the ongoing investigation into the complaint made by Marie Annulysse, the fiance of the young father who was tased by KWPD Officer Mark Siracuse, allegedly without warning, over three and one-half years ago. Murphy to this day lies in a vegetative state, alone in a Miami hospital.   Cintron informed the board that he had received medical records via subpoena from Jackson Memorial Hospital in Miami, which confirmed that Murphy’s severe brain injury had been caused by the Taser induced fall onto the sidewalk that night. The incident occurred in the early morning hours of April 16, 2011 while Murphy was allegedly involved in a physical altercation with local fisherman Jason Moffett on Duval St. The fight allegedly broke out after Moffett’s then girlfriend, Beverly Anderson, screamed racial insults and threats of bodily harm aimed at Annulysse, who is black.

One issue in the complaint is whether Officer Siracuse lied about giving Murphy an opportunity to stand down before firing the Taser, which is required by a Florida Statute that specifically prohibits the use of a Taser by police unless the suspect is actively resisting the officer. Siracuse claims that he was facing Murphy head on when he fired the Taser, but eyewitnesses including Moffett say Murphy was tased from behind without warning and never knew what hit him.

KWPD policy requires that photographs be taken of Taser probe wounds, but that was not done in Murphy’s case.   Records from Lower Keys Medical Center and Care Ambulance Services have been subpoenaed. Those medical records as well as records from the emergency helicopter service that was used to transport Murphy to the Jackson Memorial Trauma Center could shed light on where the actual probe wounds were located and whether the officer and later Chief Donie Lee gave inaccurate accounts of what occurred that night.

RELATED: THE CASE OF MATTHEW MURPHY: ANOTHER COVER-UP?

New board member Kathleen S. Ford was apparently swayed by the State Attorney’s “voluntary review” of the incident, which made no mention of the State Statute governing police use of a Taser. Ford motioned the board to make a finding that there had been no excessive force used by Officer Siracuse pointing out that the officer had been protecting Moffett from Murphy who was allegedly just about to throw a punch. Dennison seconded the motion, however other board members, taking into account Annulysse’s allegation that Officer Siracuse had made false statements in his incident report were interested in finding out where the Taser probes had actually entered Murphy’s body before making a determination. The Board ultimately voted to direct Cintron to continue gathering medical records in the case.

A BREATH OF FRESH AIR

At the end of the meeting, which lasted over three and one-half hours, Cintron, who has been involved with the CRB more or less since its inception, told the Board that the session had been like a “breath of fresh air”.   Cintron expressed admiration for the group saying he was pleased to see such a diverse membership and stated that their work that evening “demonstrates to the community that the CRB means business.”   Sloan Bashinksky, a resident who had been personally active in the Citizen’s initiative from which the CRB was born, and who has been sometimes critical of the Board’s lack of passion for their work agreed, “I think the CRB has come back into what it was supposed to be.”

To access all articles written by Naja and Arnaud Girard on the in-custody death of Charles Eimers click here.

16 thoughts on “CITIZEN REVIEW BOARD SHOWS ITS TEETH!”