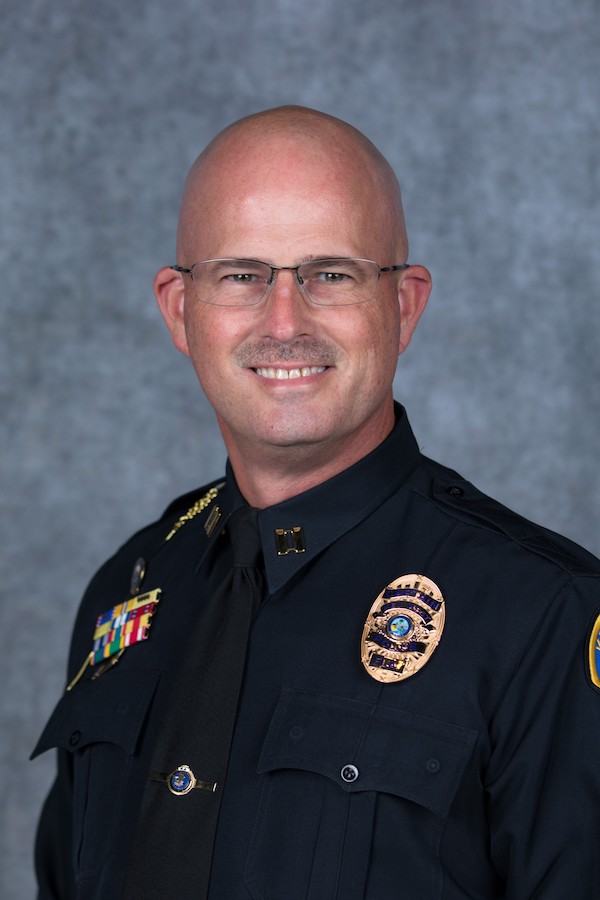 Capt. Brandenburg has been a law enforcement officer since 1990, serving his first 12 years in Indiana and joining the Key West Police Department in 2002. Capt. Brandenburg has been involved with the Special Response Team, the K-9 and Mounted Units, served as the Detective Sergeant in Special Ops Unit then as the night shift Operations Lieutenant. He was promoted to Captain of the Administrative Bureau in 2014. He received the Life Saving Medal on two separate occasions in his time with the Key West Police Department. In addition, he served as unit coordinator for the department’s K-9 Unit. In 2016, Capt. Brandenburg graduated the 266th Session of the FBI National Academy Program at Quantico, Virginia.