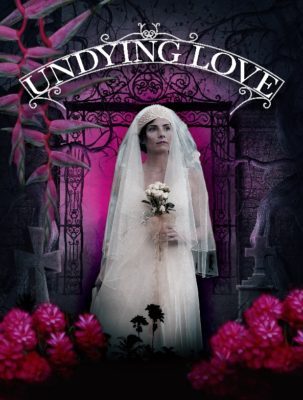 In 1930s Key West, a man who called himself “Count von Cosel” fell in love with a terminally ill girl named Elena Hoyos. Her death was the start of a bizarre but true love story that unfolds for theater fans in “Undying Love: A Key West Musical,” debuting on Valentine’s Day at The Studios of Key West, 533 Eaton St.

When the shocking result of that obsession was discovered in Depression-era Key West, it sparked national news reports. The show features projections and historical photos that evoke the island city’s isolation and the atmosphere surrounding the discovery and its aftermath.

The full-scale theatrical production stars a cast of 10 actors led by Amber Good as Elena and Jamie Callahan as the demented von Cosel.

The show includes more than a dozen original songs ranging from a risqué recap of the count’s actions to the eerie “La Boda Negra (Black Wedding),” which the delusional lover claimed Elena sang to him from her crypt. Penned by Harrison, the tunes are brought to life by a five-member orchestra.

Following its Feb. 14 debut, “Undying Love” runs for a limited engagement of nine more performances, all beginning at 8 p.m., through March 3. Ticket prices for the haunting, not-to-be-missed production range from $30 to $55 per person.