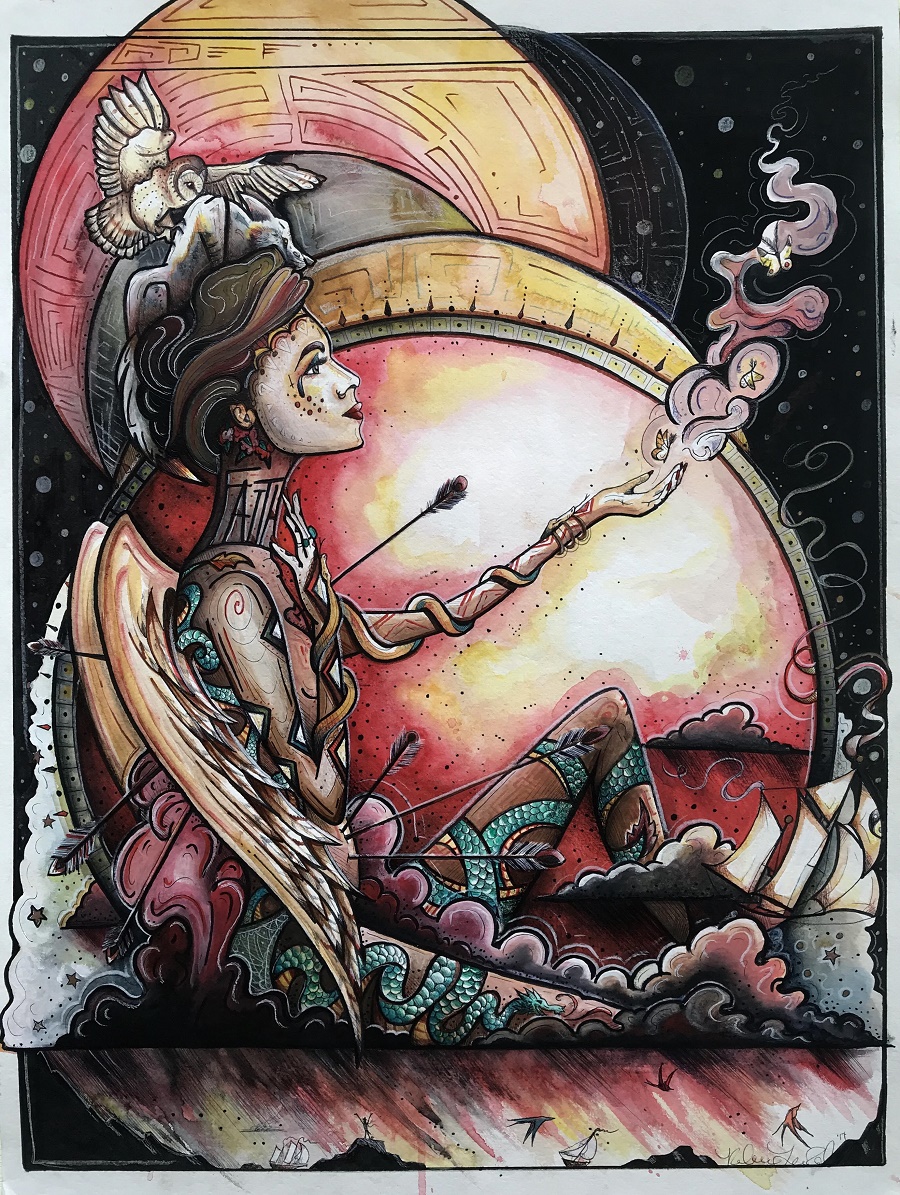 All right, I admit it. Jennifer Appel and Natasha “Tasha” Fuiava pushed all my buttons. I’m a little pissed. I’ve been fascinated by their story, I’ve read every article I could get my eyes on and listened to all the interviews and press conferences I could get my ears on. This article is my opportunity to stand in front of these women and, in a voice low enough not to be perceived as threatening yet firm enough to be clearly and definitively understood, request that they immediately cease and desist the utter bullshit.

In case you haven’t already heard, a story hit the news media recently involving two women, and their two dogs, aboard a 50 foot sailboat named Sea Nymph. These women claimed to have set sail from Hawaii, bound for Tahiti. They claimed wild, engine crippling storms, they claimed rigging failure, they claimed shark attacks and they claimed failed communications equipment. They claimed they lived off of dry food stores and a handheld water maker as they floated, helplessly adrift, for five entire months until they were rescued by a fishing boat and, eventually, by the crew of the USS Ashland, a Whidbey Island-class dock landing ship of the United States Navy.

Since then, media coverage has happened. A number of articles have come out, debunking nearly every aspect of their story. There was no storm, there were no sharks, they are not emaciated, neither one of them knew how to sail and their boat’s rig was not compromised. The women are full of shit. They are lying. The story is so full of holes and exaggerations and plainly moronic statements it holds just about as much water as a colander. Why?

But first, a bit about me. I am 31 years old, I am a woman. I have a lot of tattoos, including a few on my face. I am 6’1” tall, I am an artist by trade and I have flaming red hair. I bought a 28’ boat when I was 20 years old in Key West, Florida (it was my boyfriend at the time’s idea) and learned how to sail by fucking up everything possible. I single-handed, rather gracelessly, across the Gulf of Mexico a couple of times, I did a lot of work on my own boat and I have had my share of experiences. When I was 28, I sold the boat to attend Harry Lundeberg’s School of Seamanship in Piney Point, Maryland. I completed two phases of this program and was dropped for reasons that boiled down to purely and simply what I would like to give a shout out to Jennifer and Tasha for not helping the maritime industries healthfully manage: discrimination.

Listen, Jennifer and Tasha, if you ever read this: WE DON’T NEED STORIES LIKE YOURS IN THE MEDIA.  You are who you are, my friends, and you have a greater responsibility than the average Joe. You fucked it up. How dare you. You insult me when you describe the approach of the United States Navy by gushing, “when that big, gray boat appeared on the horizon, we knew we were saved!” Save it, sister. There’s no Emmy for best fake survival story on the internet and you won’t be starring in Lost at Sea: Pink Bikini’s for the Dogs (Sponsored by Uncle Ben’s One Minute Rice: It only Takes One Minute!!) anytime soon. These women demonstrated terrible seamanship, lack of respect for one another, their vessel and, if you ask me, the United States Navy, they are incompetent mechanics and awful sailors, they have little to no personal morals or credibility to speak of, they are God-awful navigators, they are liars, exaggerators and disillusioned by the romance of their own poorly founded concepts about one another, the sea and their ideals, they are a danger to themselves and all those around them, they have zero respect for the power and authority of Mother Ocean, they have no business operating a vessel of any size or variety and they do not know how to care for their animals, to touch the tip of the iceberg composed of their mistakes. There are a thousand articles out there now debunking and speaking factually and firmly to each of these aspects of the strange tale of Sea Nymph.  One thing, however, one sensitive aspect of this story that strikes me as the giant blonde, black and white elephant in the room is a very simple fact that has, so far, gone largely untouched: they are women.

I am not a hardcore feminist. If given the opportunity, I don’t even want to talk about it. I just want everyone to be treated the same way, across the board, regardless of everything. That. Sounds. Great. But, you know what? That does not seem to be the way this human-experience shaped cookie crumbles. And you know that Jennifer and Tasha are? They are minorities. Jennifer and Tasha identify as lesbians, involved in a relationship with one another, and they aren’t hiding it. Jennifer is a semi-pretty white, blonde girl who wants to be an actress and Tasha is dark-skinned. Combined, they’re practically a walking billboard for a company that’s trying way too hard to be sensitive. If only the dogs were Asian, that would really pull on the global heartstrings. An underrepresented minority faction in this particular scenario, a couple Shih Tzu’s would really tie the room together. Jennifer and Tasha did this for attention, with Jennifer leading the charge. It has come to light that Tasha has no sailing experience whatsoever, some joking that she was simply enamored with Jennifer and so went along for the ride to save face in the name of love. Hear this, Jennifer Appel, taking someone offshore who has no experience whatsoever, who clearly has no clue what she’s getting herself into, is not love. It is abuse and it is dangerous, cruel and disrespectful. Check yourself.

Yes, they are awful sailors. But, you know what you don’t need to purchase and operate a boat? A license. Not even a basic vision test. I could spend every last breath of my life telling you about all the idiotic shit I’ve born witness to on the water. Anybody who wants to, anybody who fancies a romantic Jack Sparrow-infused jaunt on the high seas can Parlay their MainMast right on out there into the open ocean, tie a bandana around their heads, take a selfie, post it on Instagram, #pirateslifeforme, and then fuck right off and die, for all I care. Ashes to ashes, my ill-informed friends. Its a whole other article to debunk the idiocy that is the spending of thousands of dollars to fund “rescue” missions to “save” those who were fully, one hundred percent responsible for placing themselves in a situation of great danger in the first place, not to mention that I would prefer the fine members of the United States Coast Guard NOT risk THEIR lives to save YOUR dumb ass, savvy?

Alternatively, we have some really amazing stories about truly successful, respectful and beautiful sailors. You can honor the stories of those like Sir Francis Chichester, Ernest Shackleton and Joshua Slocum, sailing their finely built craft great distances with aplomb and eloquence. We can reach further back in time and admire the fundamental cultures, traditions and roots of sailing, like the Polynesians, the Vikings and the Greeks, stories like the voyage of Kon-Tiki, countless intriguingly designed and uniquely engineered wind-powered craft and, also, authors who we enthusiastically accepted as artistic exaggerators such as Tristan Jones and Jack London. They certainly did not tell the truth and nothing but the truth, so help them God, but at least they had the decorum to make it sound good. These fools can’t even pull that off.

I digress. Notice what these stories don’t involve. Women. You know what they definitely don’t involve? Women of minority. Not racially, not sexually. The maritime industries have not only been long dedicated to the pursuits of the art of sailing and seamanship, but they have been likewise dedicated to the prevention of women doing these things. Women were, rather recently and superstitiously, believed to be “bad luck” aboard sea-going craft. One of my first heroes, Anne Bonny, was a female pirate who disguised herself as a man for most of her swarthy career. Women were only allowed into the United States Navy in the last 100 years. The history of sailing dates back at least two millennia. Women are fantastic sailors. We are intuitive, intelligent, capable and strong. We are every bit just as worthy as a man aboard a ship and finally there are women doing such long coined “men’s” jobs aboard boats, like mechanics, engineers and, yes, wouldn’t you know it, full on Captains. And they’re great at it. Thoughtful, considerate, discerning and intelligent. Professional. Because they had to be to survive.

Everywhere I went in the maritime world I encountered a whooooole lotta men. Men on sailboats, men on the docks, men on the fishing boats, men at the school, male officers and male instructors. I was one of two females in my class at Piney Point. It’s fine! Men are fine! I wanted to be there. I like the water, I love the ocean and I thought it would be cool to make my living that way. However, I am still struggling with the realization that, if I want to do that, the pressure on me because of my gender, intelligence and appearance will be far greater than it is on my male counterparts. That I will be judged, ruthlessly, just for being who I was born as. That I will have to notice your stereotypes and biases and not respond to them, time after time, to protect my own future. That I will have to prove myself every single day of my career. And this, my friends, is what truly upsets me about the story of Jennifer Appel, Natasha Fuiava and Sea Nymph. By being so fucking goddamn stupid, careless, uninformed and unprofessional, you are adding to the already present, obnoxious and unnecessary stereotype that absolutely exists in the world that I love: that women are not competent mariners. I resent you and I request, once again, that you cease and desist, immediately, your bullshit. You are making my already quite challenging path more difficult and I do not appreciate it.

We don’t need another story about women who are foolhardy, anywhere. We don’t need another story about women who are attention-whores, liars or trying to get something for nothing, anywhere. We don’t need more vapid, smiling, sort of pretty eyes compelling some kind of empathy and woe for their self-generated situations ANYWHERE. We need accountability, professionalism and stories of success. We need more wicked cool, competent and gorgeous female captains, engineers, deckhands and sailors like Jess Hewitt, Katie Walker and Laura Groves, strong female media presence like that of Kim Carver and women-run educational vessels like the Unicorn. We need more real-life heroes and kick-ass ladies like Laura Dekker, Sarah Kaplan, Emma Hutchins and Nancy Boyce and fictional characters like Disney’s Moana. I am ferociously proud of each and every one of them and I KNOW how hard it is. It shouldn’t be. Stop making it more difficult. 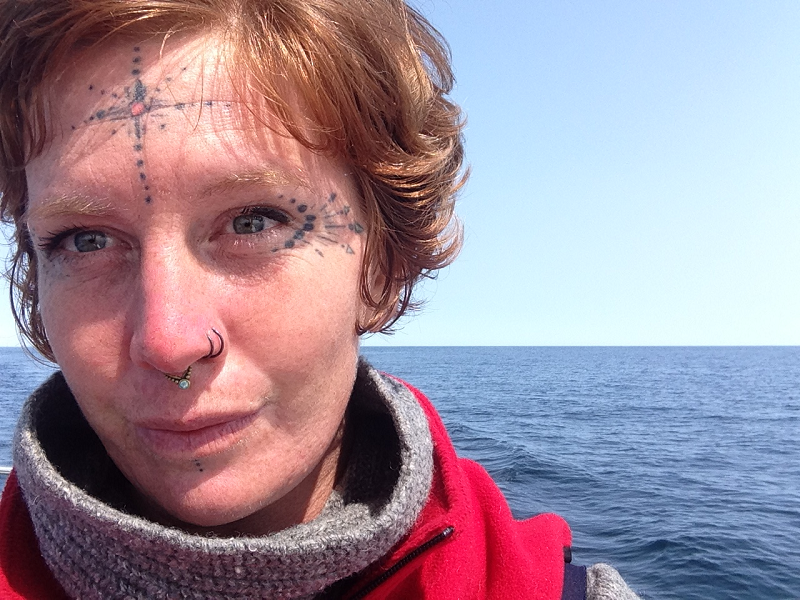 Rebecca Rankin is a visual and tattoo artist by trade ​who was raised in the southwestern mountains of Virginia. She traveled the world by boat and on foot for most of her adult life and spent several of those years in Key West and the Florida Keys. Rebecca currently resides in Camden, Maine.