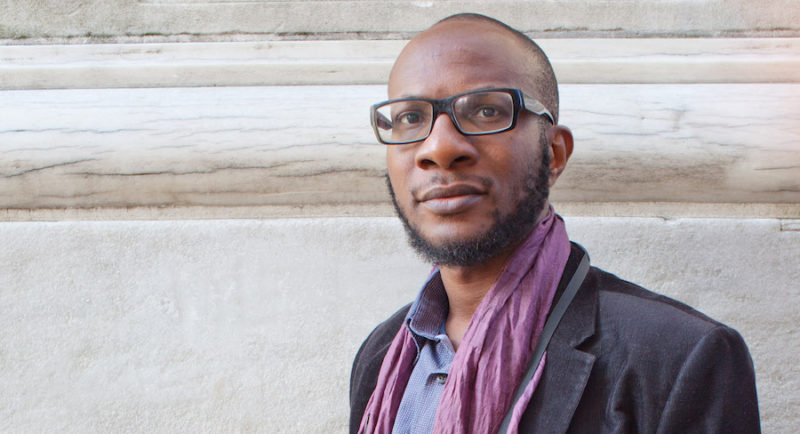 Monday, January 15, the Key West Friends of the Library will welcome author and critic, Teju Cole, to the podium at the Key West Theater, 512 Eaton St. The talk begins promptly at 6:00 p.m. Seating is at 5:30 on a first come first served basis. Admission is free.

Teju Cole is a writer, art historian, and photographer. He is the Distinguished Writer in Residence at Bard College and photography critic of the New York Times Magazine.

Born in the US in 1975 to Nigerian parents, Mr. Cole was raised in Nigeria and  currently lives in Brooklyn. He is the author of four books shortlisted for the PEN/Open Book Award, and has won the PEN/Hemingway Award. His work was included on the Year’s Best lists of the New York Times, the Telegraph, the Globe and Mail, and NPR. He has been enthusiastically reviewed in many publications.

His novella, Every Day is for the Thief, is a fictional account of a young man living in New York City who goes to Lagos for a short and bewildering visit. His novel Open City is the story of a young Nigerian-German psychiatrist in New York City, five years after 9/11. It has been translated into fifteen languages.

Known and Strange Things is a collection of essays on art, literature, photography, and politics His most recent book, Blind Spot, comprised of photographs and texts, was accompanied by exhibitions at the Steven Kasher Gallery and the University of Kentucky Gallery.

In 2017 Mr. Cole was commissioned by the Performa Biennial to present a multimedia solo performance piece, Black Paper, which the New York Times acclaimed as “quietly grave” and “thoroughly devastating.”

He has contributed to The New York Times, The New Yorker, Granta, Brick, and many other magazines, and Mr. Cole’s photography column at the New York Times Magazine, “On Photography,” was a finalist for a 2016 National Magazine Award. His work in this medium has been exhibited in India, Iceland, Italy, and the US.

Teju Cole appears at the Key West Friends of the Library Lecture Series through the generosity of the Key West Literary Seminar.