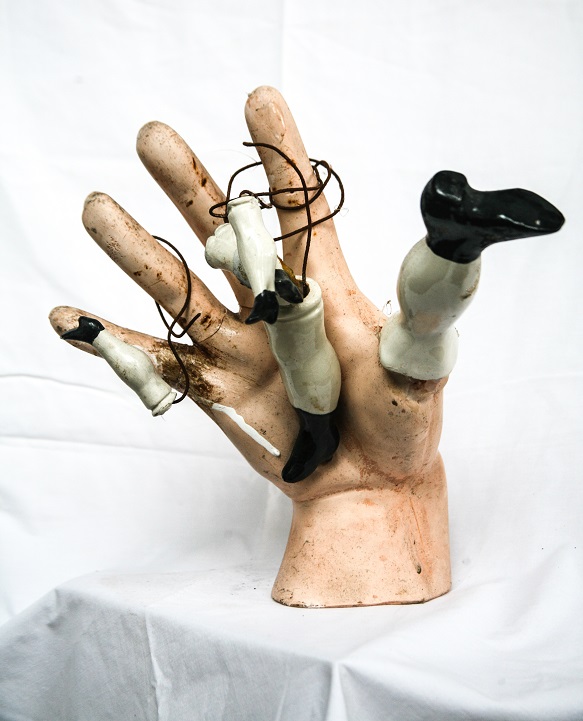 “A Litany of Errors” (sculpture) and “Time a River” (shadowbox) are among 70 of the mixed media pieces in the Marta White Retrospective presented by The Studios of Key West on Thursday, January 4 in the XOJ Gallery, with a special opening reception on from 6:00pm -8:00pm.

On Thursday, January 4, The Studios of Key West invites the public to celebrate artist Marta White in a retrospective exhibition of nearly forty years of her mixed media work in the XOJ Gallery, with a special opening reception on from 6:00pm -8:00pm.

Though White has exhibited in galleries in Key West and in New York, including the Southampton Museum, the upcoming exhibit is White’s first solo show and offers an astounding display of just a small fragment of her life’s work. More than 70 pieces of White’s mixed media assemblage sculptures and shadow boxes will be presented, inviting visitors into White’s studies in composition, memory, and loss. White’s unexpected juxtaposition of objects create a poetic tableaux that gives insight to the artist’s narrative, and perhaps evokes something within our own lock-box of memory. 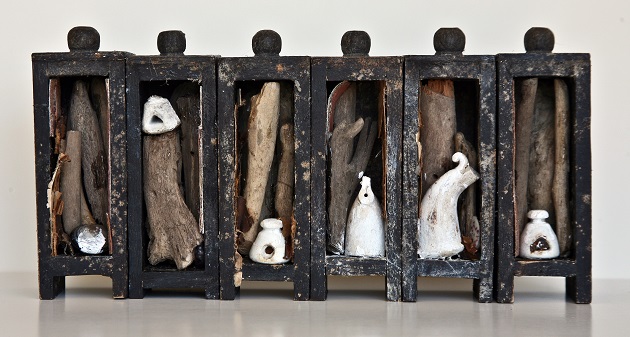 “We’re all the same underneath it all,” says the artist who has a background in theatre and set design and was one of New York’s first female directors. “We all have the same needs— to be loved, to be recognized, to be appreciated, and to feel safe.”

Some of the objects are broken parts, metaphor for the lost, volatile childhood she experienced with a bipolar father, and their arrangements often reflect a sense of unsafety.

“I think that if you’re not willing to dig deep, you shouldn’t be an artist,” she says. “The deeper you dig, the more it relates to somebody else, too.”

Found objects—doll parts, pottery, and parts of machines—feature prominently in her work. Other objects are antiques collected from her world travels- India, New Guinea, China, Iran.

“I never buy anything new,” she says. “If it doesn’t have a past life, I’m not interested.”

With her recent 80th birthday and a recent bout with Lymphoma, White has her own past to reflect upon, one she is documenting in a second book.  But she considers her life as a new beginning, with the recent sale of her Southampton Great Gatsby-ish mansion hotel where celebrities and politicians vacationed and had weddings during the forty years of her proprietorship.

“It’s the end of an era,” she says of the hotel, a former assemblage itself with more than 70 rooms filled with antiques that also housed her works and became part the hotel’s commercial clout. “I now have the need to get my work out there, and I want to devote myself to my art.”

The Marta White Retrospective exhibit is free and open to the public for the month of January.