Last Sunday morning, my homeless girlfriend Kari and I had breakfast in Pastor Omar’s church without walls at Higgs Beach next to the dog park area. Omar used to get up early each Sunday and cook a big, good breakfast, which he then brought in his car to Higgs Beach Park. I had not attended Omar’s church since probably early 2005.

Last Sunday, I learn Omar has other people doing the cooking. There are maybe 75 homeless people there, mostly men. I wonder if Omar’s historically long sermon will be different from the many long sermons I have heard from him before?

Omar still is telling homeless people they are homeless because they have not accepted Jesus as their lord and savior, even though every one of them there this Sunday morning probably has accepted Jesus several times in the past, and even though Jesus himself was homeless when he saved them and everyone else who would believe in him.

Omar still is saying salvation comes through believing Jesus was the only begotten son of God, who was crucified, dead and buried, and died for our sins, and was resurrected and ascended into heaven to sit on the right hand of God the Father.

I have heard that formula preached thousands of times in many different churches. I have never heard in a church, or from Omar, that belief in Jesus is measured by living as he lived and taught others to live; to the extent we do that, we believe in and are saved by him. Maybe both salvation formulas work, but the formula Jesus, Archangel Michael and Magdalene Melchizedek gave to me was the second one.

I told Kari, as we bicycled to the nearby public laundry after Omar’s service, that the closest to Jesus Christian minister I have spent time around lately is our Big Pine Key friend Maya, who has been feeding a smaller flock of homeless people several mornings a week in Bayview Park. Maya’s “sermons” are quick.

She tells homeless people to stop drinking alcohol, and to stop smoking cigarettes and spice, because that is doing them no good and costing them money they need for other things, and look what that did to a homeless woman, Jane Doe. Maya prays to God, in Jesus’s name, for that to come about. Maya keeps getting us to hold hands in a circle and say the Lord’s Prayer. All of which takes less than 5 minutes. Then, we eat and drink what Maya brought for us, which she cooked or bought in stores with her own money. The same Maya who once operated the wild bird rescue center on Big Pine Key.

Maya told Kari and me that she visited Jane Doe in the hospital, after Jane had a big seizure at the soup kitchen the week before last, after drinking booze and smoking spice that morning, which continued until the seizure. A homeless lay Christian lady minister told Kari and me, that when she went to see Jane, she was strapped down into her bed. A nurse said Jane had flat-lined and they had revived her, and she had tried to get up and unplug herself from the IV drips and leave the ICU ward and go outside and smoke a cigarette. The homeless lay minister told Jane she should stay in bed and rest, where it was warm – that was best for her, it was cold outside. The next day, Jane was released from the hospital. Kari and I saw Jane in Bayview Park that night. She seemed to be walking okay. Time would tell .

In closing citizen comments during this past Tuesday night’s city commission meeting, I said there is a spice problem in Key West.

I had seen spice make people behave in bizarre ways, and there is no predicting what form of bizarre it will take. Spice can be made by spraying potpourri with bug spray, but it is also manufactured and sold under the table in local convenience stores. The Navy boys like it. Mainstream people like it. Homeless people like it. Your police chief Donnie Lee in the audience and his officers knows all about spice, and that the manufacturers keep changing the formula after it is made illegal, so it’s tough for police to make a good spice arrest. A woman who used spice a few days ago flat-lined in the hospital, and is now back on the street.

It was the reason.

Jane is one or many homeless spice users in Key West. There are several in Bayview Park every morning. Some of them stay nights at KOTS, the city’s homeless shelter on Stock Island, the next key up US 1 from Key West. I have gotten to know a good number of homeless people who either do not use KOTs, or who use it reluctantly, because they don’t care for the people who stay there.

I have gotten to know even more homeless people who don’t use KOTS for fear of catching scabies and/or MRSA. Homeless people have told me their doctors told them not to stay at KOTS, because it is disease central. A homeless person told me Jerome Covington, M.D., who runs the free medical clinic in Key West, told him that he did not understand why the Health Department had not gotten KOTS straightened out.

Google image scabies and MRSA to get a graphic view of these two contagious domestic terrorists, which Key West doctors treat ongoing in their mainstream patients. That right, scabies and MRSA are not just homeless diseases in Key West.

Also during this past Tuesday night’s city commission meeting, the mayor and city commissioners, after some ceremony, passed a new ordinance providing a $100 fine for dropping cigarette butts on the ground. It was obvious during the discussion on the dais that the city leaders do not intend for the ordinance to be enforced. It’s only a civil fine. The police will not be involved in enforcement. That leaves overworked city code enforcement officers to wander Key West writing citations.

During citizen comments, I said I have been promoting this ordinance off and on for many years, and I am glad to see it, and I want it passed and rigorously enforced against EVERYONE, including the elected officials behind the dais, and everyone else, including me. I said rigorous enforcement will generate huge revenues for the city. Just go out to Higgs Beach and look at what the county’s beach cleaner picks up every morning. Just walk lower Duval Street any morning before the city’s street sweepers clean it up. And will be seen just how bad the dropped cigarette butt problem is, and how much money the city can make from enforcing the ordinance across the board.

I said, back in 2007, when I allegedly ran for mayor, I promoted the city hiring homeless people to be litter cops and dressing them up like pirates and giving them fake swords, pistols and daggers, and having them roam the streets uttering pirate oaths at litter bugs, and if that doesn’t take care of it, they threaten the litter bugs with their fake swords, pistols and daggers, and if that doesn’t get the job done, they pull out a citation pad and write tickets and hand them to litterbugs. One day in 2007, when I was in the Tropic Cinema, I received a phone call from a nationally syndicated radio station in New York City, live, I was on the air about my idea for using homeless people in that way. The host said he loved the idea. Was Key West going to use it? I said I didn’t know. I then was interviewed by radio stations across America, who loved the idea. But it went nowhere, and here I am presenting it again.

When pigs fly, I thought, but did not say. 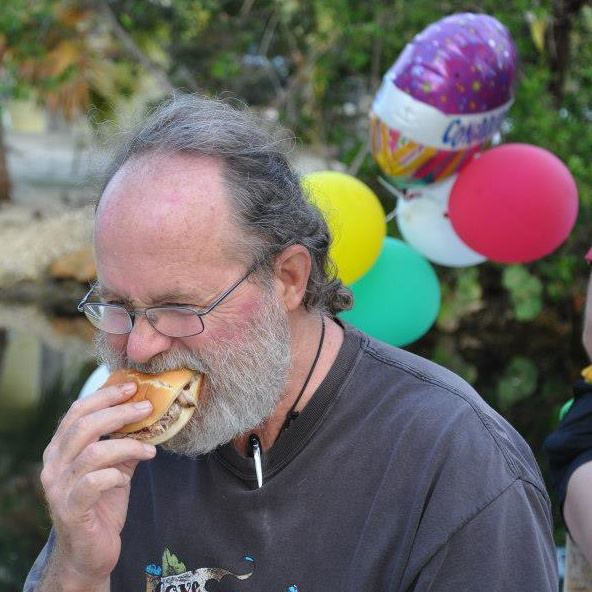