Punctuation marks. What’s their story? In the endless search (mine anyway) for the strange and wonderful, they certainly qualify. Sure, we know the period, the comma, the question mark, and the exclamation mark. But what about the guillemet, the solidus, the octothorpe, and the obelus? Each one has its own specific role in our language and its own history. Today, for no discernible reason, I’ve focused my less-than-laser-like attention on the asterisk, or, as it is better known, the *. The asterisk, like many marks and the words that describe them, is multi-functional:

The “asterisk” label for the * came to us from the ancient Greek asterikos, or little star, for obvious reasons. In that form, the character is two thousand years old, first used by Aristarchus of Samothrace in proofreading Homeric poetry to mark duplicate lines. In the Middle Ages, it came to denote the present use of linking text to an explanatory or additive “marginal” comment. 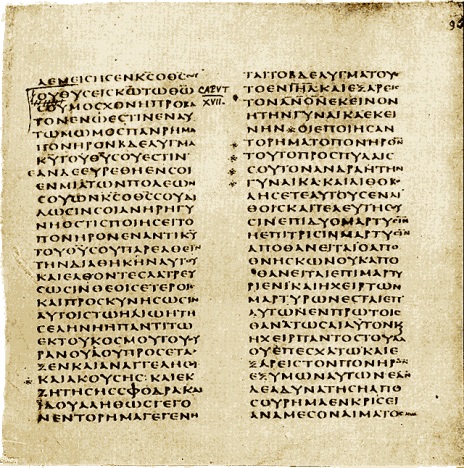 The versatile asterisk also gets used to represent a multitude of things in various fields—computer science, economics, fluid mechanics, human genetics, and linguistics, for example. The one that intrigued me the most out of these was this appearance: *book. Any guesses? If you are a gamer, you might know. I sure didn’t, but then, since birth, I haven’t progressed much beyond “War” in the game department. *book is shorthand for “splatbook.” Certain characters in role-playing games, it seems, are called “splats.” The *books are sourcebooks that provide additional details and rules options on facets, character classes, or factions in RPGs.

That’s not as exciting as I thought it might be. In my view, in the fictional world a “splat” should be a character like the Red Shirts on Star Trek, the poor sods who’s only job was to die whenever the Away Team beamed down onto some unknown planet. They should be called splats because, well, they get splatted in various and sundry horrible ways. The * well represents them because, when viewed up close, it looks like the remains of something or someone that has been splatted, or, officially, something that “flattened on impact.” 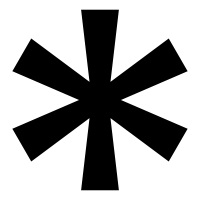 That’s all I have to say about the asterisk, other than to note that this less-than-sterling depiction of it is fated to be little more than one, an asterisk that is, in the storied history of blogdom. Much as I hate to admit it, knowing that is a f**cking great relief.