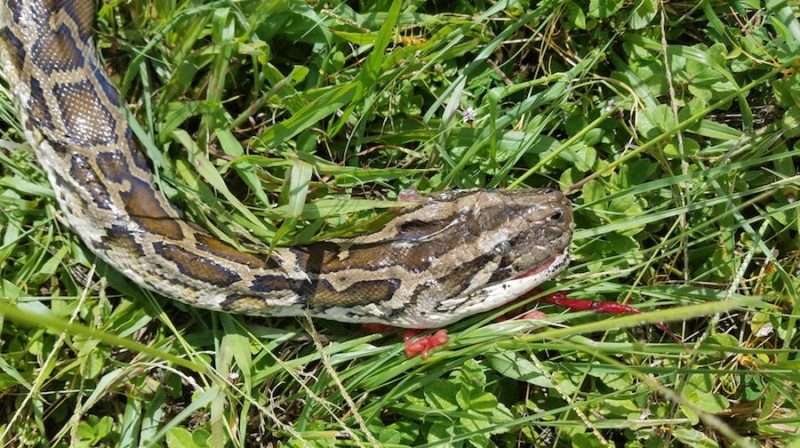 Matt Heyde was on his way to the World Wide Sportsmans store in Islamorada this morning (September 30) when something caught his eye on the side of the road. 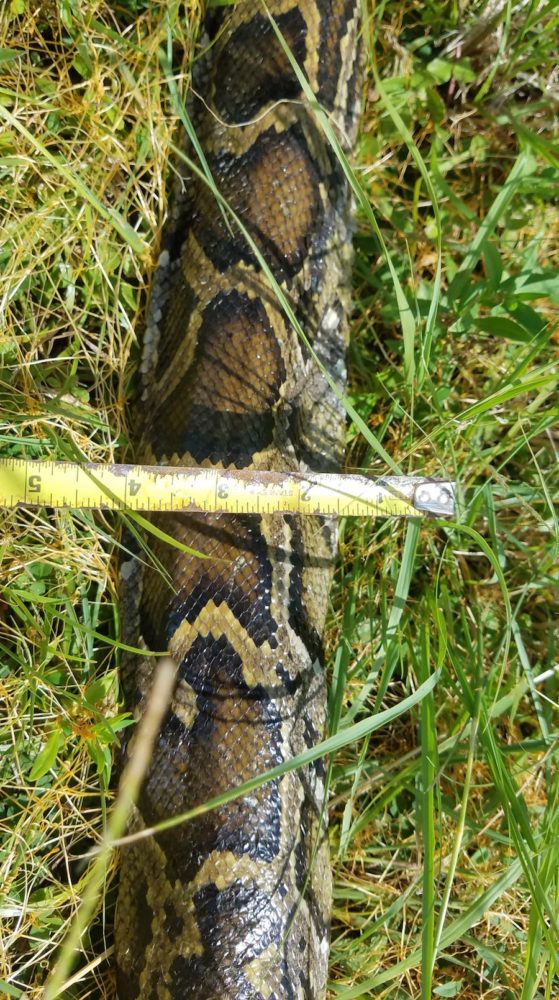 “I told myself, there’s no way that is what I think it is,” Matt  said.  There at Mile Marker 112 on the roadside (southbound) was what he believes is a Burmese Python that had been clipped by a car.

Matt said he spent much of his life working very closely with wildlife and is currently a zoo and aquarium consultant. “There’s no way it was a Ball python, it was way too big,” he said. Matt dragged the snake – which had already died  – off the road.

Matt got out a measuring tape and sized up the python – which he recorded at a whopping 9 feet long. He called the FWC exotic species hotline to report the snake. 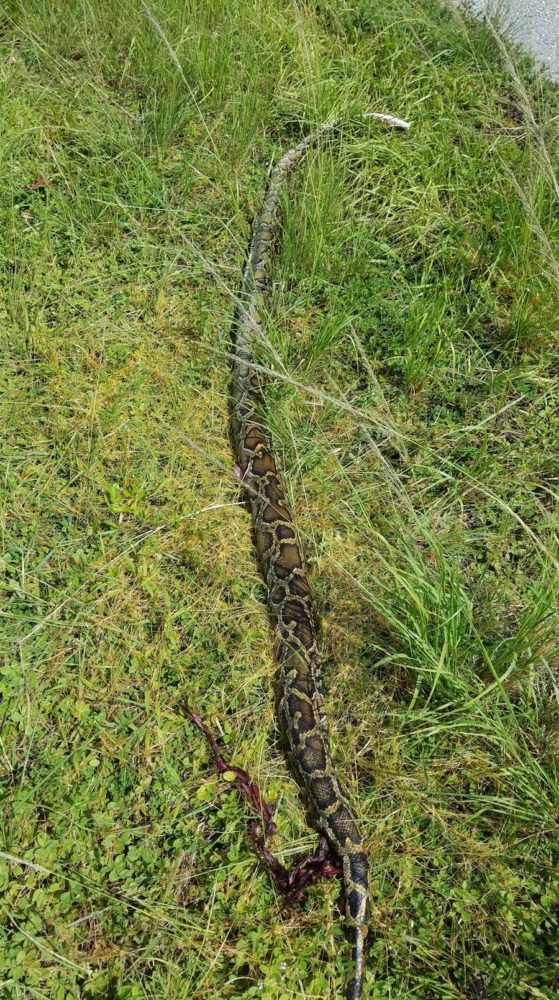 According to the FWC website, Burmese Pythons are one of the largest snakes in the world. In Florida, the non-native snake averages between 6 feet and 9 feet long (for an adult), but the largest recorded in Florida was 17 feet long. They have distinctive giraffe-shaped puzzle piece patterns and a pyramid-shaped head.

Note: We will update this report with more information from the FWC as it becomes available.