Teen flees from traffic stop, is stopped with stinger spikes An 18 year old from Washington D.C. fled from a traffic stop on Summerland Key Thursday night; he was finally stopped in Marathon when deputies used Stinger Spikes to puncture the tires on his vehicle.

Just before 10 p.m. Sheriff’s dispatchers received information a blue Ford Mustang was driving recklessly at a high rate of speed northbound from the 17 mile marker of the Highway. Deputy John Gabay spotted the car as it passed the 25 mile marker at 73 miles per hour in a 45 mile per hour zone.

Deputy Gabay pulled the car over and asked to see the driver’s license, registration and insurance. He could see two people in the vehicle. The driver, later identified as Leonidas Williams, could not produce any of the information the deputy asked him for. He asked the deputy if he could look up his driver’s license information using a date of birth and social security number.

Deputy Gabay ran the vehicle’s registration and the date of birth and social security number the driver gave him. All the information returned as belonging to a white male from Massachusetts with the first name of “Jack”. When Deputy Gabay asked the driver if he was “Jack” the driver said yes. The driver was a young black male.

When Deputy Gabay confronted Williams with the fact that he knew he was lying about his identity, Williams took off, speeding northbound. Deputy Gabay called out the vehicle description over his police radio asking deputies to be on the lookout for it.

Deputy Gabay and Sgt. Evan Calhoun continued northbound looking for the vehicle. They spotted it several times, first northbound, then it did a U-turn and went south, then northbound again.

Marathon deputies got a set of Stinger Spikes ready to stop the vehicle. As the vehicle approached the north end of the Seven Mile Bridge, they deployed the spikes which punctured the car’s tires. It came to a rest up against a fence on Knight’s Key. Williams fled on foot from the car, but he was found after three hours of searching when he finally gave himself up to deputies at 1:30 a.m.

Subsequent investigation revealed the passenger, who told deputies he was in fear for his life, demanded to be let out of the car on Big Pine Key. He was located on Big Pine Key and said he’d only known the driver for about a week and that they met in Miami. He was not arrested.

Williams was arrested. A check on his name revealed he has no license and has outstanding warrants in Maryland. He was charged with giving a false name to a law enforcement officer, driving without a license, two counts of fleeing and eluding police, two counts of reckless driving as well as multiple traffic infractions including passing in a no passing zone, speeding, and resisting arrest. 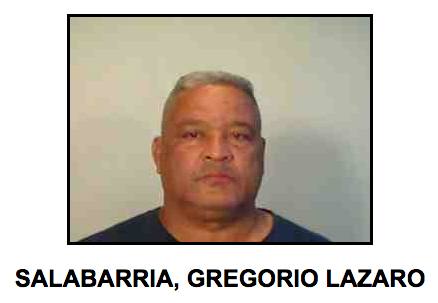 Two Miami men were arrested Monday night, charged with stealing a large amount of both copper and CPVC piping from a construction site in Marathon.

Sheriff’s Office dispatchers received a call at 6 p.m. The caller said two men driving a U-Haul truck were at a construction site at 13351 Overseas Highway taking copper pipes and putting them in the truck. The caller, a supervisor at the construction site, said no one had permission to take the pipes.

Both Salabarria and Layva were arrested. They were charged with grand theft and they were booked into jail. 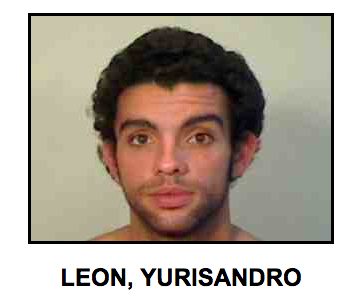 Detectives say they have brought more charges against a suspect in connection with burglaries which took place on Sugarloaf Key at the end of November.

There were at least two attempted burglaries and four actual burglaries that took place around the same time on Sugarloaf Key and on Bay Point, all of which are believed to be connected.

22 year old Yurisandro Leon was originally arrested on December 15th in connection with an attempted burglary on Banyan Lane, Sugarloaf Key. Detectives arrested him after receiving a Crime Stoppers tip. He has now been charged with two more counts of burglary, another count of criminal mischief and with grand theft in connection with burglaries on Bonefish Lane West and Hawksbill Lane.

A car found on property where Leon lives on Hansen Trail, Sugarloaf Key was searched at the time of his first arrest. Detectives found property which connected him to a burglary in the city of Key West. Leon cooperated with detectives from the Sheriff’s Office and Key West Police, and assisted them in their investigations. As a result, detectives have identified two other suspects in the burglaries.

16 year old Ignacio Valdez, who was charged by Key West Police with burglary and grand theft is believed to have been involved in the Sugarloaf Key and Bay Point burglaries with Leon; detectives are still investigating his involvement and charges may be pending against him. He is currently being held in a juvenile facility in Miami on a 21 day hold. 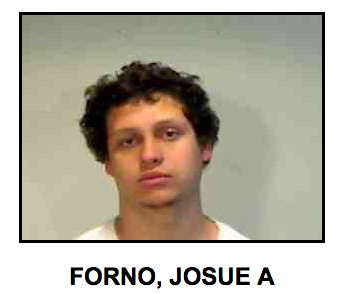 18 year old Josue Forno was arrested on December 13th on Stock Island after he was stopped by Deputy Lazaro Valdez and found to be in possession of a controlled substance – 47 Tramadol pills for which he had no prescription; he also had Marijuana and drug paraphernalia. He also is a suspect believed to have been involved in the Sugarloaf and Bay Point burglaries. His connection is still being investigated.

This investigation is ongoing. Detectives are still processing tips, evidence and information in connection with the cases.

Information in the above reports is provided by the Monroe County Sheriff’s Department. Please remember all suspects are innocent until proven guilty.