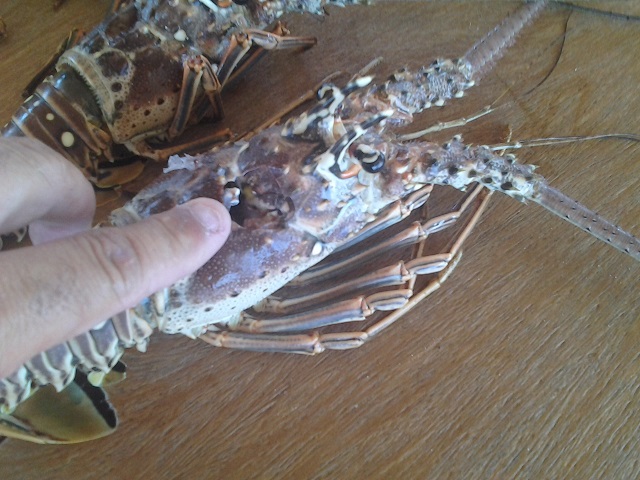 At 3:30 a.m. Sunday, Deputy Mark Martin was on foot patrol at the south end of the Long Key Bridge. He saw a group of people walking off the bridge carrying a cooler and fishing equipment. He approached them and asked if they had any fish in the cooler. Inside the cooler he found two undersized Mutton Snapper. 40 year old Geovanis Corujo of Cutler Bay said he did not know the law, did not know what kind of fish they were and did not have a measuring device with him. Corujo was issued criminal citations for the violations.

Sunday morning, Deputy Donald Stullken was on foot patrol near the Spanish Harbor boat ramp at 8 a.m. He checked with two groups of fishermen in the area. While checking the first group, he spotted a member of the second group walking away carrying a yellow plastic bag. He saw what looked like the tail and head of a fish in the bag. He followed the man, who began to crawl underneath the bridge. Deputy Stullken ordered him out from underneath the bridge. In the bag were three Mutton Snapper, all undersized. The two men fishing together said they both caught the fish. 28 year old Ruben Coto Fraga and 66 year old Jesus Hernandez Fraga of Miami were both issued criminal citations for undersized snapper.

Deputy Wilfredo Guerra was on patrol on his Waverunner offshore near Tom’s Harbor Cut Bridge Sunday just after 2 p.m. Sunday when he spotted someone diving without a dive flag. Upon closer observation, he saw the man had a spear gun. On the man’s boat, he found three spiny lobsters which had been speared. Two of the three were undersized. All were caught out of season. 43 year old Wilder Curbeira from Hialeah was issued criminal citations for having undersized, speared lobster caught out of season.

On Sunday at 8 p.m. Deputy Mark Martin was on the Long Key Bridge  conducting resource checks. He found a man fishing with two buckets, one with bait inside and the other with fish inside. 26 year old Rafael Isaza Zuluaga of Miami did not have a fishing license nor did he have a measuring device in his possession. IN the bucket he had an undersized Mutton Snapper and a Parrot Fish, both of which were deceased. He was issued criminal citations for the two illegal fish. The fish were returned to the water.