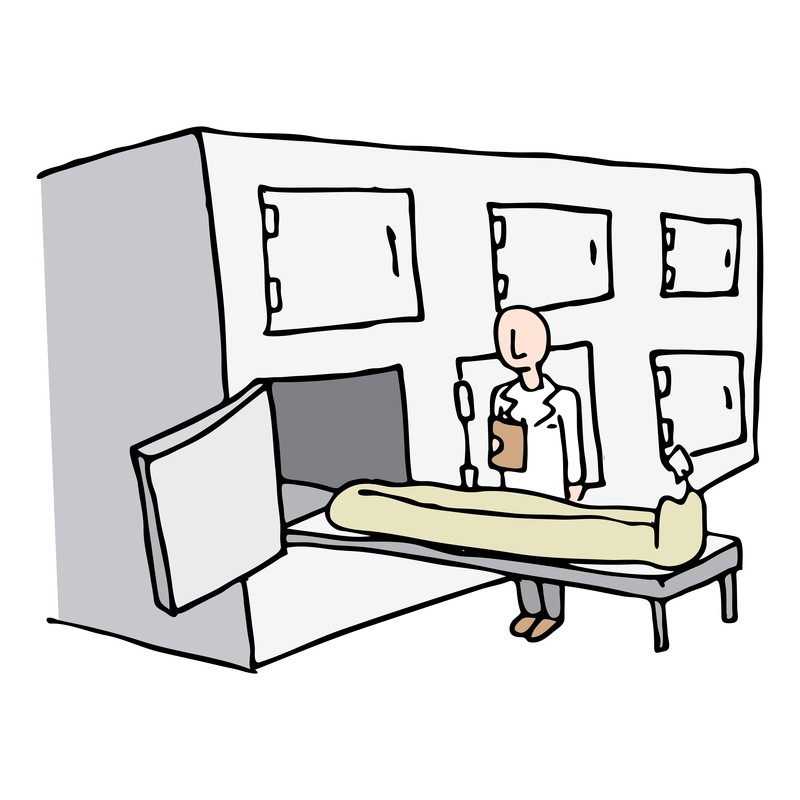 It all started with a dead body being hauled down US 1 on the back of an open-bed pickup truck. That was the unceremonious business practice of the new Monroe County Medical Examiner, Dr. Thomas Beaver. Families complained.

Then employees at the Medical Examiner’s office began leaving. The first one to leave, Ryan Moe, claimed he was subjected to abusive treatment. He told the Keynoter last May that Beaver would leave him alone to conduct critical autopsy procedures, “He’d have me eviscerate bodies and I’d still think he’s in the building,” According to Moe, Beaver would go off to play baseball or go scuba diving in the morning and would sometimes be unavailable when police were calling for him. Death investigator Zack Smith, resigned the following day. Dr. Beaver explained he was on call 24/7 so it should not be surprising that he would need to take time off when he felt overworked.

When funeral directors began complaining that they were having trouble getting burial permits and hadn’t been paid for transportation of bodies in months, Monroe County Administrator Roman Gastesi ordered an audit. That was April 24, 2015.

The Final Audit Report was released by Amy Heavilin, the Monroe County Clerk of Court, this week and, officially, no one seems to be alarmed at the results. However a careful review of the documents raises some serious questions, not just as to this medical examiner’s budget and bookkeeping, but as to Monroe County government’s past ability or willingness to require transparent and controllable accounting of taxpayers’ money. Indeed, most of the issues seem to stem from a loosely written contract.

Auditors question not only the validity of those two expenditures but also some $31,000 in “travel, food and entertainment expenses,” including two trips to Little Palm Island Resort & Spa totaling nearly $1,200 and close to $3,500 spent on fitness equipment.

Beaver spent over $9,800 for “age management” drugs purchased from an online store called Modern Therapy, thousands of dollars for gun supplies and training, baseball equipment, video games, diving equipment, a fishing trip, and restaurants in New York. Even a fitness club subscription for $320/month was paid for with taxpayer money meant to fund the operations of the Medical Examiner’s office.

Apparently the audit got off to a rough start. Dr. Beaver immediately hired a lawyer and refused to open his office to auditors. Through his attorney he denied them access to certain types of records claiming only records specified under the contract would be furnished. Auditors state they were not given all of the documentation they requested and were required to make formal public records requests in an effort to obtain more information.

In fact, Dr. Beaver, apparently, did not have very much in the way of “accounting” records to show at the time the audit was announced. He admitted having to re-create the record after-the-fact. Nonetheless, the report states that over $90,000 in expenditures remain unsubstantiated, with no backup documentation available.

Dr. Beaver claims he was hired as an independent contractor to provide a specific service for a fixed price; as long as he adequately provides the service, how he spends the money awarded to him under the contract is totally up to him. In other words, he argues, instead of paying himself $180,000 and spending $70,000 on personal expenses, he could have simply paid himself $250,000. An amount, he says, that is well within the range of a Medical Examiner’s salary. However, auditors point out that Dr. Beaver would be required to declare the value of any of these added “employee benefits” to the IRS. Beaver admits that his salary was designated as $180,000 a year.

In Beaver’s scenario, any funds not spent on the operations of the Medical Examiner’s office in a given year would translate into more money for the independent contractor. Dr. Beaver slashed expenses: He stopped paying for workman’s compensation. [He has since reinstated that coverage which was required under his contract.] Arguably, the pickup truck transportation scheme could also have been a way to cut operating expenses by avoiding having to pay funeral directors [who normally charge $350 per trip.]

Commissioner Carruthers described the situation as “a real learning process.” “The Medical Examiner doesn’t actually work for the County,” she explained, “He is appointed by the Governor, but the State legislature has the counties foot the bill — with basically no oversight.”

But the legislature did mean for there to be some protection for taxpayers when it comes to funding the offices of the County Medical Examiners: Under Florida Statute 406.06(3) Counties are required to fix the amount of a Medical Examiner’s salary and fees.

Apparently that has not been happening and Monroe County Medical Examiners, for years, have been left with wide latitude when it comes to their budgets and spending. In fact, this is the first audit of the Monroe County Medical Examiner’s office since 1997 and previous medical examiners have not been required to provide detailed expense reports. Commissioners have been approving lump sum payments each year based on the unsubstantiated budget demands of the medical examiners.

Dr. Beaver was the Chief Medical Examiner for Volusia County from 1999 to 2006. He should know how to manage public funds, which brings us to a few other strange findings in the auditors’ report: Beaver has a full-time bookkeeper who appears to have taken an array of curious financial decisions. Some $12,550 in cremation permit fees went uncollected and when asked by auditors why there were no records documenting her own compensation, she said she’d simply delayed paying herself for over a year. Is that a red flag?

Last July Beaver claimed he had projected a sharp rise in unattended deaths and demanded a 30% increase in his annual payments. “Unattended deaths” [those occurring outside the supervision of a doctor] trigger an examination by a medical examiner.

“There’s no way we can absorb this,” said Commissioner Carruthers at the time, “This represents that suddenly like 25% more people are gonna’ die from unnatural circumstances this year than last year. I doubt it. It’s ridiculous!”

During the July 2015 budget hearings Dr. Beaver asked for a $188,000 increase to his then $628,000 a year contract. Among the new detailed expenses he’d laid out was a $1490/month cost for an apartment rental for “visiting professionals.” Commissioner Heather Carruthers didn’t buy it, “Who are the visiting professionals? Why are they visiting, and why are we spending $1500 a month for them?”

The auditors also questioned the Medical Examiner’s current charge to the County for rent for “visiting professionals” after the Landlord verified that the apartment in question was in fact Dr. Beaver’s residence.

“We walked down a path thinking there wasn’t going to be a problem,” says Carruthers, who explained that the contract the County is using is a template used by all 67 Florida Counties. “Our attorneys are looking at the contract. Absolutely we are going to be making changes to the contract. Maybe we’ll even take this to Tallahassee – possibly ask legislators to have a look at these statutes that haven’t been looked at since the 70’s. There needs to be some accountability.”

Dr. Beaver now claims the previous Medical Examiner, Dr. E. Hunt Sheuerman, was earning a salary of $240,000 a year but when we asked the County for past detailed budget documents for the period Sheuerman held the office we were told there were none. “We have no idea where he got that number from,” said Carruthers.

Beaver recently submitted a new proposed budget for the fiscal year beginning October 1, 2016. County Administrator Roman Gastesi called it the most detailed budget [for the Medical Examiner’s office] he’s seen since he began working for the County. This time Dr. Beaver is asking for an increase from the current $631,370 to $686,055 per year to include Beaver’s proposed $240,000 salary.

Budget meetings begin on May 24th.

32 Responses to “Medical Examiner Buys Himself Video Games, Gun Supplies and a Truck With County Money”