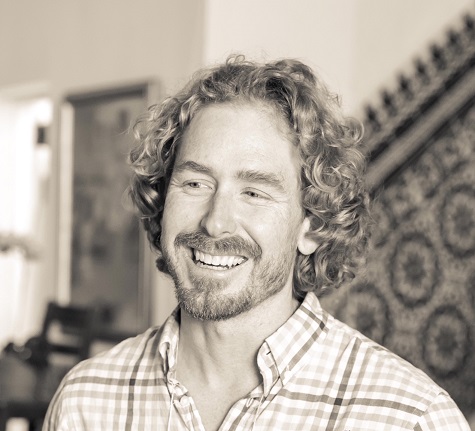 On Mon., Feb 12, the Friends of the Key West Library will host Arlo Haskell at the Key West Theater, 512 Eaton St. as part of its speaker series. Admission is free. His talk begins promptly at 6:00 p.m. Seating starts at 5:30 on a first-come, first-served basis.

Mr. Haskell is a writer, historian, literary organizer, and publisher. Much of his work focuses on the literary and social histories of Key West, Florida. As executive director of the Key West Literary Seminar, he is responsible for the vision and programming of one of the country’s preeminent literary conferences.

Haskell’s new book is The Jews of Key West: Smugglers, Cigar Makers, and Revolutionaries (1823-1969.)  Drawing on years of independent research, The Jews of Key West is the first book to chronicle the development of South Florida’s oldest Jewish community.

Literary biographer Robert Richardson has written: “Think you know Key West? Think again. Arlo Haskell’s new book uncovers in fascinating and vivid detail the story of the immense impact the Jewish community has had on the basic culture of Key West. Whether it’s the black community, the Cubans, the cigar factories, the peddlers, Prohibition, smuggling, immigration, or real estate you are interested in, this book will have wonderful surprises and multiple delights for you. Haskell gives us Key West before it was ‘Hemingwaylaid’. The Jews of Key West is a terrific, absorbing read; I could not put it down.”

The novelist, historian, and memoirist Phyllis Rose wrote, “If, like me, you were always puzzled about why Jews from Germany or Eastern Europe would locate themselves anywhere but New York, you will rejoice that Arlo Haskell has written The Jews of Key West. His brilliant and fast-paced narrative dazzlingly combines breadth of vision and grasp of detail. Anyone at all interested in the subject will be completely satisfied by this wonderful book.”

Haskell is also the author of the poetry collections Fool Proof and Joker. He has edited critically acclaimed editions of poetry and literature in translation, including The Last Books of Héctor Viel Temperley, translated by Stuart Krimko and named a BOMB magazine “Editor’s Choice” for 2011. He published Harry Mathews’s poetry collection, The New Tourism, and is the editor of Mathews’s posthumous Collected Poems: 1956-2016 (forthcoming, 2018.)

He lives in Key West with his wife Ashley and their daughter Aviva.