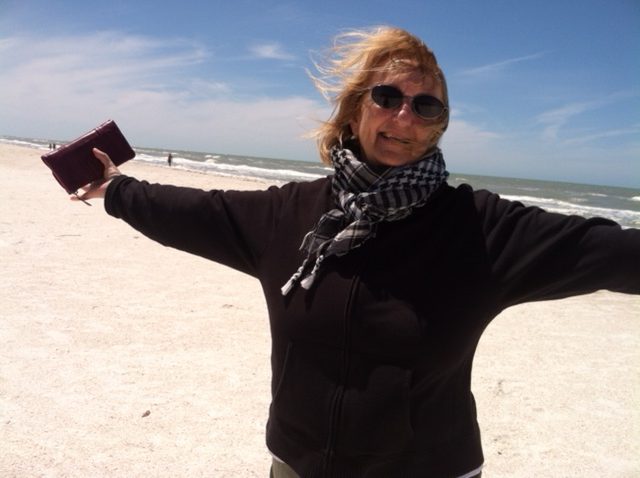 Mary McNulty Powell, Island Lady and Great Friend to many, asked to have her ashes placed in the Gulf water of the Keys which she so loved. An educated social worker and counselor starting in Mass., (where her grieving sister and family still reside), her father a sea captain, Mary found her place in Key West in the 70’s. She transversed the island starting at Sloppys, where she met Trish and Kathy and other lifelong friends, and moved on to work for FKCC, Monroe County Recycling, Bayshore Manor, Chosin Roofing and Key West the “Blue” Newspaper, where according to Dennis Cooper she “played a major part in its success during its early years.” She also worked for SteriCycle, the Tops’l Schooner Wolf and Healthy Start where she placed all those warnings to pregnant mothers about alcohol on bathroom stalls. She also had a variety of side jobs. And along the way she made many good friends like Vinny, Mark, Kathy, Richard, Terri and Dotti, too many to name.

Mary was pre-deceased by the two closest men in her life, John and her longtime love Ray. She stayed in touch with their families, especially with Ray’s son Mark who she felt her own. In recent years she met her biological daughter Mel, who, like herself, was adopted.

Mary was loved by many and pissed off many too, especially bureaucrats who she had no patience for. Mary was not known to hold her tongue or her opinions. She was passionate about the working class or ‘little people’ but you wouldn’t want to get her started on politics. You would learn to regret it.

Victim of the changes and cost of living, Mary moved to Gulfport Fl. a few years ago where her dear friend Jane lives, and she found her happiness working with the elderly at the senior citizen center.

A memorial will be held on Feb. 25th 10 am White Street pier

Bring your outrageous Mary stories (or email them if you cannot attend.) We each have at least one to share.

One Response to “In Loving Memory of Mary McNulty Powell”