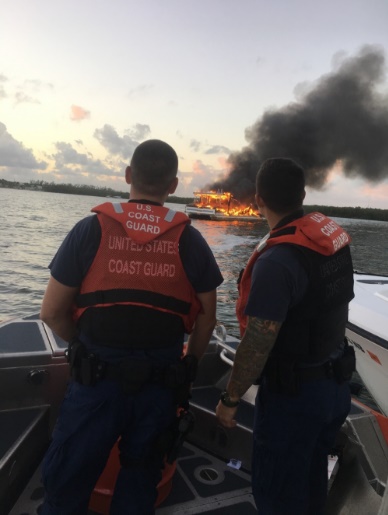 The station SPC—LE crew arrived on scene and assisted in putting out the fire on a 50-foot houseboat using the wash from their propellers.

“Once on scene we got together with our partner agencies to help establish a safety zone to keep other vessel traffic out of harms way,” said Petty Officer 1st Class John Fleming, operations petty officer, Station Islamorada. “We also monitored the fire due to the close proximity to the mangroves and it’s potential for impacting the environment.”