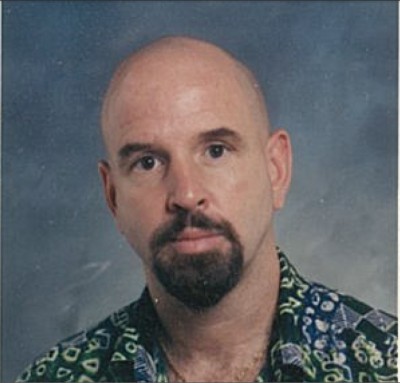 An un-awakened consciousness, triggers all manner of mayhem and confusion. I’m not startled by the acts of horror, violence and degradation that are committed by human beings.

There aren’t any limits to the violence and pain that an individual will inflict upon another; after they’ve been brainwashed, duped and deluded via an upbringing constituted upon the propagandized conditioning set forth in our ‘materialistic world’.

The types of dogmas and teachings proffered by the orchestrators of said ‘rat race’, frequently produce desperate individuals, whom have manifested severe neurotic disturbances birthed by their own suffering, inauthenticity and pointless existence.

Dysfunctional and toxic adults, all too often propagate and enable diseased offspring, as they collectively dance to the tunes manufactured by their fiddlers.

Neglecting the spontaneous hunger that children have to find self-fulfillment and purpose in their lives; has lethal implications.

Generational absences of an authentic educational system, along with the abrogation and repudiation of any metaphysical training capable of uplifting the consciousness of our children, thereby stimulating their growth and evolution towards the attainment of a Self-Realized or Self-Actualized state of mind; has consequences.

As a ‘species’ we haven’t any reason to be startled, confused or indignant by some ‘sick’ member(s) of society barbarously slaughtering another human being (s).

The more significant an individual’s pathology, the greater their counter-intuitive impulses to lash out and transgress natural law.

Notable to the narcissistic themes embedded within many cultures, severe breeches of traditional and authoritative standards; often brings notoriety, celebrity and fame. Regardless of the wisdom generated by the ‘traditions of antiquity’, these ‘passé civilizations’ have been abated and scorned as irrelevant; for their emphasis upon the secular and profane were modified by an enlightened and ethical adherence, which spurred an awakened and spiritualized consciousness.

Nowadays, just being different is rewarded. Whether the difference serves a utilitarian purpose or not, is unimportant. It brings instant recognition, requires little effort and allows one the comfort and protection of fitting in with those reveling in the ‘new normal’. “All change is not growth, as all movement is not forward.” – Ellen Glasgow

It’s not about brilliance and achievement anymore. Politically charged rhetoric that marches lock step with ‘agenda driven narratives’, while paying tribute to the powerful; are of far more importance than disseminating eruditely discovered scientific truths; via an accurate, credible and detailed examination of phenomena.

Many people are devoted to blocking out and distracting themselves from the painful realities that have risen up from their unresolved internal disturbances and conflicts. They prefer to be dazzled with the bullshit they are in agreement with, rather than addressing the disturbing data within, and before them.

An insipid society, which conditions its children and citizens by chronically exposing them to a plethora of violent video games, movies, song lyrics, objectified behavior and sensual stimulation; while offering little or nothing in the way of instruction, which would build character and a principled way of living; is not destined to thrive nor survive.

Our children are not offered a counter weight to offset the drag of a culture devoid of spiritual insight and wisdom; a society whose prevailing focus of entitlement and nuanced egocentricities exacerbates the anguish of our children’s needs, concerns and unanswered questions. In lieu of silencing their cries for liberation from the bondage of their ‘unrealized selves’ with proper training, they are indoctrinated with partisan ideologies that have little basis in fact.

Kids are smart. They know when they are being lied to. As ‘societal forces’ mold them into little accomplished automatons, they are injured and scarred. Marginalized and compromised, their perpetuated discomfort and ignorance creates a forlorn existence.

After the gadgets, gismos and intoxicants wear off; many feel as though they are in hell and they’re never going to get out. A life of ‘quiet desperation’ is not really a life at all. Coping, pretending and going through the motions are zombie like qualities, certain of extinguishing all hope and dreams.

An education devoid of the ‘wisdom of the ages’ is a recipe for disaster. School Systems, governments and corporate CEO’s specialize in marketing ploys, agendas and disinformation; fostering students that will continue to fall behind their world-counterparts, sinking deeper into a state of dependency and incompleteness. At an intuitive level, cognizant of their despair and inadequacies, whom shall they trust and where shall they turn for guidance and direction; having been so resolutely betrayed by those entrusted with their care.

Lacking wisdom, self-esteem and confidence; many students assume the prescribed roles and set paths for which they’ve been programmed. Some rebel, others drop out. During a recent research project I came across a startling statistic, 29% of the students in Florida drop out of school. Think about that for a second. Nearly 1 out of every 3 students will drop out of school. I can understand the disinterest and disconnect demonstrated by the many students who have chosen to abandon the classroom. Nothing really has been done to turn things around. Simple and easy fixes are ignored, so that big money items and names can be brought into the bureaucracy, giving the appearance of propriety, while assuaging the incompetence and neglect of many school districts.

Misguided adventurism, misbehavior and criminal conduct are often rationalized and justified via the delusional and conditioned state of mind birthed by an ‘ego driven material world’. Self-absorption is finicky and whimsical, ultimately leaving one disappointed and empty; cheating those who crave and covet their self-indulgence, from actually experiencing the beauty, purpose and meaning of life.

I am not rattled by the instability and aggression of a violent planet. It is as it is, for a reason. Myself and many others have found a way to experience exhilaration and friendship, while residing in the ‘world’s torture chamber’. We’ve been able to give and receive love, while detaching ourselves from those embodiments of creation, which birth and maintain delusion (maya). We’ve been taught how to wear the material world as a loose garment, while riding loosely in the saddle of life.

Driven to despair and disillusionment, I reached a point where the derivatives of my self-imposed bondage (hardheadedness and inflexibility), were smashed. I was released, able to discern the significance of some teachings that were being shared with me. Longing to make some sense out of my pitiful existence, a wise man shared these words: “If you want peace, think peaceful thoughts. If you want to change the world, change yourself first”.

Not only were these words spoken to me, the means by which I could construct a new design for living were patiently taught to me by these ‘guardians of the gate’.

My struggles, failures and disappointments provided me with prerequisite lessons necessary for my development. This invaluable instruction brought me to a place where I was ready to grasp hold of whatever guidance and direction, might be offered me. I was a broken man. Laying prostrate on the rim of the abyss, I finally shed the obstinacy and ignorant attitudes that had enslaved me. I become as opened minded as the dying, willing to do whatever was asked of me. The student had been made ready and my teachers appeared.

Through the years I’ve developed a belief that ‘to whom much has been given, much is expected’. I continue my work at preserving the awakenings I was gifted with. To return to the darkness, from whence I came, requires my abandoning the awareness, realizations and discoveries that were given me by the God of my understanding.

I’m a lot of things, but stupid is not one of them. I know where my bread is buttered. Until I find a sufficient substitute, I’ll maintain a relationship with the ‘Author’ of it all.

As the oft celebrated independence of July 4th approaches, perhaps it will trigger an emergent interest to catapult our ‘spiritually encapsulated force’ into another dimension, one that will allow an authentic expression of our beauty, creativity, genius and gratitude.

4 thoughts on “Breed Airedales – Get Airedales”