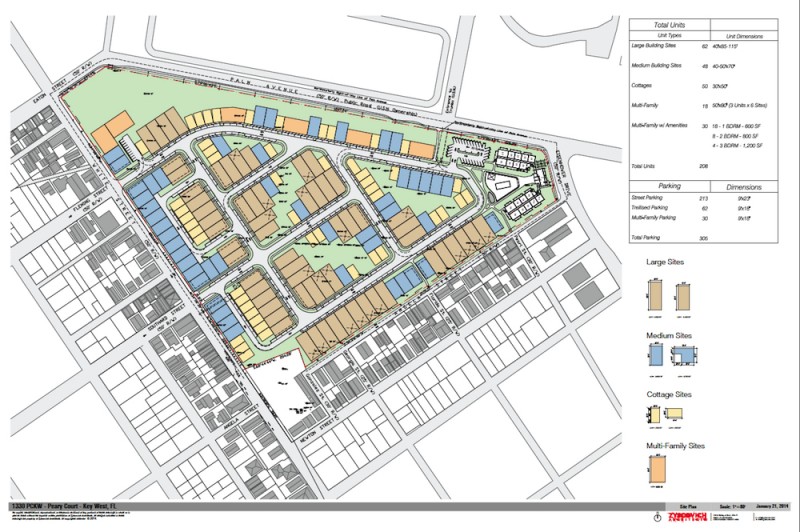 White Street Partners is sneaking in under the radar…again… with a new plan to develop Peary Court.  With the exception of two 8 inch by 10 inch placards affixed obscurely to the existing Peary Court fence, there has been NO notice given to the public regarding their highly evolved plans to create an unprecedented 24 acre “Olde Towne” development at Peary Court.  There has been NO official notice in anything of record, NO articles in the local newspapers, NO mention on radio or TV or the internet, NO meetings with the general public as promised last year when their original plans were shut down.  And yet, on this coming Monday evening at 5:30 PM at the Old City Hall on Greene Street, HARC will review this massive proposal and make a decision to give it the green light.  I’m not kidding.  This whole proposal, one shot by HARC, this Monday night.

How can this be?  How can a project of of this scale in the middle of and at the gateway to Old Town get so far with so little oversight?

In a last minute meeting this Sunday arranged at great effort by Meadows residents with WSP representatives  (Donna Bosold, formerly of HARC, and Jim Hendricks, formerly face man for Pritam Singh at Truman Annex), we were  shown only small scale plot plans of their new proposal.  They felt the architectural drawings were too complicated for them, and certainly for us, to understand, and were therefore deliberately with held.

It appears that everything existing, including all roads and infrastructure will be ripped out.  It will replaced with an all new road and a perimeter fortress type layout of maximum density and minimum setback and screening.  There will be 160 new “high end dwellings”, plus 20 additional “cottages”, tight to White and Angela Street, both of which will become walls of of houses and swimming pools.   The developers are refusing to reveal the total number of bedrooms proposed, but it is clearly far more than currently existing.  At the Eisenhower end, between Palm and Angela up to Pearl Street, there will be an immense 48 unit building complex (possibly a low income housing gulag–not integrated into the rest of the development) and large parking lot, pool, and gigantic water tower.  Renderings of these structures, which we were finally able to view at City Hall, are particularly shocking in both size and scale.  It looks like a prison camp.  All this to become the first face of Old Town to travelers headed into town on Palm Ave.

Openings will be made in the existing Angela Street fence, allowing the new Peary Court residents to access and park on an already overburdened Angela Street, Florida, Georgia, and Newton Streets.  A new traffic entrance will be created  at Fleming Street, and in a particularly bizarre development, the existing entrance from Palm Ave will be closed off, forcing all residents to use White Street, either traveling further on Palm or cutting through the Meadows.

Perversely, the interior of the development will be relatively open and free, almost park like.   The density of the housing, and the noise of the common areas, is being foisted on those of us on the perimeter, not screened inside or even along the more indifferent Palm Ave. corridor.

Not to mention the fact that the construction phase of this project will be TEN YEARS.  That’s right, ten years of noise, debris, dirt and dust on the scale of the Roosevelt Blvd project for everyone in the vicinity to endure.

HARC has never adjudicated a project of anywhere near this scale.  Their mission, and their ability, is to review one building at a time, not 24 acres worth.  They cannot green light this project on Monday night.  This requires much more attention and due scrutiny, as this is the largest buildable parcel left to developed in Old Town Key West.

If you care about Old Town, or about any of the issues such a massive project like this entails, talk to your fellow citizens, city commissioners, and town planners.  Above all, attend the HARC meeting this Monday at 5:30 and let your thoughts be known.

3 Responses to “WHITE STREET PARTNERS SNEAKING IN UNDER THE RADAR, PEARY COURT DEVELOPMENT ROUND TWO”