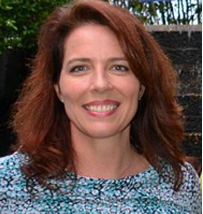 Margie Smith, President of United Way of the Florida Keys since January 2010, will leave the agency at the end of this year to join her husband’s investment management firm in Islamorada.

Smith said she is excited about her new position but sad to leave a job that has been so much a part of her for almost five years. “As President of United Way I’ve had the unique opportunity to see a detailed picture of who we are as a county, and to interact with so many public service-minded individuals,” she said. “What we have here is special.  I’ve never felt so profoundly connected to a community as I have here in the Keys.”

Smith will join her husband Cale’s firm, Islamorada Investment Management. “This was Cale’s own creation,” she explained. “He’s an independent, registered investment adviser and a fiduciary, which means he’s required by law to act solely in the best interest of his clients. His firm has grown a lot in the past few years and he’s ready now for a major expansion. I’m going to help with that.”

United Way of the Florida Keys has been raising funds to support nonprofit agencies in the Keys for more than 30 years. The funds are raised primarily through payroll deductions in the workplace, and all funds raised in the Keys, stay in the Keys. “We’re very sorry to see Margie go,” said Leah Maki, United Way Board Chair, “and very grateful for her outstanding service.” Maki noted that United Way’s annual revenue has increased substantially since Smith became President. “Margie’s workplace presentations about United Way—and her ability to connect with such diverse audiences—have been a big reason for that,” she said.

As a result of these efforts, United Way has become more visible and well regarded in the Keys. “One of the things I’m proudest of,” Smith said, “is that now people all over the Keys know who United Way is and that we have a unique role to play in addressing community needs. While we’ve been supporting the community for over 30 years, we are doing more now and engaging more people in our work than ever before.”

Smith has a Master’s in Public Administration from Southern Illinois University. When she moved to the Keys from Washington, D.C. in 2005, she left behind a career in aviation that started in the field but became increasingly focused on advocacy and organizational reform.  She staffed a Congressional commission that wrote legislation to both restructure the way the aviation industry is financed and regulated and create the federal government’s first Performance Based Organization at the FAA. Smith also represented the nation’s public airports before the federal government at the American Association of Airport Executives, while simultaneously volunteering as the Executive Director of a local nonprofit.  She was a finalist for the prestigious White House Fellowship in 2001.

Smith resides in Islamorada with her husband and two daughters.

United Way of the Florida Keys will conduct a Keys-wide search for Smith’s replacement, as well as talking to candidates who have led United Ways in other parts of the country.

“We want to find the very best person possible to replace Margie,” Board Chair Leah Maki said. “These are very big shoes to fill. Our ideal candidate will be able to continue the great work Margie’s done and build on it.” The new President will take over on January 1st.