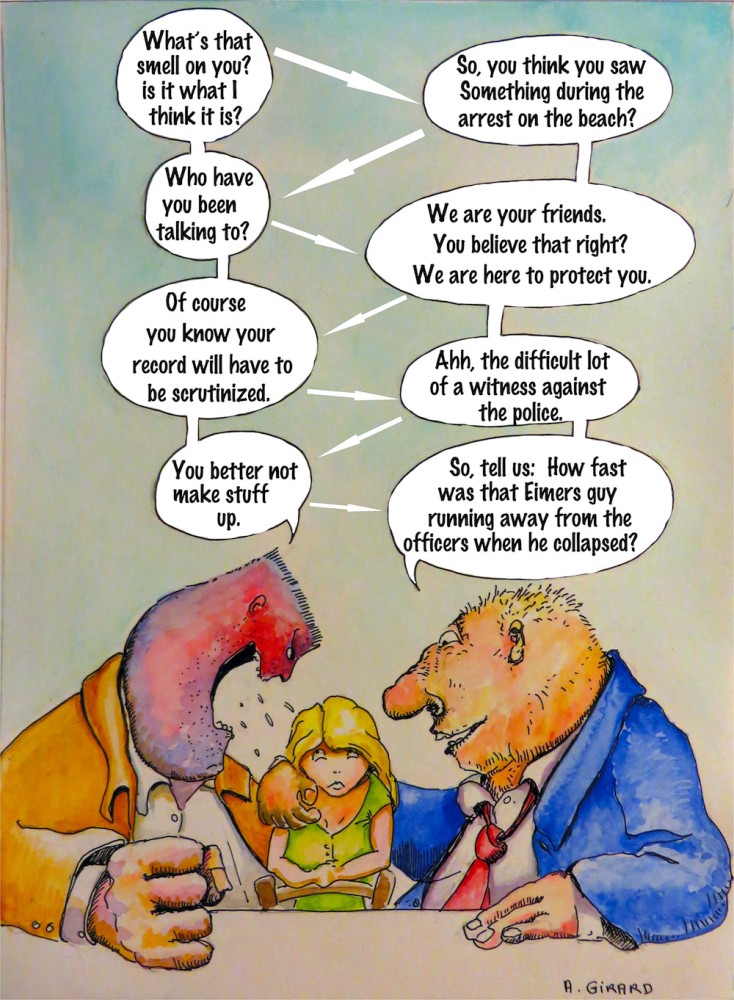 There is now reason to believe that two plainclothes officers:  KWPD Detective Todd Stevens and another unknown officer, posing as FDLE investigators, deliberately intimidated eyewitnesses who were present during the violent arrest last November of 61-year-old Charles Eimers.

Anyone who has paid the slightest bit of attention to the story of the tragically fatal Thanksgiving Day arrest on South Beach has heard the Chief of Police deflect questions over and over by saying that FDLE is conducting an independent investigation into the death of Eimers and will decide whether or not there was any wrongdoing,

“We’re waiting and we want answers just as bad as everyone else does.  As in any situation like this, once FDLE completes their investigation, we will do an internal affairs investigation to look into what happened,” says the Chief.

Last week, some four and a half months later, this ‘independent investigation’ by FDLE was called into question.  We published that, on the day of the altercation with police, KWPD Captain Scott Smith had called FDLE’s Kathy Smith, his ex-wife, about the mandatory FDLE investigation of Charles Eimers’ anticipated “in-custody-death”.

That’s right, FDLE’s top investigator, Kathy Smith, is now conducting the ‘impartial, independent investigation’ of the father of her child as to his involvement, if any, in a possible cover-up of Eimers’ violent death while in the hands of KWPD.

As if this didn’t raise enough doubts about the FDLE investigation, we realized this week that we had missed a disturbing detail. Going back over our interview notes, we noticed that eyewitnesses had described having been interviewed by two FDLE investigators, “two men in plainclothes”, who came to the beachside restaurant on the very day of the fatal arrest.

Now, that is interesting because the FDLE investigators who came from Marathon on Thanksgiving Day were two women and one man:  Kathy Smith, Carol Frederick, and Mid Quad.  In other words there weren’t “two men” among them.  And in fact, when studying the infamous Letter of Reprimand, by which Todd Stevens was accused of having ‘lost track’ of Eimers’ body, it becomes clear that FDLE didn’t actually begin their “independent” investigation until two weeks later on December 10th.

So, who were those “two FDLE investigators’?  The two men in plainclothes who were interviewing eyewitnesses on Thanksgiving Day?  Back in December, one eyewitness said, about the Taser issue, “FDLE asked me if I knew the difference between a Taser and a stun gun.  He also said, “FDLE subpoenaed all the credit card slips from the restaurant.”

But as it turns out they weren’t FDLE investigators.  They were KWPD’s Todd Stevens and another male, who may or may not have been a KWPD employee. In fact, one of the eyewitnesses recognized Stevens when his photo was published in the Key West Citizen along with a story about the letter of reprimand.  [The same witness was shown a photo of the male FDLE agent Mid Quad. He told us that Quad was not the other detective who had questioned him.]

However, if the Chief is telling the truth and KWPD has not been investigating the case and has been “waiting for FDLE”, what were KWPD detective(s) doing on South Beach after the altercation on Thanksgiving Day?  And why did people think they were from FDLE? 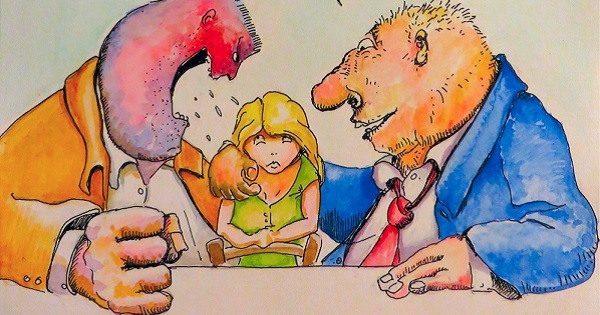 This is what we have gathered so far:

They told witnesses not to talk to the newspapers. They warned employees that if they became witnesses in the case “[their] record would be scrutinized.”  “Maybe it wasn’t a threat, but it felt like a threat, “ said one witness, “I don’t want to get into it. People have different issues, like child support and stuff – you know what I mean?” At least one witness was told that his statement wasn’t going to be used because of his record.  Does this mean that the fake “FDLE investigators” ran people‘s records as they were conducting the interviews?  No one said the statements were taped and no one said they signed a written statement.

When asked, “Do you remember what you said,” one witness told us, “If I knew there was going to be a test, I would have taken written notes.” Four and one-half months later, memories have definitely faded and some witnesses appear to have been “gotten to”.  One of them pretended having never spoken with us before and hung up the phone as soon as we mentioned the Eimers case.  Apparently, some threats also came from at least one employer.

And now, for the best part about the FDLE “investigation”:  Apparently, aside from that first apparent FDLE “impersonation”, there have been no other interviews of our eyewitnesses who are employed on South Beach.  It appears that all FDLE has done so far is wait for the police officers involved to agree to come tell them whatever story they had come up with several months after the fact.

It is becoming painfully obvious that the truth was never meant to come out.  The death of this 61-year-old grandpa was to be swept under the rug and in fact, everything was ‘going well’ for awhile.  Officers were refusing to file their reports. The body was about to get cremated.  FDLE’s Kathy Smith would find that Eimers must have worked himself into a heart attack believing the same lies that were told to the doctors.  And ‘hopefully’ Eimers was some homeless guy and no one would ever claim him.

A series of little miracles, however, were going to wreck the ‘plan’.

First miracle:  one officer nearly told the entire truth in her report.  That was Kathyann Wanciak. [Let’s hope she makes Captain.]  And the Chief forced the other officers to write their reports.

Second miracle:  Eimers, who was supposed to die any second, received first class treatment at the hospital and was simply not dying on his own.  Under Florida law, before pulling the plug, the family had to be contacted.  KWPD had no choice but to finally call the family.  The lies they told then are now coming back to haunt them.

Third miracle:  When the body was all set to disappear into smoke, along with the main evidence in the case, a backed-up schedule at Dean Lopez Funeral Home left enough time for an inquiry from The Blue Paper to derail that scheme of events.

And, of course there was the inevitable cell phone video and now there’s David Horan and son Darren Horan’s law firm and the chance that, when subpoenas start to fall from the sky, this whole thing will get a lot worse before it gets better.