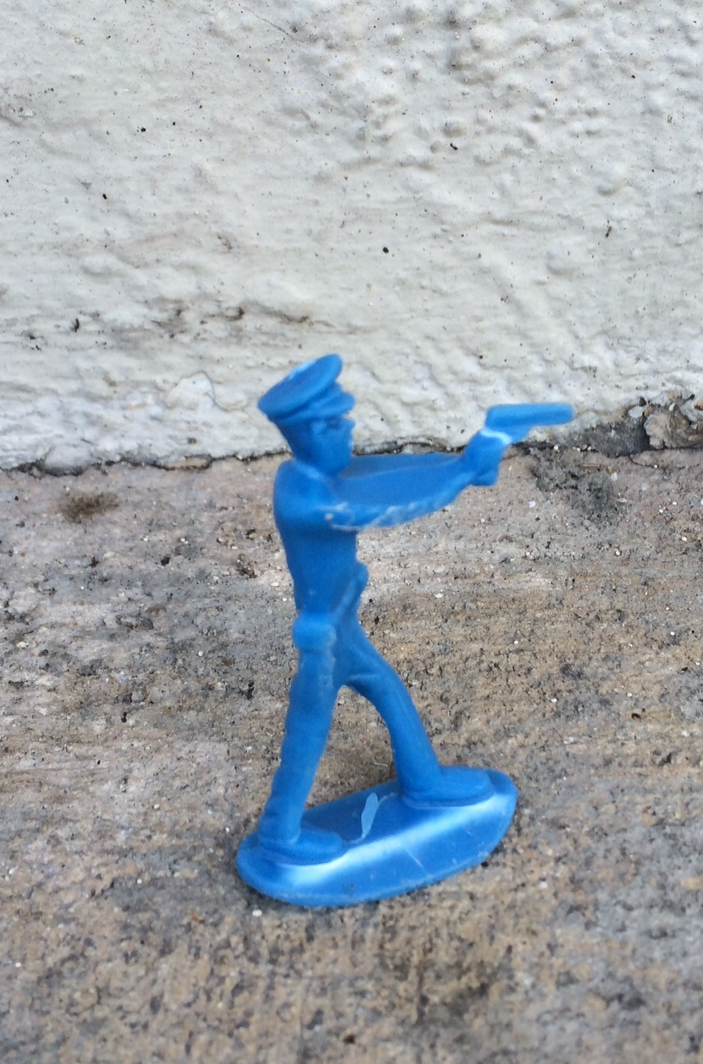 “To be honest with you, I am really nervous about the whole thing.  I think they’re going to bother him or something,” says L, whose friend P was subpoenaed to testify before the Grand Jury in the Charles Eimers case last Wednesday.

While P was testifying, two squad cars were parked in front of his house, one blocking his driveway.  His friend, concerned about the strange coincidence, texted him a photo of the police cars.

On a recent occasion, officer Gary Lee Lovette, who was one of the officers who arrested Eimers last Thanksgiving, reportedly pushed P’s shopping cart violently out of his way at a Publix grocery store.

“I didn’t see him coming,” says P about the shopping cart incident,  “I was actually focusing on getting my wallet out.  Officer Lovette rammed his cart into mine shoving it to the side.  And yes, it scared me.  He’s a big guy.  I’m not.”

Then, just one day before testifying, P received a letter stating that his driver’s license was going to be revoked.  It had to do with lack of insurance for a car, but his insurance is current and paid for, says P, “Maybe it’s just another coincidence.”

KWPD spokesperson Alyson Crean explained that the police cruisers parked in front of P’s house were merely responding to a car accident that had taken place across the street when an 87-year-old man mistakenly ran his car into his wheelchair bound wife and her caretaker.  “Okay. That may also be just a coincidence,” says P “but there was another squad car with an officer looking straight at me when I returned home later that night.”

And Thursday morning P’s employee found a toy policeman had been placed in front of the door to P’s shop with the gun pointed toward the inside of the store.  “If they think they’re going to intimidate me they have it coming,” says P, who called the Eimers’ family attorney, Darren Horan, to inform him of the event.  “I will not be intimidated.”

From the very first day of the tragic arrest, witnesses have complained about feeling intimidated by KWPD officers. When we first interviewed witnesses at the beachside café last December they were all under the impression that two FDLE agents had been conducting an investigation.  The agents were described as forceful and threatening. “They said my record would be scrutinized,” said Bill, a bartender.  He also said that another witness had been told that FDLE would not have him write and sign a statement because of some past personal issue.

In fact, those “FDLE agents” were not employed by FDLE, they were Key West police officers Todd Stevens along with another officer who is yet to be named.

One witness, Joelle, a hostess who reportedly had initially said that she saw Eimers being tased by police, allegedly changed her story after talking with a police officer she’d had lunch with.  When we met her she stated that she had been “ordered” not to talk to us. Witnesses who did talk to us said the police had chased eyewitnesses away after the arrest and didn’t get contact information.

Then, according to several employees, management at the beachside café ordered all employees not to discuss the case.  When CBS News producers came to investigate they called the corporate headquarters of the resort to question that policy.  Employees were then informed that they could discuss the arrest without fear of retaliation.

Two other critical eyewitnesses also reported they were feeling intimidated.  Just outside their hotel room, prior to going to the courthouse to be questioned, they reportedly came face to face with one of the officers they had seen during Eimers’ arrest.

It would be interesting to know whether information about these events, concerning possible intimidation of witnesses, has been provided to the Grand Jury.

16 Responses to “THE EIMERS CASE: Witness Claims Police Intimidation Tactics Will Not Deter Him”