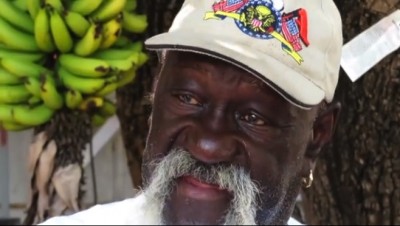 A Stone Soup party and bike parade to support our friend and neighbor, Mr. Chapman will be held on Sunday, August 17th.

The event will begin with a bike parade starting at Eaton Bikes on Simonton St. and ending at Cowboy Bills and Seadog Tavern. The Bike Parade will be open to anyone who wishes to participate and decorations are encouraged. Entry fee for the parade is $ 10 and all proceeds go to Mr. Chapman.

The Stone Soup Party will start at 3:00 and run until 8:30 at both Cowboy Bill’s and Seadog Tavern on Duval and Angela Streets. The event will include concerts on two stages, a pool tournament, bull riding, a giant  silent auction; raffles, and much more. To top off the day an incredible  “Stone Soup” dish prepared by Jenny Robinson of Seadog Tavern and consisting of delectable ingredients donated by our favorite restaurants will be served to all.

If you can’t make it you can still help out by donating to ‘Light the Way for Mr. Chapman’:  GoFundMe