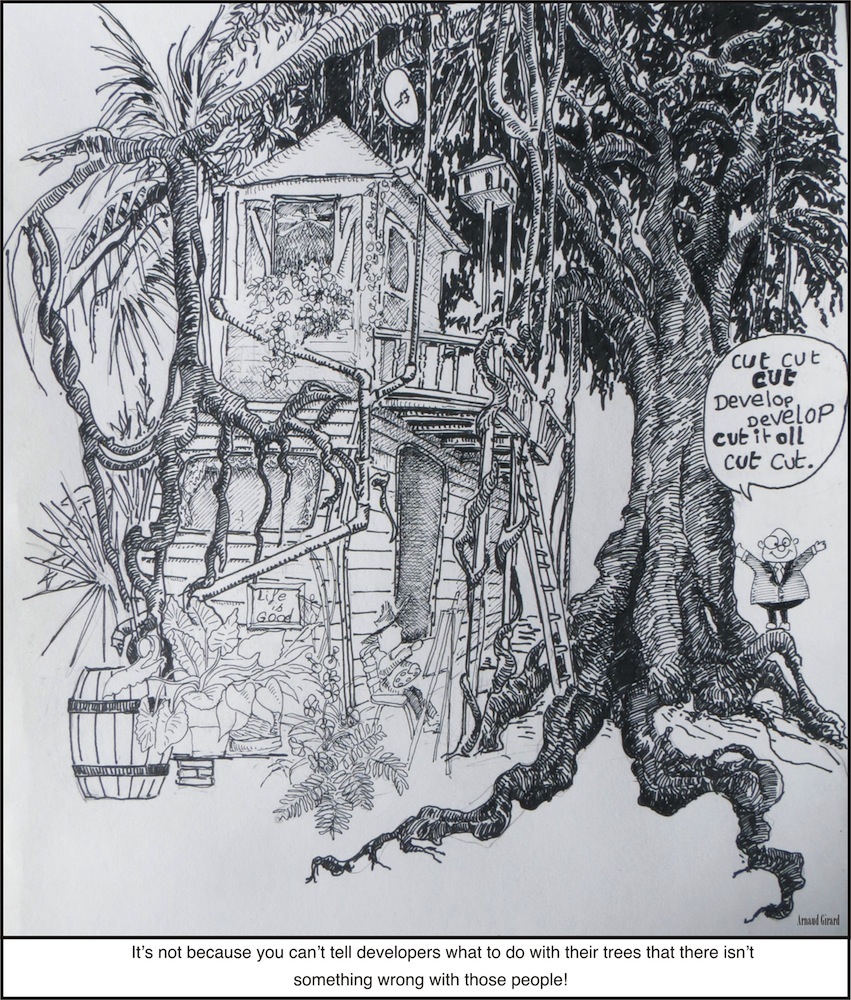 I’m here in Panama City Beach. Joe Cleghorn caused me to leave my whole life behind. I scoured Key West, and found nothing that wasn’t a joke, rent wise and space wise. One “studio” I found, on United Street, was a room in an old house that had been broken up into apartments. The ‘studio” was a small room about the size of a large walk in closet. It had an old sink, refrigerator, combination thing that looked like it was from the 70’s or 80’s, that actually had a range on top. That was it. No cabinets, or anything. It also had a small utilitarian bathroom attached. Very small. It was renting for 850.00 per month, plus utilities extra. I looked all over:  Grassy Key, Big Pine Key, Islamorada, Marathon. Basically the same story. Rip Off, and then some. So, I went where the living is still reasonable.

I finally was able to get hold of Karen DeMaria at the Tree Commission. She picked up the phone one day around lunchtime, last week. (I think everyone must have been “out to lunch”). Anyway, I asked her in a polite manner what she had planned for the trees at Southernmost Cabana Trailer Resort…..      Are you ready? She said “because of the water damage caused by Wilma, the independent surveyors, (not paid by her, or Joe Cleghorn, in other words, so who paid them?) found extensive rot inside the trees. So, they looked fine from the outside, they were going thru their natural leaf cycles, all was good. BUT, according to her, the appraiser went up into the trees, (I lived there, I never saw one person up in a tree. Neither did anyone else who lived there. Everyone saw everything, trust me, but no men in trees) and looked down and saw rot inside the trunks of the trees. Not just in one tree, but EVERY SINGLE TREE. Now, according to her, they pose a safety hazard, so they have to be removed, and she is sorry about that, she said, very matter-of-factly. I brought up the idea that perhaps the surveyor MIGHT be on Cleghorn’s or someone related’s payroll, but of course, she said that IS NOT the case. I still would like to know who paid the guy in the tree that no one ever saw?

One Response to “Simonton Street Trailer Park: News From A Former Resident”