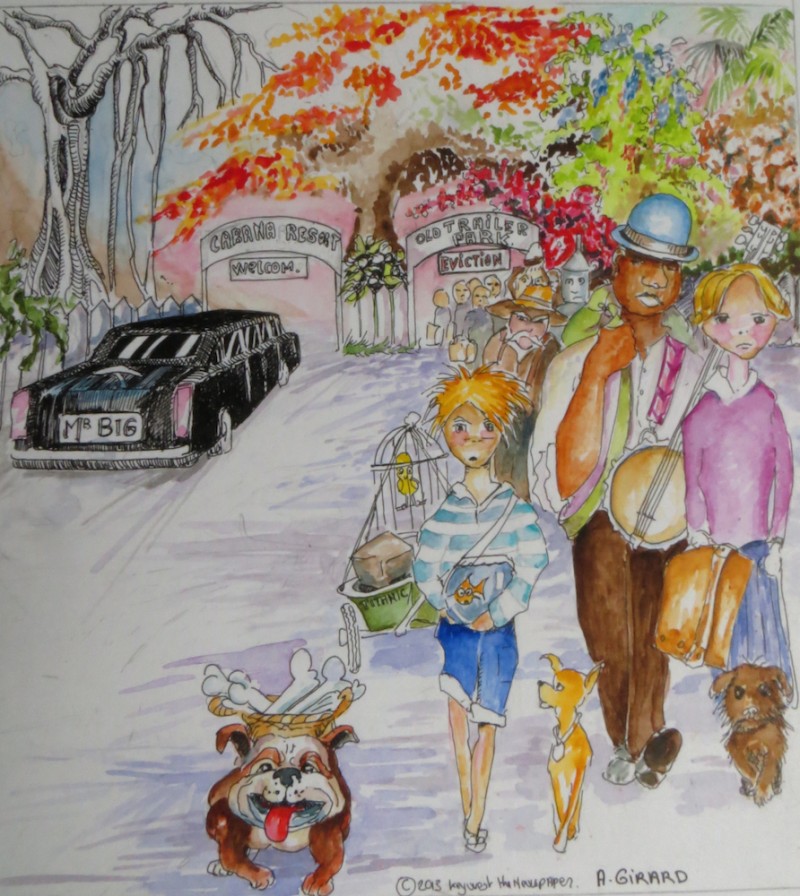 It’s a completely dilapidated trailer kept very clean and homey, enveloped by a reef of flowers, a contradiction explained away by the one single sign painted on the door:  “Life is Good.”  Or at least it was. 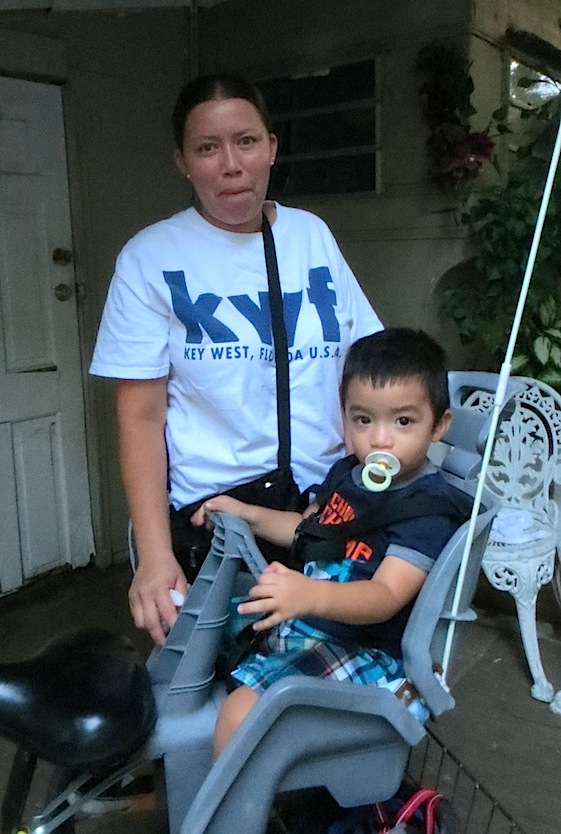 Today, gesturing with one hand to support her plea in broken English and with the other hand holding her two-year old son, Reyna F is getting pretty frantic about her family’s relocation away from the Simonton Street trailer park.  The park is scheduled to close permanently on December 5th. It will leave a hundred or so people desperately trying to squeeze themselves into Key West’s jam-packed rental market.

“If you don’t have at least $ 3,000 you can not rent anything in Key West,” she explained, “They promised to help us relocate.  But we came and asked for the $ 2,500 and they said we will only get the money after we have moved.  But we counted on the money to pay first month and deposit.”

What $ 2,500 is she talking about?  That would be the $ 2,500 that developer, Joe Cleghorn, promised to give to each tenant to “help them relocate”.  It may have been very generous of him, but actually according to some, he didn’t really have a choice:  He was one vote short of having the City Commission approve his development agreement.  At the last minute, Cleghorn managed to swing Commissioner Lopez’ vote by promising to help his tenants find new rentals and to give them each $ 2,500 to make the move.

The problem is that when the residents tried to cash in on Cleghorn’s promises they were sent away by an array of new excuses and conditions.

They told me, “would you take one thousand dollars cash today?” says Santo C.,  “I didn’t go for their ‘bargain’.  I had made a deal with a landlord for an apartment.  I needed the full amount.”

“Where am I going to go,” said Carlos M, “after all these years I now have 7 dogs. They are small dogs, but who is going to rent to me?”

Rita W. is one of the few who owns her own trailer.  It’s got a running engine.  It’s ready to move. BUT there is nowhere to go.  Cleghorn had told the City Commission he would relocate trailer owners to Lazy Lakes Trailer Park at Mile Marker 18 – but this is what Rita told us: 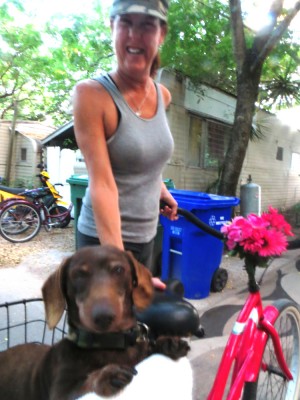 “When we went up there to set up the move they said we needed to be put on a ‘waiting list’.”

At least one elderly couple we talked to seemed to be completely unaware they were going to have to relocate.

Her neighbor lives in a trailer so caught up in the roots of a gigantic fig tree that it might as well be a tree house.  She has a more elaborate plan.  She is going to move out and store all of her belongings beneath another trailer and try to cash the Cleghorn $ 2,500 and from there try to find a new place.  In response to the question, “Aren’t you concerned about ending up homeless?” she said she’d be fine because all of her belongings would be out of the rain beneath the trailer.

Really?  Is this really the way we treat each other in our “One Human Family”? These are not snow-birding homeless coming here for a winter vacation.  These are homeless of our own making; the result of our own inability and unwillingness to keep the fabric of our society from being shredded.  Under our current code, or so we are told, the developers of the trailer park are not even required to maintain 30% of units as affordable.

And while we’re at it:  Is this the way of the Catholic Church? To throw families, old people, and the poorest of the poor onto the street?   Because on paper, it appears that the Archdiocese of Miami may still own that trailer park.  Cleghorn “bought” the trailer park on April 30, 2009 for $2.4 Million.  However, it appears from the public records that he didn’t put any of his own money into the purchase.  He got a woman named Kimberly Parker to front $ 550,000 towards a down payment.  According to the Promissory Note filed with the Monroe County Clerk of Court, that Balloon Mortgage was due in May of 2011.

That same day in April 2009 Cleghorn’s Southernmost Cabana Resort paid the Archdiocese of Miami, a $ 480,000 down payment and signed on to a Mortgage and Promissory Note promising to pay monthly interest-only payments of $ 8,800 with the principal balance of $ 1,920,000 due on April 30, 2013.  But, the Monroe County Clerk’s website contains no documents showing satisfaction of either mortgage.

In fact, Southernmost Cabanas Resorts [Cleghorn’s company] is actively seeking investors to back their project and points to a “total cost of acquisition of the land inclusive of closing costs [of] $ 1,627,400” and development cost projections include a “partner buyout” of $ 500,000.  See link to website here.

It appears that none of Cleghorn’s big-hearted promises to tenants of the park have come to pass.  He promised to put together a “relocation team” which would assure that people would not end up on the street.  But no one we talked to at the trailer park has seen or heard of any such team.

At press time we are waiting for an answer from the Archdiocese of Miami as to their position on the treatment of these tenants and any possible default on Cleghorn’s 2009 purchase agreement.  Stay tuned.