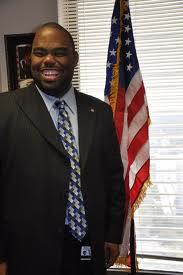 State Senator Dwight Bullard will be guest of honor at the Lower Keys League of Women Voters‘ Fifth Tuesday social on July 29, 5 till 7 p.m. at the New York Pasta Garden in Duval Square.

Senator Bullard is a professional educator and serves as the ranking Democrat on the Senate Education Committee. In his tenure in the legislature, he has also been very active on issues of health care and justice.

LKLWV’s Fifth Tuesdays are an informal opportunity for league members and other interested constituents to get to know an elected official or community leader. “These gatherings have generated quite a bit of local interest and we know the Senator’s constituents down here in the Lower Keys will be thrilled to have the chance to hear his thoughts on the many issues affecting us, especially in this informal setting,“ said Joy Brown Taylor, the chapter’s founding vice president and current Voter Services Committee chair.

Duval Square is located at the corner of Duval and Virginia streets; there is customer parking off Simonton. The event will be held in the patio restaurant’s air conditioned party room. Appetizers will be served and a cash bar will be available throughout, Brown Taylor said, noting that Bullard would speak informally at about 5:30 p.m. and a question and answer session would follow.