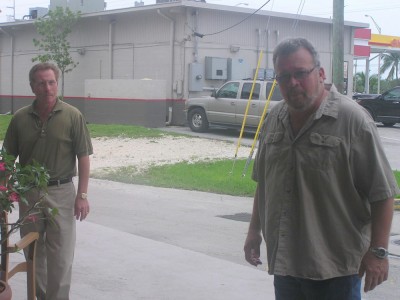 “All I know is what I read in the papers.”

State representative Holly Raschein was mighty peeved by what I wrote last week about a meeting that was scheduled to occur on June 6 on the subject of what’s happening at Crane Point Hammock. The article could have been interpreted to imply that she lied about cancelling the session and I regret that.

However, the Keynoter did say in an article on May 18 that a meeting was to take place with state representative Holly Raschein about Crane Point. Raschein’s office announced that a meeting would be scheduled for June 6, with a time and location yet to be determined.

“It will be ‘a real in-depth discussion on how we move forward with this real pristine piece of property,’ she said. ‘If the zip line doesn’t work out, then what do we do to finance [Crane Point] so that it doesn’t shut its doors?’”

It probably comes as a surprise to those following the issue that the state or the city might be considering financing Crane Point at some future date. Or that people are already planning for what to do if the zip line fails even though it could be two years before it opens.

And on June 5, the day before the meeting another Keynoter article said,

“A roundtable discussion scheduled for Thursday [June 6] to discuss all things Crane Point Hammock and Nature Center has been cancelled.”

It also explained that

“Founding member Brian Schmitt reached out to state Rep. Holly Raschein (R-Key Largo) last month in hopes she could broker some kind of peace between the Marathon nonprofit and outspoken critics of a planned zip-line course on the 63-acre property.”

However, zip-line opponents were informed in late May that they were not invited to the meeting.

Apparently Ms. Raschein didn’t get the memo that there would be a meeting without her because, among others, Marathon city councilman and mayor, Mike Cinque and Marathon city manager Roger Hernstadt arrived at the offices of Coldwell Banker Schmitt at the appointed time. Former board chair of Crane Point Lynn Mapes rolled up in his Cadillac to attend the session also.

So, what did those who we know did meet — Cinque, Hernstadt, and former board chair Lynn Mapes — talk about? Hernstadt didn’t respond to a message from The Blue Paper asking about that and we may never really know. What we do know is that the confab certainly wasn’t designed to broker anything between the city, Crane Point, and those who vehemently oppose construction of a zip-line attraction in the conservation area.

What concerns Marathon citizens is that elected and appointed officials met secretly about a very contentious issue: how to guarantee the survival of the Crane Point Museum and Nature Center. And since tax dollars to the tune of $727,000 will be spent on construction of the zip line and since the city will be on the hook for as much as $595,000 if the project fails completely, then these same office holders could be held accountable.

One Response to “Secret Session On Crane Point Remains Secret”