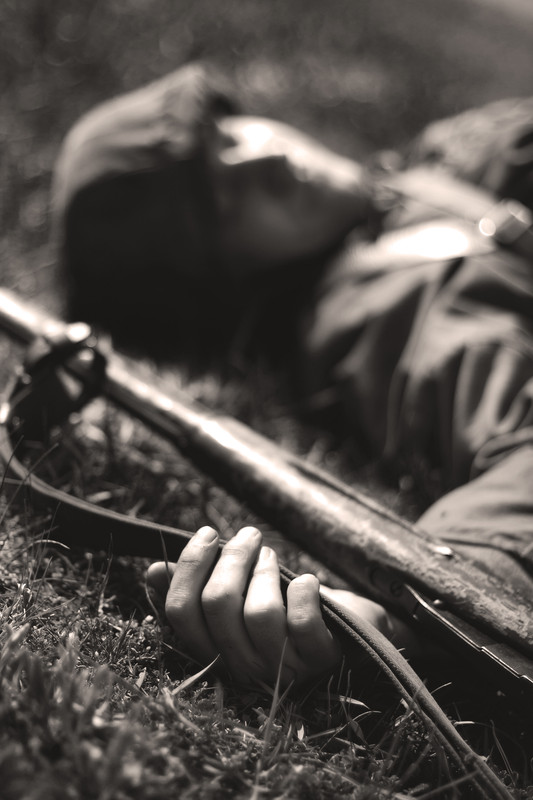 Since commenting on an article published in ‘The Blue Paper’ by Dennis Reeves Cooper entitled: “The Prisoner Exchange: He Did What?!” on June 8, 2014;  I’ve closely monitored events surrounding the issues I addressed. I was determined to modify or correct my statements if necessary. As the Bowe Bergdahl saga unfolds, it appears the accuracy of my remarks have remained ‘spot on’.

Some have critiqued my interpretation of events as being lackluster and juvenile. They suggest that I’m unable to appreciate the grander scheme of our involvement in conflicts around the world. Although I challenge that notion, I respect their divergent perspectives and remain open to new ideas.

I am familiar with the killing, digging and bleeding associated with members in Bergdahl’s combat unit.  The chronic suffering and sacrifice of soldiers such as these, will either draw them together or tear them apart. Without being able to trust one another with their lives, the effectiveness of the unit will rapidly decline, often causing casualties and death.

It’s troubling that a ‘White House’ aide referred to all of the soldiers from Bergdahl’s platoon, who challenged the veracity of National Security Advisor Susan Rice’s assertion, that Bergdahl  had served the Army with “honor and distinction”; as psychopaths. It’s disturbing that the New York Times had a front page story identifying these soldiers as “raggedy” and undisciplined. Particularly, when the evidence they presented to justifying their denigration of these men was baseless.

It’s alarming that our State Department publicly denounced the integrity and credibility of these former soldiers because they spoke out, questioning   the authenticity of the president’s celebratory narrative describing the return of Bergdahl .

Does smear campaign, whitewash and cover-up have a familiar ring to it?

Primary sources to the event in question, allege that Mr. Bergdahl deserted his post. The Platoon Leader, Squad Leader and Medic, along with 6 fellow soldiers, unanimously and publicly identified this man as a deserter. They all said that he walked away from his assigned post, abandoning his combat position while they slept. If this is correct, it is a serious offense. When it’s done in a combat zone, it’s punishable by death.

If I were to abandon my military post in a hostile territory, without regard to the well-being of those dependent upon me for their survival, to seek comfort and support from the enemy, the resultant  consequences would be my responsibility.

To a man, each one of the referenced soldiers said they considered Bergdahl a Brother. They further stated that they would have unhesitatingly sacrificed their lives to save his.

I witnessed several interviews given by the mothers and fathers of two soldiers who were killed during subsequent combat operations following Mr. Bergdahl’s disappearance. They all believed their sons were killed while looking for Bergdahl. Thus far, their sentiments have been corroborated by members of Bergdahl’s Platoon.

Particularly disturbing to me, was the unanimous  understanding that these veterans shared regarding the increased effectiveness, precision and accuracy of the attacks launched against them, after Bergdahl’s departure.

Mr. Bergdahl is presumed to be innocent until proven guilty in a court of law. However, as American citizens we are entitled to research, investigate and secure evidence; which may be used in formulating an opinion concerning any matter that is before us.

I’ve attempted to be impartial and objective with the information that I’ve shared. I recognize that I’ve had experiences which could distort my processing of this event. However, my life’s work has demonstrated a capacity to get at the truth. My yearning to authentically realize events as they really are, supersedes my personal biases. The propaganda, or lies that I’ve been fed, haven’t taken hold.

Two of the five prisoners set free in exchange for Bergdahl are wanted by the United Nations for “War Crimes Against Humanity”. They are charged with killing thousands of innocent Shiite Muslim men, women and children.

Another, is the Deputy Minister of Intelligence for the Taliban and Al Qaeda. He is accused by “Human Rights Watch” of murdering and torturing Afghan civilians.

Included in this exchange is a senior Taliban Commander considered to be a military mastermind in developing violent tactics utilized in assassinating political dissenters. He is a Taliban Governor for the Balkh and Lagman provinces, who has been implicated in the murder of thousands of Shiites in northern Afghanistan. When asked about the killings, he did not express any regret and stated:  “They did what they needed to do in their struggle to establish their ‘ideal state.'”

The last prisoner let go is a former Chief of Staff and Deputy Finance Director of the Taliban Army. He served as Governor of the Herat Province in Afghanistan and has been identified as a powerful opium trafficker. He specializes in smuggling missiles and amassing weapons for the purpose of murdering Afghan civilians who disagree with him.

Far from being dethroned from their positions of power and influence, the aforementioned terrorists are now revered as distinguished and preeminent celebrities. They are energizing and recruiting those who find the lives of women worthless, as they kill anyone or thing that questions their authority.

Documents reveal, that even after their capture they wielded considerable influence throughout Afghanistan. An in-depth assessment determined that: “If released, detainees would likely rejoin the Taliban and establish ties with other terrorist groups”.

Formulating an opinion based on studying documents, investigating events and analyzing interviews; is not akin to parroting information proffered by any type of news program.

War is the ultimate insanity. It highlights the weaknesses inherent in all human beings. Intolerance, anger and aggression are fueled by ideologues, partisan politics and ignorance. Incompetent and ineffective leadership, has always found expression within the military industrial complex.

We are all called upon to serve our God and Country in a multitudinous of ways. I’ve not walked in another’s shoes. Therefore, rather than judging anyone, I attempt to bring my ‘A’ game to all that I do.

A proper developed sense of discernment and perspicacity has served me well. Most importantly, I’ve had the opportunity of testing my instincts, intuition, ideas and resolve in combat. On the battlefield, incorrect assessments result in death or disfigurement. There’s not any time for clouded judgments, theoretical discourse or crusading rhetoric.

With the guidance and direction of my God, along with the support received from family and friends,  I’ve been able to utilize those ‘war time assets’ as a means to construct an effective design of living. Cognizant of where I came from and what I’m capable of, I’ve abandoned my old ideas. Birthed from my restlessness, irritability, discontent  and desperation, I’ve awakened spiritually. With support from my God and the love of others, I’ve been allowed to create and sustain an existence founded upon the principles of Peace and Love.

I find it difficult to harbor any anger towards Bowe Bergdahl. I’ve witnessed hardened men break under the pressure of prolonged combat.

I’m disappointed that our Commander-in- Chief , overseeing all of the Armed Forces, elevated this questionable prisoner exchange to a Rose Garden celebration at the White House. Honoring an alleged deserter, with such pomp and distinction, impugns the painful sacrifices and savage deaths that have been endured by our men and women in uniform.

I’ve never witnessed this president bring combat wounded veterans or ‘gold star’ mothers to the White House Rose Garden, for the sole purpose of conveying his gratitude, as he recognized their sacrifices and loss.

Better yet, how wonderful it would be for all veterans and their families, if they knew that our president had their backs, when it came to receiving competent medical treatment at each one of our Veterans Administration Hospitals.

I believe United States Senator Bernie Sanders said it best: “If you are not prepared to take care of the men and women who put their lives on the line to defend this country, who came back wounded in body wounded in spirit. If you’re not prepared to help those people, then don’t send them to war in the first place”.

John Donnelly, a resident of Key Largo was born, raised and went to high school in the South Bronx. Upon graduation he was awarded several scholarships to college.  He chose to enlist in the United Sates Marine Corps. While serving in Vietnam John was wounded in action. He received two meritorious promotions, one during combat. Upon discharge and return to America, John had a difficult time transitioning back into civilian life. He found himself homeless for the next 4 years. As he worked out some troublesome concerns, he began to yearn to make some sense of his experiences via education. He sought and received his GI Bill benefits. He applied and was admitted to New York University. He later transfered to the University of Miami where he graduated on the President’s Honor Roll. John secured a teaching position at a Maximum Security Prison Facility for criminally insane adolescents. While working there he earned a Master of Science degree from Florida International University. He graduated Summa Cum Laude.  More…