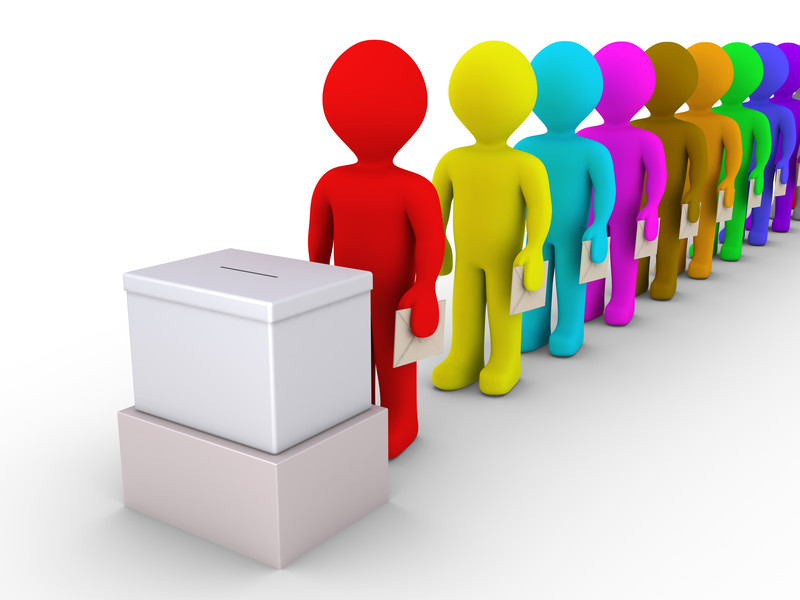 I need to start this column with a lecture. If you want to consider yourself a good citizen, you should be registered to vote and you should vote in every election. If you are a non-voter and this statement offends you, so be it. Voting is important because elections have consequences. And this is especially true in Key West and the Keys where elections are often won or lost by just a few votes. Our state lawmakers have made it so easy to vote, as well as to register to vote, that there is almost no reasonable excuse not to vote. A few years ago, the State Legislature introduced Early Voting, which makes it possible to vote during a two-week period (including Saturdays!) before the official election day. In addition, you can avoid going to the polls altogether by using an absentee ballot. Early Voting is already underway for the Primary Election scheduled for August 26. The date of the General Election this year is November 4.

Here is an overview of what Key West voters will see on their ballots in this year’s Primary Election. First of all, let’s take a look at the candidates on the Democratic and Republican ballots.

GOVERNOR. Republican Governor Rick Scott is running for a second term, but he has two primary challengers, Yinka Adeshina and Elizabeth Cuevas-Neunder, who are running to replace Scott as the Republican candidate on the General Election ballot in November. Republican voters will see all three names on their Primary Election ballot and will decide which candidate will represent the party in November.  Democratic voters will see the names of two Democratic challengers for Governor on their Primary Election ballots– Charlie Crist and Nan Rich. Crist’s name on the Democratic ballot may seem strange, since he is a former Republican Governor of Florida.

US HOUSE OF REPRESENTATIVES. The name of incumbent Joe Garcia, who represents the Keys in the US House of Representatives, does not appear on the Democratic Primary Election ballot because he is running unopposed in the primary. But five Republicans are competing to oppose Garcia in November: Carlos Curbelo. Ed MacDougall, Joe Martinez, David Rivera and Lorenzo Starbuck. Republican voters will choose which of these candidates will oppose Garcia in November.

STATE REP. State Representative Holly Merrill Raschein is up for reelection this year, but she is running unopposed, so her name does not appear on the Republican Primary ballot. Also, since she has no Democratic challengers, she has already been reelected.

COUNTY COMMISSION. Two County Commissioners– George Neugent and David Rice– are up for reelection this year. But Rice has no challengers, neither Republican or Democratic, so his name does not appear on any primary ballot, nor will it appear on the General Election ballot. because, in essence, he has already been reelected. Neugent is being challenged in the Republican primary by Danny Coll. The winner of this race will face Democratic candidate Eleanor McAdams in November. Her name does not appear on the Democratic primary ballot because she is the only Democratic candidate in this race.

Incumbent District 5 Mosquito Control Commissioner Jack Bridges is not running for reelection because he is running for Circuit Judge. Three candidates are vying for this open seat: Republicans Thomas MacDonald and Eddie Martinez, and Democrat Geoffrey Bailey. Bailey’s name does not appear on any primary ballot because he is the only Democrat running, so he automatically becomes the Democratic candidate on the November ballot. Republican voters will decide whether MacDonald or Martinez will oppose Bailey in November.

All the other candidates running in this year’s Primary Elections are running in non-partisan races– Circuit Judge, School Board and Key West Mayor– so their names appear on all the ballots.

CIRCUIT JUDGE. Incumbent Mark Jones is being challenged by Donald Barrett. Incumbent Tegan Slaton is being challenged by Jack Bridges and Bonnie Helms. Judge Luis Garcia is running unopposed, so his name does not appear on the ballot. Judge David Audlin is not up for reelection this year, but he has announced that he is resigning– but his announcement came too late for candidates to qualify for this month’s election, so his replacement will be appointed by the governor.

SCHOOL BOARD. Three School Board seats are up for grabs this year. District 1 incumbent Robin Smith-Martin is not running for reelection. Bobby Highsmith, Stu Kessler and Warren Learnard are vying for this open seat. In District 4, incumbent John Dick is being challenged by Catherine Bosworth. In District 5, incumbent Donald Martin is being challenged by Richard Bradley and Dennis Caltagirone. Neither Andy Griffiths (District 2) nor Edward Davidson (District 3) are up for reelection this year.

RUN-OFF ELECTIONS. if there are three or more candidates in a particular race and one candidate fails to get more than 50 percent of the vote, a run-off election for the top two vote-getters will be scheduled before the General Election.

EARLY VOTING for the Primary Election is underway now. The voting location in Key West is the Supervisor of Elections Office at 530 Whitehead Street (Whitehead at Southard), You can vote 8:30am until 5pm, every day except Sundays, until Saturday, August 23. And there is even free parking! Actual Election Day is August 26, when voters will vote at their regular polling places.

SAMPLE BALLOTS. The Supervisor of Elections has an excellent website– keyselections.org– where you will find sample ballots for this month’s elections– as well as all kinds of info on voting, registering to vote, voter statistics by party and even results of past elections.

CANDIDATE INFO. Limited candidate info, including photos and videos, at the Hometown Political Action Committee website: hometownkeywest.com. Also, most candidates have their own websites and/or Facebook pages. See the Supervisor of Elections website (keyselections.org) for info on candidate finances.

PHOTO ID. Be sure to bring a photo ID to vote. But if you forget your ID or if you do not have a photo ID, you can still vote with a provisional ballot and your signature on that ballot will be compared to your signature on your voter registration paperwork.

Dennis Reeves Cooper founded Key West The Newspaper in 1994 and was editor and publisher for 18 years until he retired in 2012.