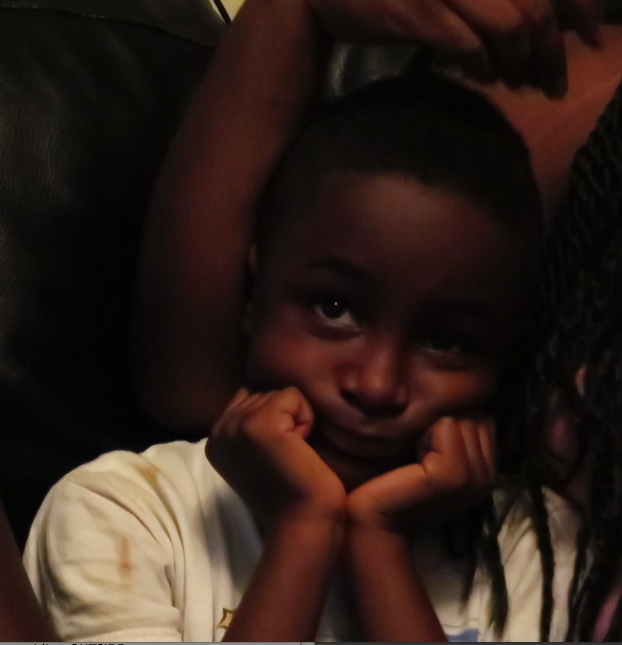 It’s 6:27 p.m. — Sheila Carey and her two children are riding in a rented limo, a special treat to celebrate their outstanding report cards.  They’ve just dropped off their friend, eleven-year-old Shanyia Winn, who is now home alone taking a shower. A few minutes later, at 6:29 p.m. — the limo is stopped at gunpoint and surrounded by Key West police officers.  The mother is thrown to the sidewalk and handcuffed.  Her six-year-old son and eleven-year-old daughter are seized by the officers, guns pointed at their faces. 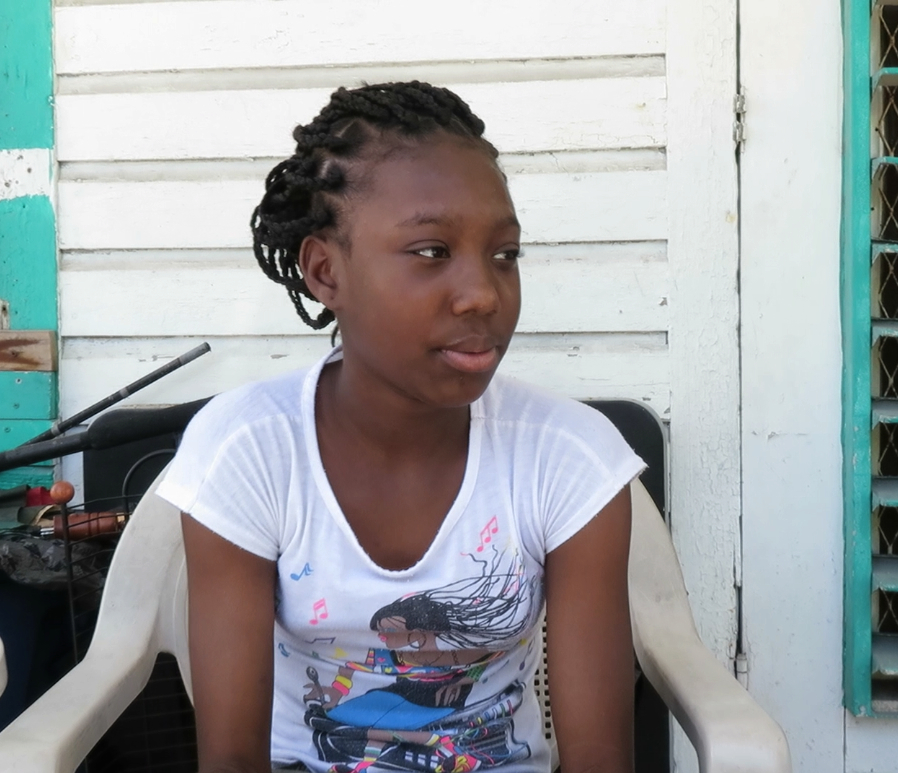 At about the same time police officers are pounding on Shanyia’s door, “When I came downstairs there was a policeman at every window with a gun pointed at me so that if I moved or my dog barked, I was going to be dead,” says Shanyia.

The police officers say they were looking for a man named Marvin Smith and for a gun.  The problem is, at the time the police claim to have been looking for Smith, they already had him in custody at the police station.  And the gun? Apparently no one ever actually saw the gun and it might very well never have existed.

It was the third of last April. According to the police report obtained by The Blue Paper, not much happened.  A limo was stopped on Fleming Street.  As to the raid on Shanyia’s house, it is barely mentioned. “As we approached the apartment,” wrote Officer David Hall in his report, “a juvenile female walked out of the apartment.  She immediately started telling us that Smith and Taylor got into a heated argument in front of her residence.”  But Renatta Winn, Shanyia’s mother, says that report is a fabrication.  “And there were a lot of people out and a lot of children,” she told us on the phone,  “When I arrived, detective Leahy had a shotgun pointed at Shanyia’s face and all of the officers had guns pointed at her and everyone saw it.” 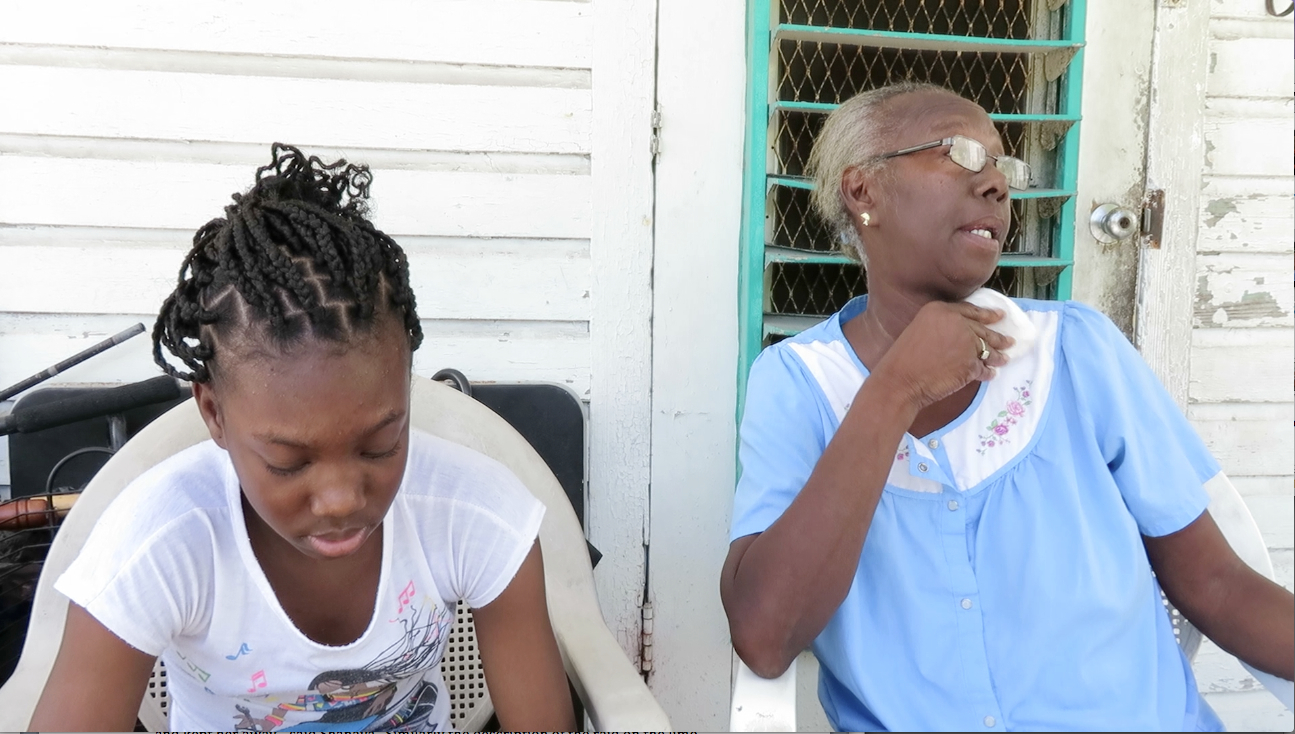 “All those guns.  Anything could have happened – an accident.  A gun could have fired,” says Donna Winn, Shanyia’s grandmother, who lives nearby and was Shanyia’s first relative on the scene.  “They pointed their guns at my grandma and kept her away,” says Shanyia.

Similarly the officers’ description of the raid on the limo makes no mention of its occupants.  Sheila Carey, who was in the limo, showed us the happy photos she took with the kids that day and the scars she still has on her knees three months later from her fall on the sidewalk.  We asked six-year old Zentavious if he had been afraid, “They had really big guns. I was scared.”

So what caused KWPD officers to treat children so harshly?  From the police point of view everything seems to revolve around one puzzling character:  An ex-drug dealer recently released after thirteen years in a federal prison.  A thirty-nine year old black man named Marvin Smith. 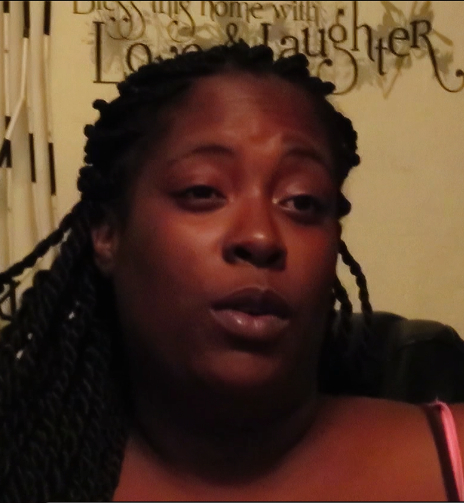 Marvin had rented the limo as a special treat for the children. “Marvin would do anything for the kids,” says Sheila Carey, Marvin’s girlfriend.  But the man is also surrounded by the scary aura that comes with a long prison term.  On March 23, after a dispute in a nightclub, Marvin was attacked by six men on Duval Street.  They beat him and sliced him several times with a knife, somehow he managed to disarm them and to escape, covered in blood.

In spite of the fact that the records show that Smith was cooperating with the police by identifying the assailants, one veteran officer, Sergeant Pablo Rodriguez, was convinced Marvin was out for revenge and that he had a gun.

He was not the only one concerned about that risk.  “It was only a rumor,” says Commissioner Clayton Lopez, “but yes, I was worried about it and I called Donie Lee [Chief of Police]. But I asked him to handle the situation with the utmost sensitivity.”

And here we are at 6:27 p.m. on April 3rd.  Marvin has gotten out of the limo he rented for Sheila’s children.  They had stopped on Emma Street, dropping Shanyia off, who walked back home to apartment 10E in Fort Street Village.  Sheila leaves with the limo and the kids. Marvin gets into an argument with another young black man, Johnny Taylor.  A woman who heard the rumor about the gun calls 911, even though she says she hasn’t seen a gun herself.

It is clear from the 911 audio that Marvin is arrested on the street seconds after the limo left.  He is taken into custody without incident.  And that’s where the troubling questions arise.  If Marvin was in custody was the paramilitary raid on Sheila’s limo and Shanyia’s home justified?

Now, there was still the gun issue.  But no one at the scene had seen a gun.  Neither the limo driver, nor the 911 caller, nor Taylor [the victim] provided statements about seeing a gun. Yet, Sergeant Pablo Rodriguez would inform Officer Hall that at around 6:30 on the 3rd of April, Laetryce Smith, Johnny Taylor’s girlfriend, had told him that Smith had pulled a gun on Taylor and herself. While we were researching this story, Police Lt. David Smith informed us that he believed Johnny and Laetryce had provided written statements about the gun.  But no such reports exist on the record.

“We never told Pablo Rodriquez about a gun,” says Laetryce.  Marvin Smith claims Sergeant Rodriguez made it all up so they could send Marvin back to prison. 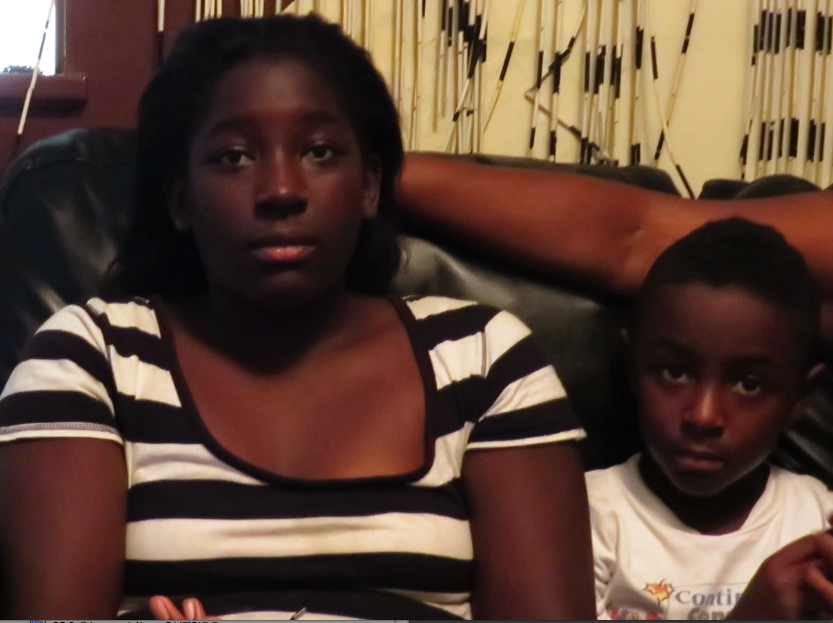 The case about Marvin Smith having a gun would be dismissed by a federal judge two months later on May 30, 2014, so apparently there was no gun.

True or not, based on questionable police work, KWPD terrified a bunch of pre-teen school children who will always remember how the good police were apparently ready to shoot them dead for no understandable reason and certainly through no fault of their own.  [We will let the readers ask themselves whether they believe the same tactics would have been used had those children been white.]

“What our police don’t understand is that the context they are operating in is a lot closer to Mayberry than to NYPD Blue,” says Commissioner Lopez,  “Something needs to slap them back to reality, but I don’t know who or what could.”

His view echoes the rising anger in Bahama Village. “They try to be something they’re not.  They could never pull this stuff in a big city.  Try that in Miami.  They would get shot,” says Donna Winn.

Several of the stories we’ve come across would make one question whether some of these officers have any communication skills at all.  On October 17, 2009, four KWPD officers had a warrant to arrest 23-year-old Shimika Clark for theft.  At the time she lived with her grandmother, Yvonne Edwards, in a small house in a back alley in Bahama Village.  Since the officers were waiting in ambush in front of Edward’s house when Clark showed up, one would think they might have arrested Clark before she went inside.  Instead, four police officers decided to dress in S.W.A.T. team uniforms, slip “hoods” on their heads, and then storm grandma’s house without knocking. While yelling profanities, they used a taser on the 23–year-old, who had rushed into the bathroom in terror, shackled her up, and dragged her out of the house.

Granted the hoods were not white and pointy, but one would think that white police officers, given the history of this country, would have more sense than to put hoods on before forcing their way into a black grandmother’s house.  “What is it with these police guys,” said a teenage girl we talked to, “they get bored and they go, ‘let’s play dress up and go terrify some black people?’”

Renatta Winn and her daughter Shanyia moved to Jacksonville a week later:  “I don’t feel safe in Key West.  How could they treat children like that?  Shanyia was born with a heart murmur.  She couldn’t catch her breath.” Renatta told us she wanted to take her daughter inside to help her calm down but that Detective Leahy would not let her do that unless she agreed to let him search the house.  “He came in.  He didn’t find anything.”

Shimika Clark also moved out of Key West after her ordeal with the four hooded police officers who reportedly had said to her, “You are lucky we didn’t shoot you.”

“It is extremely difficult to strike a balance between the need to stop the drug dealing and maintaining respect for the community,” says Commissioner Lopez, “The solution is better communication, not militarized police and more Gestapo tactics.”