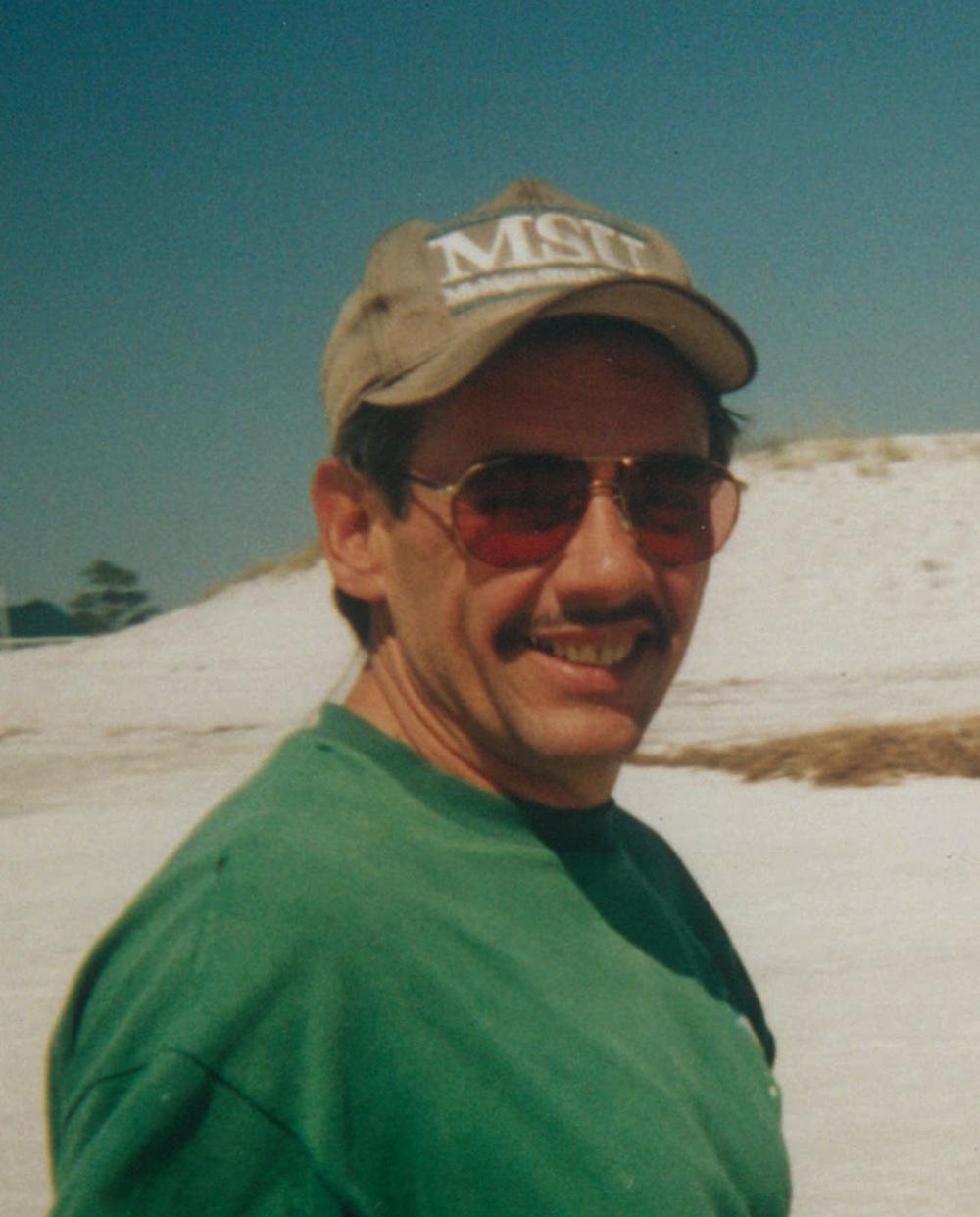 The Grand Jury’s Final Report is in. No indictment will be handed out in response to the fatal Thanksgiving Day arrest of Charles Eimers.

The report – no matter how beneficial it is for the officers who could have faced criminal charges – throws more fuel than water on that fire.   Indeed a summary contained in the FDLE Investigative Report, made public yesterday afternoon, of an audio recording captured during and immediately after the arrest is simply stupefying.

Apparently Officer Gary Lee Lovette inadvertently left the recording mechanism on his Taser in the on position for several hours after putting the Taser back into its holster.  What follows is an excerpt from FDLE’s summary of the audio recordings:

The recording is in line with the protests reportedly made by a New York police officer while witnessing the arrest, ‘this is legalized murder on the beach!’

It is interesting also that contrary to the police reports, several of the civilian witnesses interviewed by FDLE refer to excessive use of a Taser.

“A punch in the stomach,” says Treavor Eimers, about the Grand Jury’s decision to issue a “No True Bill” in the case involving the death of his father at the hands of Key West Police officers on Thanksgiving Day.

“My father was pursuing his dream of spending a warm winter in Key West volunteering and enjoying his retirement. He died before his first day was over.”

The “No True Bill” by the Grand Jury means that the jurors found no probable cause for the criminal prosecution of any of the officers involved in Eimers’ arrest.

Does the Grand Jury Report put the matter to rest?  Hardly.

“First and foremost,” the Grand Jury concluded, “we commend those KWPD officers who did follow proper procedures during the incident…  We find that KWPD officers on scene exercised the proper amount of force to apprehend and restrain Mr. Eimers.”

The Grand Jurors explain that their decision is based on the testimony of the only expert witness brought in by the State Attorney.

His name is Chuck Joyner. He is a professional defense witness for officers accused of excessive force.  Joyner is famous for publicly defending a Houston police officer who shot and killed a wheelchair-bound double amputee. Joyner argued that because the one-armed, one-legged man was waving a ballpoint pen there was reasonable justification for the officer to shoot him square in the head.

It was Joyner’s job to convince the Monroe County Grand Jurors that they shouldn’t believe their lying eyes and ears.  No expert witness was called to demonstrate how impossible it is to breathe while your shoulders are pinned down in the sand, as Eimers were.  See our reenactment video here. 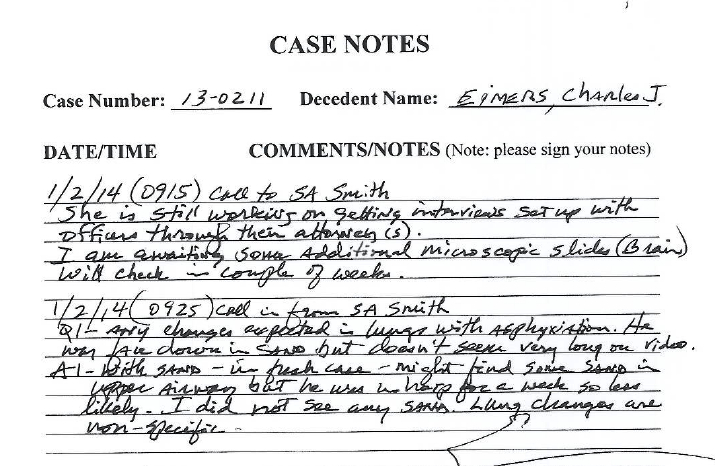 Q1 – Any changes expected in lungs with asphyxiation.  He was face down in sand but doesn’t seem very long on video.

A1 –  With sand – in fresh case – might find some sand in upper airway but he was in hosp for a week so less likely. I did not see any sand.  Lung changes are non-specific.”   – Notes of Dr. E. Hunt Scheuerman, [then] Monroe County Medical Examiner

A statement made by Dan Abrams, the Chief Legal Affairs anchor for ABC News, about the Ferguson Grand Jury proceedings in the Michael Brown shooting sheds light on the Grand Jury process:

“We are extremely concerned about unprofessional conduct and statements that were made after the incident regarding the events of that morning…  The internal affairs investigation should result in appropriate recommendations or sanctions for the officers involved regardless of their consequence or severity.”

“We also express serious concern about some aspects of the investigation conducted by the KWPD.  First, insufficient efforts were made to promptly locate and interview civilian witnesses …  Second, the KWPD clearly failed to timely communicate with LKMC about Mr. Eimers’ condition and whether or not the KWPD considered Mr. Eimers to be “in custody” while he was at the hospital.”

The Grand Jurors didn’t find indictable criminal actions, but they certainly sent the City and its police department on a soul searching mission:

“The sensitivity training,” the Grand Jury Report continues, “should have a public and social awareness component.”

A lack of adequate training in the proper use of force is at the core of the civil rights lawsuit filed by the Eimers family against the City of Key West.

The Grand Jury and FDLE reports with their stunning new revelations including admissions to “Murder” by Officer Lovette and findings of inadequate training may be a sign of more challenges to come for the City of Key West in the civil rights lawsuit initiated by the Eimers family.

44 Responses to “Officer Gary Lee Lovette: “Me, I Dropped Like a F***ing Bomb On His Head”