Here are my responses to your latest letter. I think there are several issues here we can agree on and find ways to insure that those issues are adequately addressed. I share your concern that all animals, both wild and domestic, be treated humanely. But I reiterate the need for all responsible pet owners to keep their pets, particularly cats, indoors.

(1) Michael, thank you for your well-thought out submission. I consider you a dedicated and respected friend. As you know, just because you make statements in your article, it does not make them true or accurate.

I believe my statements to be accurate, and supported both by my own personal experience, and reports from other responsible observers. I invite anyone with evidence to the contrary to present it. I will gladly change any statement to make it more accurate, but I believe what I have presented is supported by the facts.

(2) The government is overreaching in its cat trapping practices. Cat hunters were caught, by several individuals, placing their cages on private property, with the intent to snare family pets that lived there.

“Overreaching” is a vague and undefined term. Particularly when you haven’t spelled out what the correct level of “reaching” would be. How would you prevent predation on endangered animals by domestic cats? Please identify the individuals who caught the “cat hunters” and identify with specificity the private property where the cages were placed.  I agree with you that cages should not be placed on private property. My information is that cages are always located within the boundaries of either the park or the refuge. We are talking here about the cat-trapping program in Dagny Johnson State Park or in the Crocodile Refuge, not other cat-trapping projects, such as at or near the Winn-Dixie, where large cat populations present health hazards to both store customers and children at the nearby Catholic Church.

(3) At another location, fences surrounding the homes of citizens with cats were cut open to get at their pets. As advised by an attorney, this is a theft and destruction of private property by the government.

There have been cuts in the fences along the south side of Ocean Reef Club that we have known about for decades. However, no one needs to cut a fence to enable a cat to get through it. Cats are agile and can go over or under all those fences whenever they wish. I agree with you that cutting fences, if true, would be improper, for a variety of reasons. I am unaware of any evidence that anyone involved with the program to trap free-roaming cats in the park or refuge has cut any fences. If you know of any person who has cut such fences, please identify them and the witnesses to that action.

(4) The local USFWS did not meet with all neighbors of the refuge and state park in an attempt to inform them about the need to prevent their cats from entering the state and federal lands, as stated in your information.

I have been advised that there were meetings with representatives of the Ocean Reef Club regarding the need to keep cats out of the public lands nearby. I am sure that “all” neighbors were not involved in those discussions, but all residents of Key Largo have had ample opportunity to know about the endangered species and the need to keep cats indoors. This includes everyone on the south side of the park as well as those at Ocean Reef.

(5) Your statement that “traps used to capture cats inside the park and refuge, do not injure cats”, is false. A family’s pet was so badly beaten during a trapping, that it was unrecognizable by its owner. Pictures of this animal’s bloody nose and lacerated face were taken.

The traps used are live traps that do not injure the animals captured. They are not leg-hold, snares, or choking traps. If a cat attempts to claw or chew its way out of a steel wire trap, it is likely to injure itself. It would not be so injured if it were not in the park or refuge in the first place. The cat’s owner has to bear the responsibility for any injury the cat suffers while outside the owner’s home.

(6) Cats are not responsible for the decline in population of the Key Largo woodrat.

That is obviously your opinion, but it is at odds with the observations of scientists who have been studying the woodrat populations for over 30 years. The woodrat numbers are surveyed periodically, and since the cat trapping has been instituted, we are told there appears to be some recovery in the woodrat population. It is the opinion of USFWS personnel, based on photos by remote cameras of certain cats with woodrats in their mouths, that the cats do prey on the woodrats, as well as on other wildlife in the park and refuge.

(7) There are 21 active predators living within the refuge that eat woodrats. Scientific studies have concluded that that the demise of the woodrat is due to these predators.

There are indeed a number of predators living in the refuge. Woodrats are adapted to survive with the naturally occurring ones. The cat-trapping program is designed to eliminate one of the predators that is not a naturally occurring one, domestic cats.  The main reason woodrats are endangered is because of loss of habitat and incursions into their habitat by other species, like cats, that accompany human populations. The cat-trapping program is part of the effort to help the woodrat population recover.

(8) Again, another piece of misinformation. ‘Cats delivered by the USFWS to an animal shelter, are euthanized humanely’. This is not true. Witnesses have observed traumatized and injured creatures, crying out in terror, killed while still in their traps.

If there are witnesses to anyone killing a cat while it is in a trap, as you describe, please let them come forward and report that to the appropriate authorities. We would oppose anyone killing a cat in a trap, but strongly support the cat removal project delivering such cats to the animal control people for responsible disposition.

Critics of the cat-trapping program would be well advised to familiarize themselves with the well-thought-out position of People for the Ethical Treatment of Animals (PETA) with whom I seldom agree, but do in this case.

Please note that PETA support for trap-neuter-release is limited to a very restricted set of conditions. Particularly, they say it should be where the cat colony is “…located in an area where they do not have access to wildlife …”

The Humane Society of the United States has a similar message, “Keep cats Inside for their own safety – and to protect your wild neighbors.”

Most of us, who are cat owners, have strong and affectionate feelings for our cats. We need to protect them as well as the wildlife. I am sure we can find ways to work together to protect both.

Florida Keys Chapter of the Izaak Walton League of America

The Izaak Walton League of America, founded in 1922, is America’s oldest broad-spectrum conservation organization. Its motto is “Defender of soil, air, woods, water and wildlife.” It has a reputation for supporting workable, commonsense solutions to natural resource protection issues. The USFWS “Cats Indoors” program to keep free-roaming cats out of the public lands on North Key Largo is consistent with these goals and deserves broad public support.

FLORIDA KEYS CHAPTER OF THE IZAAK WALTON LEAGUE OF AMERICA 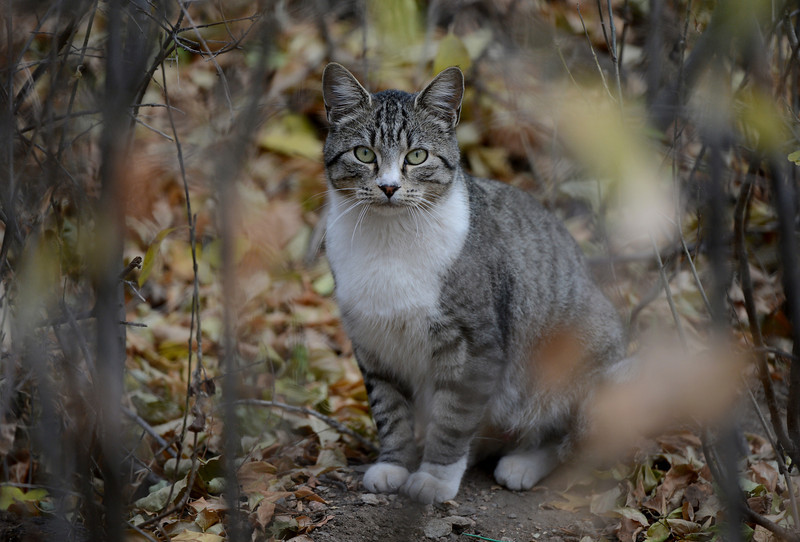