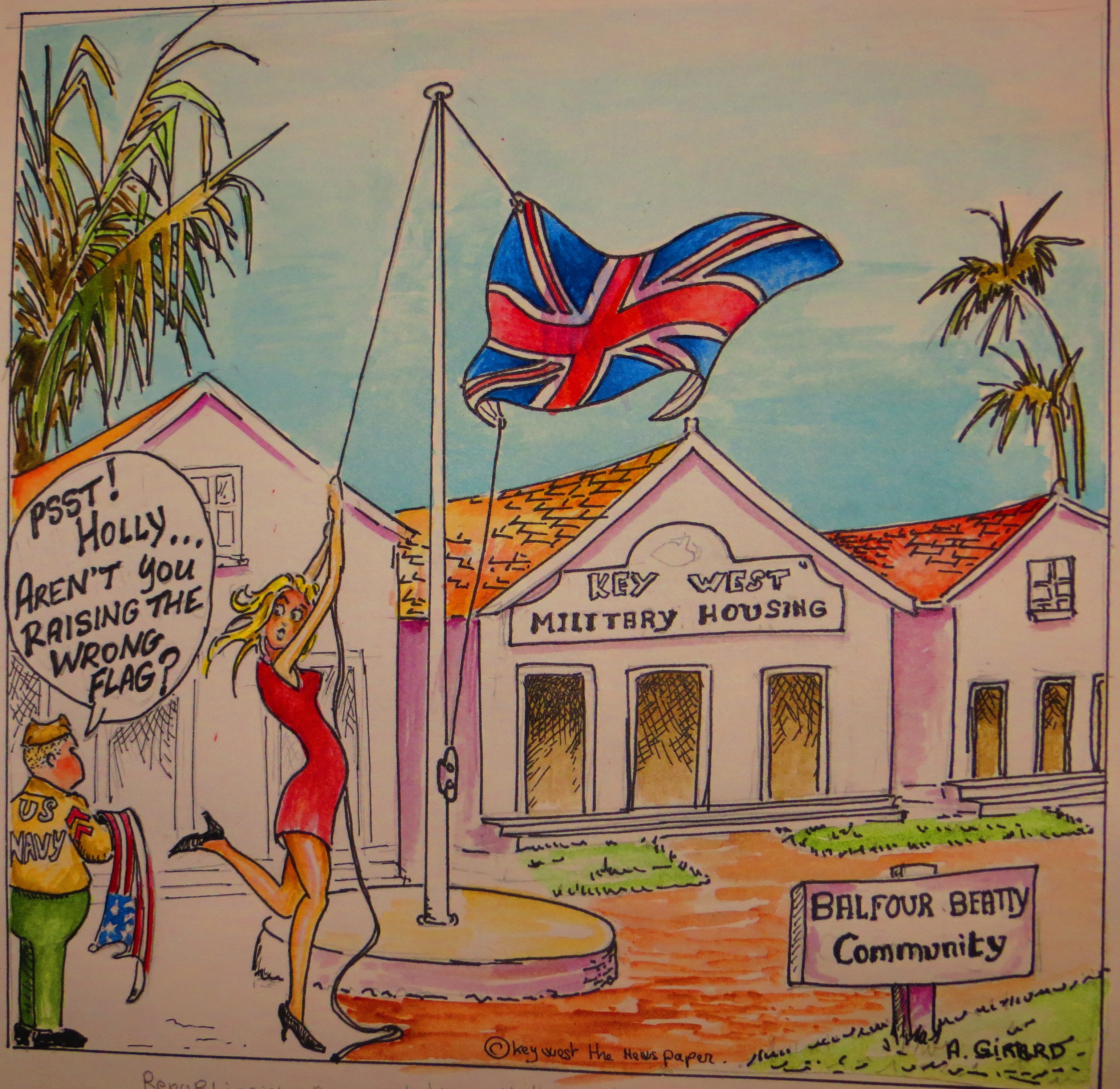 With Florida legislators preparing to tell citizens of Monroe County to tough it up and forget about taxing Balfour Beatty and the privatized military housing industry, you would think the federal government was not taxing those companies.  Think again.

Balfour Beatty, the British mega-corporation that owns title to all 890 units of military family housing in Key West (and many thousands more in other Florida counties) is not exempt from federal taxes.   In fact Balfour Beatty has admitted, in its lawsuit against the Monroe County Property Appraiser, that its rental housing business is a for-profit company with income that is taxable under the IRS code.

Are we the only ones finding it amazing that some Florida representatives are painting the pending legislation (House Bill 531 and Senate Bill 354) as the fulfillment of some sort of  “patriotic duty”. A duty to give Balfour Beatty a free ride (by making it exempt from property taxes) when the federal government itself refuses to do so?

And if Florida wants to give Balfour Beatty a free ride here in the Keys, we wonder why representatives believe Monroe County taxpayers should be the only ones paying for it. Why not ask every citizen of this state to share the burden of the largesse that members of Florida’s Congress wish to extend to this private British-owned corporation?

So, we asked ourselves here at The Blue Paper, how do our representatives (and our very own Holly Raschein) survive the embarrassment of such a contradiction?  Well, this is how the system works:  When Balfour Beatty was slapped with a bill for $11.3 Million in back property taxes last year it didn’t just file a lawsuit.  It enrolled Senator Jimmy Patronis, the Florida State Chair of what has become known as the most controversial organization ever to peddle special interests into state Capitols:  the infamous American Legislative Exchange Council (ALEC for short).

Officially ALEC claims it is not a “lobbyist”.   It actually manages to have law enforcement look the other way at practices which otherwise would constitute bribery.  By claiming to be a non-profit organization with an “educational mission”, ALEC’s corporate members “wine and dine” and provide very advantageous “services” to our elected officials including, of course, large campaign contributions.

In fact, all over the country, ALEC members conduct official gatherings behind closed doors with big corporate names and state representatives voting to push elaborate “model legislation” benefitting private industry (deregulation, decreasing corporate liability, etc.) At this point it is unclear whether Representative Patronis acted as Chairman of Florida’s ALEC or on his own accord in peddling House Bill 531.   It is interesting that the same exact Bill miraculously appeared in the Senate: Senate Bill 354, sponsored by Senator John Thrasher.

So far both Bills are moving at record speed through the legislative labyrinth.  We wondered why so many members of the Florida Congress appear so willing to grant tax exempt status to a British company renting nearly 40% of its housing units to civilians, so we decided to send every member of Florida’s Congress an informational questionnaire.

Here it is in its entirety:

Senator John Thrasher and Members of the Florida Congress

Members of the Florida Congress:

Balfour Beatty, the British conglomerate (via its company, Southeast Housing LLC), owns all 890 units of military family housing located in Key West.  Balfour Beatty rents approximately 40% of those units to non-military families (2009 documentation published by the US Navy NAS Key West – available upon request).   The housing units are NOT located in a federal enclave.

This situation has created grave concern in our community, especially because Balfour Beatty’s housing units are primarily rented to families (likely to have school-aged children).  Ad valorem taxes provide the majority of funding for education in Monroe County and represent a large burden on local taxpayers faced with a struggling economy and a school district with serious financial woes.

We take the liberty of addressing these concerns to all members of the Florida Congress in the hope of fostering a better understanding of this issue.

Question:         Do you know what the annual cost to school a child in Monroe County is?

Question:        Do you know how many school children lived on federal land in Monroe County during the 2012 -2013 school year?

Question:        Do you know how much money the federal government contributed in the form of “federal impact aid” to help defray the costs of educating those 992 students in 2012?

If passed, Senate Bill 354 and House Bill 531 would exempt Balfour Beatty from the payment of ad valorem taxes based on a claim that Balfour Beatty, a private for-profit company, is fulfilling a “governmental function”.   But, are you aware that the Federal Government itself (the IRS) does NOT consider privatized military housing projects as “governmental instrumentalities” worthy of exemption from federal income taxes?

Balfour Beatty has admitted, via its lawsuit against the Monroe County Property Appraiser, that it is NOT federally tax exempt.

We hope you will take the time to answer the following questions prior to casting your vote on HB 531 or SB 354:

Balfour Beatty and its allies, Holly Raschein, Jimmy Patronis, and John Thrasher, claim that the US Congress expressly exempted these private military housing contractors from local ad valorem taxes when enacting the Military Housing Privatization Initiative (MHPI). However, we have not found such a provision anywhere in the MHPI.

Did you know that the Navy required the contractor, in its solicitation for bids, to “assume that full property taxes will be assessed on all privatized homes…”?

Will you personally consult with a trusted and impartial member of the Bar Association to verify that an express Congressional mandate exempting privatized military housing properties from ad valorem taxation is truly found in the MHPI legislation prior to casting your vote?