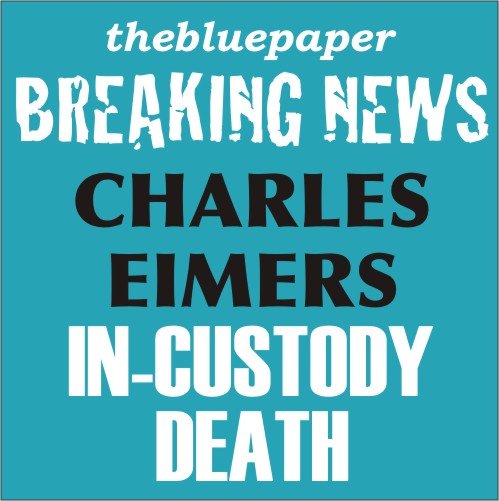 “Mr. Eimers was at risk of a sudden death, at any time, due to either a chaotic cardiac rhythm or worsening of his congestive heart failure,” wrote the E. Hunt Scheuerman, M.D., the Monroe County Medical Examiner.

Charles Eimers, 61, a Michigan native, died after losing consciousness while being restrained face down in the sand by Key West police officers last Thanksgiving Day. Numerous eyewitnesses came forward accusing the police of excessive force, of holding Eimers head down in the sand, putting the weight of up to four officers on his back, and shocking him with a Taser stungun.

The Medical Examiner, however, in his final autopsy report, states that “the FDLE investigation concluded that his face was not forced into the sand, but rather, as he struggled, his face moved back and forth across the sand. Audio recordings from the event revealed that Eimers repeatedly said “No.”  Such verbalization would not have been possible if he had been smothering in the sand.”  The Medical Examiner acknowledged, however, that his face appeared coated in sand in photographs taken at the hospital, but that “No sand was found in his airways.”

Because of these elements, the Medical Examiner ruled out asphyxiation as the cause of Eimers death.  The use of a Taser as a contributing factor and blunt force trauma were also ruled out leaving one last possibility:  cardiac arrest.

According to Scheuerman, the stress caused by the struggle between Eimers and  police officers likely caused Eimers to suffer cardiac arrest.

Cardiac arrest, unlike a death by asphyxiation, is considered “accidental”, which the Medical Examiner defines as “without intention, unexpected, and unforeseen.”

The official cause of death for Charles Eimers, in the opinion of the Medical Examiner, is “Accident.”

Needless to say, this opinion is not convincing for Mr. Eimers’ family or his lawyers.  “It’s frustrating but not surprising,” says Eimers’ son Treavor,  “We have taken on every layer of corruption that has been thrown at us.  We’re just trying to get at the truth.”

Attorney, Darren Horan, who, along with his father David Paul Horan, represents the family in a wrongful death suit filed against the City and 13 police officers, believes the Medical Examiner would likely have concluded that a homicide had taken place had he been given all of the available evidence.  “The report was based on a very small and select portion of the evidence. Several witnesses who were not interviewed by FDLE have come forward and more witnesses and evidence will be revealed in the future.  The Medical Examiner’s opinion is based on an FDLE investigation that, unfortunately, was sorely lacking in crucial information.”