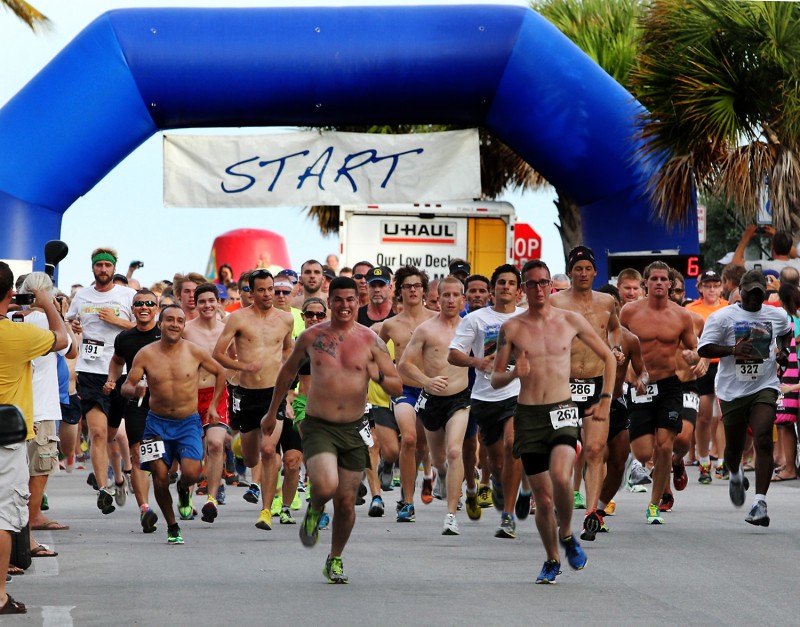 Runners and paddleboard enthusiasts can test their skills and celebrate Ernest Hemingway’s sporting lifestyle during the Malibu Rum Hemingway 5K Sunset Run/Walk and Paddleboard Race set for Saturday evening, July 19. Come and participate in what Competitor Magazine called “One of the Must-Do Races” in their February 2014 issue!

This popular 5K Run/Walk & Paddleboard Race is the oldest ongoing race in Key West! It’s also a part of the annual Hemingway Days celebration commemorating the author, who lived in Key West during the 1930s.

A special medal will also be awarded to those doing all three events! Bike, paddleboard race & run!

The Lazy Dog Paddleboard Race will kick off at 6 p.m. at the island city’s Southernmost Beach, 1405 Duval St. on the Atlantic Ocean. Competitors are tasked with paddling a three-mile ocean course before finishing back at the beach.

Then at 7:30 p.m., the 5K Run will start at the Southernmost Point in the continental United States, which overlooks the ocean, at Whitehead and South streets. The fast, flat 3.1-mile course takes runners through picturesque Old Town Key West past landmarks including the Ernest Hemingway Home & Museum and the famous Green Parrot Bar.

Paddleboard awards will be presented to the first- through 10th-place male and female finishers.

The 5K Walk awards will go to the first- through 10th-place male and female finishers.

On race day, the registration booth will be open from 3-7 p.m. at the Southernmost Hotel. Race packets can be picked up there. The race will be chip timed.

Interested participants can register online at www.active.com. Registration forms can be downloaded from www.keywestspecialevents.com or picked up at local hotels and fitness centers.

The registration fee is $ 45 per adult for either race; $35 for military; and $ 35 for entrants under age 15. The fee includes a collectible race tech shirt, finisher medals, food, libations, and giveaways.