“This is a Franz Kafka movie here,” says Stephen Freer.  Navigating the legal system may have turned as treacherous for Freer as the seas he was rescued from when he was abandoned miles offshore on a sinking tugboat named “Tilly”.

Freer stands accused by FWC of having, on February 21st, “caused” Tug Tilly to be towed to sea where he abandoned it and where it sank about a week later during a storm.

When The Blue Paper caught up with him for his big “trial” at a Monroe County courthouse on Wednesday morning, we found him at the end of a lonely corridor talking into the wall through an interphone.  There was no window or glass, just a silver phone with a wire coming out of the concrete wall and a short list of phone numbers. 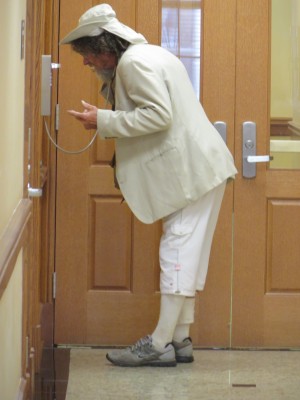 Apparently Freer had missed his court date.  “There’s a $ 5,000 bench warrant out on me,” says Freer, “It’s typical.  Typical of this quasi-fascist state.”

We don’t know about the fascist part but there was definitely something Kafkaesque about the pathetic prophet-like Freer, dressed in an impish white outfit, as if coming from an alternative reality, and pleading his case to an answering machine plugged into a concrete wall.

The Tilly, which sank two miles southwest of Key West, has become a source of controversy in the Keys.  For one, it has not been a proud moment for our government.  The Blue Paper sent copies of our breaking news story to the County fathers almost a week before the tug floundered.  Shouldn’t they have done something?  What if, next time, it’s a boat full of fuel?  It’s the type of situation where the taxpayer looks up at those big fat government buildings and feels like calling out:  “Hello?  Hello? Is there anybody out there?”

And then there are the sellers of the old tug who thought it was O.K. to sell this sinking monstrosity to a homeless man like Freer.  Weren’t they just trying to avoid paying a couple of hundred thousand dollars in disposal fees? 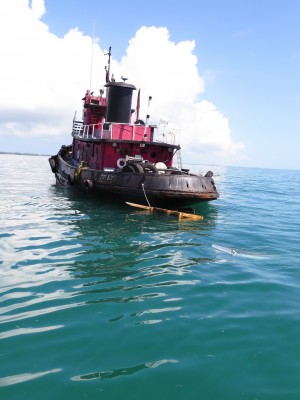 A few days before sinking

And what about the marina?  Weren’t they just trying to bypass the legal eviction process?  They towed the tug out on their own dime and, according to Freer, pretended that the boat was not a “derelict” by attaching an absurd dinghy motor onto the back, and abandoned tug and man in the middle of the ocean.  They knew the boat was unseaworthy, they’d written about it in their complaint for eviction.  It had no pump, no radio, no crew to speak of, no propulsion, and a ridiculously inadequate mooring.  And yet, the only one in trouble with the law is a penniless homeless man from Chicago called Stephan Freer who, prior to arriving in Key West, had never set foot on a boat.

The story however goes beyond that incident.  In fact, none of the parties to the drama is a true victim at heart.  Not even Freer.  Far from it.  He simply is not the main character.  Neither is the larger than life Dirk Patriarca, the seller of the tug.  Nor is Mr. Strunk, the New York millionaire who owns the Stock Island marina that towed the Tilly and Freer out to sea.  The main character, toying with all the plans of mice and men, is the vessel – the tug itself – Tug Tilly.  Tilly which seems to have a destiny of its own that feeds on men’s passions. 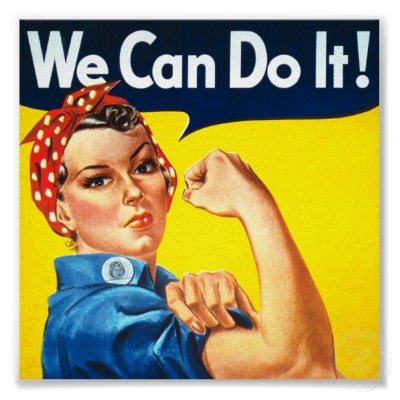 Tilly was built during the Second World War to be used to search for mines and Nazi submarines infiltrating into New York harbor.  That was a time where German prisoners of captured submarines had tickets for Broadway shows in their pockets.  “Tilly was built by Rosi Riveter,” says Freer referring to the army of young women who had joined the war effort.

After the war it was used to tow barges up and down the Hudson River.  That is where Dirk Patriarca, a multi-millionaire with roots on Rhode Island, living on a 170-foot yacht, bought it some 10 years ago and brought it to the Keys.  Patriarca also owned the large spud barge that was initally offered to Freer as well but was instead spectacularly taken out of the water a few weeks ago and cut into pieces.

The story on the docks is that Partriarca first bought the Tug Tilly to rescue his 170-foot yacht, then he bought the barge, to dock the tug.  Then the barge started sinking so he set his sights on a gigantic floating dry-dock which ended up sinking at the marina and finally, in the middle of this flotilla of broken dreams, the old patriarch died. While he was stuck in a hospital bed, it must have been decided it was time to get rid of the fleet.

Rumor had it that the two huge containers on the barge were full of antique furniture from Europe, Persian carpets, and fine sculpture.  Needless to say, when we heard the containers were being opened for removal – we rushed over there.  They were full of old broken refrigerators, mattresses, cheap lamps and toilet parts.  Oh well.

Tug Tilly was advertised for sale on Craig’s List.  “That is where I found Tilly,” says Freer, visibly infatuated with the 70-year–old lady, “Tilly is the symbol of freedom, the fight against fascism and oppression, and look, now it’s America that has become a police state.”

They all played chess with the Tilly.  At some point in the game, Patriarca had Freer, took Freer’s money and gave him his problem.  At one point Freer had the marina, crashing their cocktail party with his so-called “yacht”.  At one point the marina had Freer, towing him and his boat out to sea, and maybe FWC has got Freer now after changing the court date on him [the paperwork does clearly show a hearing scheduled for April 9th and not March 28th when, according to Freer, a warrant was issued for failure to appear.]

But it’s far from over.  Under federal law 46 U.S. Code § 10908 any person who participates in sending a boat out to sea in an unseaworthy state that is likely to endanger the life of an individual can be held criminally liable for such participation. Does that include towing and leaving a dilapidated tugboat and its owner stranded in the middle of the ocean?

And what about the derelict vessel statute? It says “any person, firm, or corporation” that “stores, leaves, or abandons a derelict vessel” is in violation – not just the owner.  If Freer “caused” that tug to be brought out there and “abandoned”, maybe he didn’t do it alone?

Even if Freer seems like he’s in big trouble now in this game of chess, it doesn’t mean he’s going to lose.  In the end, an upscale marina admittedly towed a man out to sea on a boat they knew was unseaworthy and which, in fact, sank soon after.  One can only imagine what a good lawyer could do with the case.