It’s political season, and I’m limiting my picks to the three I feel most strongly and knowledgeable about. I understand the financial accounting in the School District for their board race, the law for Mark Jones’ re-election, and George Neugent’s numerous ethical flaws.

Stu Kessler is probably the most expert candidate for his position we have had run for anything in the 18 years I have been in Key West. His qualifications are both general and specific. He has degrees in law, accounting, and business, and a long background of not only being on a school board, but of being so respected he was their president for 11 years.

Locally, he has been on our district’s Audit and Finance Committee, and is currently their chair. Stu is one of the two AFC members who actually used their position to audit the district’s finances. He has had in particular a good effect on correcting the errors in the HOB project.

Stu has also had a familial stake in the district because his three kids graduated from Key West High School. But we have to stop just electing board members who, yes, have long roots in the community and perhaps themselves attended here, but who have no experience in the immensely challenging details of running a district. Stu is running to replace a well-connected Conch, Robin Smith-Martin, who to his credit has realized the specifics of the job are over his head. To lose Stu, and have another four years of something similar to Robin’s tenure, would be sad for us all.

The Highsmith campaign has made an issue of donors, pointing out current board member Capt. Ed Davidson’s support of Kessler. Highsmith’s donors include many developers, at a time when the District is studying selling off its excess properties. Between support from Ed, whom I consider the best of the current board members, and the support of a group of developers, I’ll go with Ed and Stu.

Incumbent Judge Mark Jones is in my opinion the sharpest legal mind in Monroe County. I spent a lot of time in his courtroom in my lawsuit against the City Of Key West to reopen the cemetery gates. He was always the smartest guy in a room including me and Shawn Smith, whom I consider the most capable person in our city government. I am not going to criticize other judges by name, but Judge Jones’ rulings and legal reasoning have to my mind been a cut above. I consider us in Monroe County fortunate to have an intellect of his caliber, as well as unquestioned integrity, serving us on the bench.

For County Commissioner, I support anyone running against George Neugent. Please access my articles on his unethical destruction of a private business to benefit his friends, as charged in my official ethics complaint, HERE, and my discussion of his breaking his formal oath in his Financial Disclosure form HERE. It is shameful to have someone with his proven inadequacies holding power for 20 years in our county, and having to trust him to make the right decision in multi-million-dollar capital projects like the grinder pumps, injection wells, and waste management.

A further development is his response to an email I sent him and his fellow commissioners asking if any of them would support their fellow George on four specific points. On the “Comments” secrtions of the articles listed above, not a single person weighed in on his side, or to attack me, against dozens of comments in support of my criticisms of George. The last time I critiqued someone via his public record malfeasance, Robin Smith-Martin’s economic misadventures, I got at least a few vitriolic attacks on me personally, though there was no contesting of the facts I’d uncovered, as with George, in the public record.

So, in an effort to get someone, anyone, to support him, I asked his fellow Commissioners, who obviously know him well.  In fact, none of them would go on the record in supporting George or challenging a single one of the public-record documents I reference in my ethics suit or oath-breaking charge.  But George enthusiastically replied as follows, italics added:

“Everyone knows its Slander and has told me your a loose canon nut case. In fact – the one time I set the CAFER meeting – I was told, by all, please don’t invite us to any more of those – with that n case.

“I have no idea what motivates a person like you to write and spew your lies.

“Karma will get you I assure you.”

Hmmm.  I’ll let my grammar mavens salivate over the missing apostrophes, odd capital, and amusing “canon” malaprop. I would like to thank George for complimenting me on having a booming media voice and not being beholden to anyone, a “loose cannon,” unless he really did mean to say that my “canon” of presumably local media columns doesn’t cohere around a single point, that is, it is “loose.”

But I take umbrage at the “slander” and “nut case” points, if you please. The CAFER meeting he refers to was actually called by me some five years ago, when I had a regular economics column in the daily paper. I had charged Danny Kolhage in his role as then-county Clerk with hoarding literally millions of our tax dollars, even those released by Obama around the U.S. to be spent as a stimulus, not to balance everyone’s books, the way we were doing in the county. George was not invited, but rather invited himself.

It was an expectably boring meeting that included a lot of references to the 300+ page Comprehensive Accounting Financial Report, and ferreting out which enormous fund balances were being used as anything more than slush funds for the next Hickory House boondoggle. The only heat was when Roman jumped on me for a perceived slight against his accountant, Tina Bean, for which he quickly apologized, attributing the outburst to his over-protectivity towards his staff and his “Greek temper.”

I can easily see no one in that room ever would want to be in a room again with me making professional criticisms of their decisions. I do rather rapier-like work fashioning people new orifices when their work has been remiss, and I would avoid it myself if such were ever a threat to me.

But “nut case”? This is the sort of thing that pops out of George’s mouth regularly because it makes him feel good to say it. He says he was told “by all” that I am a “n case.” I have emailed the three most senior of them to find out if any of them would support George by affirming that indeed, yes, they told him I was a “n case.” Sadly for George, he seems to be out on a limb on this one too, because, like his fellow commissioners, none of them will support him either.

Personally, I am almost embarrassed by how plain white bread, as opposed to “nutty” I am by Key West standards. For goodness sake, I had a Top Secret clearance in the Army. I studied nuclear chemistry and law before getting a PhD and teaching—yawn–business administration at, of all places, Texas Christian University in anti-nutty Fort Worth, Texas. My part-time retirement job is—yawn again—tax and financial advising. Except for my 801 karaoke, I am pretty much like in high school, nerdiest guy in the class—actually, if you wanted to call me a “nerd case” instead of “nut case,” I’d have to go along with you.

Now George’s public “Slander” allegations—this is his third against me—is an example of George himself going all nut case all over his pants. Someone cannot “slander” himself.  And public records are not “slander.” So the reason no one can defend George is that my 66 pages of argument and exhibits in my ethics charge are all quotes from George, emails to him quoting him, and  public records, including his long sworn court deposition and financial disclosure form.

George has forced me to explain: Real slander, or, in writing, libel, would be if I charged him with some of the stuff people are always telling me: “He has a free membership at a country club!  He went to the Superbowl on someone else’s dime, likely a garbage lobbyist! George got a road and boat ramp given to a friend on Little Torch.”  etc., without any of the voluminous documentation I have for the current ethics and oath-breaking charges. But that’s not what I do. I’m the nerd researching and reporting the public records.

Another example of slander and libel is what George has been doing to me: accusing me of slandering him, but without a scintilla of evidence.  It is as though George has it in his head that as a big shot, no one is allowed to report on his public misdeeds, and criticizing him is by his definition “slander,” maybe because it makes him feel bad. In point of fact, as we are both public figures, the media is given wide leeway for criticism.  That’s why I can’t sue him for his criticism of me, no matter how ridiculous it is.  I can only hope he goes even more nut-case and decides to sue me, so then I can countersue for the $200,000 he says he has in “assort stocks annuities.”

Finally, allow me to discuss what motivates me, and how it relates to my “karma.” I got very lucky in my life to be born lower middle class, the first one to get a college degree, and retire to Key West with a boat in my backyard canal in Key Haven at age 48. A lot of great Americans from George Washington to Edward Snowden took great chances with their very lives standing up to unjust authorities for me to be where I am. Thus I have used whatever abilites I have on a small local scale to help other people attacked by governmental powers, as SUFA was and also a local whistleblower. Mostly it is “uppity” women who are attacked in the Keys, I am told because our Latin heritage, an interesting hypothesis. I like being the knight fighting the dragon.  I would ask George why he likes being the dragon.

As if my early retirement weren’t good karma enough, to the present day, the more things I do for other people, the more comes back to me. It is amusing at my church for me to report, yet again, that a $1,000 loan saw me get a $2,000 savings on an accident the next week. The more good stuff I do for other people, the more great stuff comes back at me.  I love this “karma” thing, it that’s what you want to call it.

Now we’ll see how it works out for George Neugent. 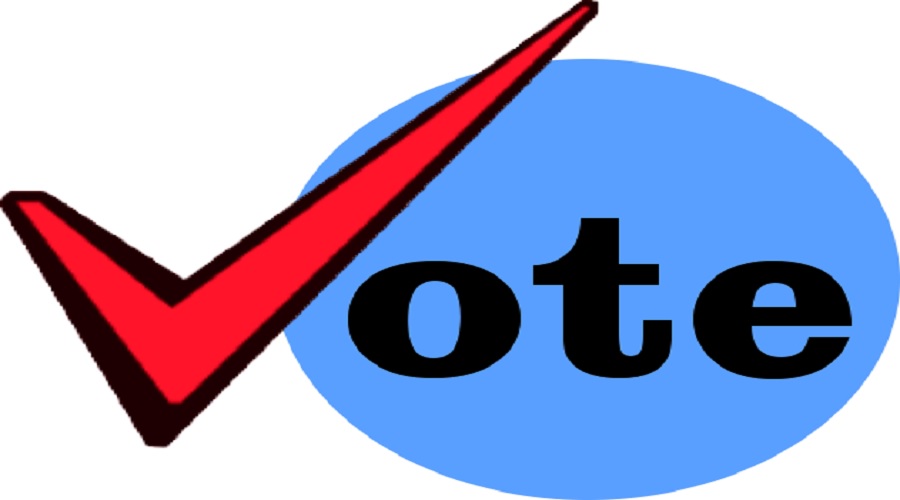 4 Responses to “Kessler and Jones, Yes; Neugent, No”