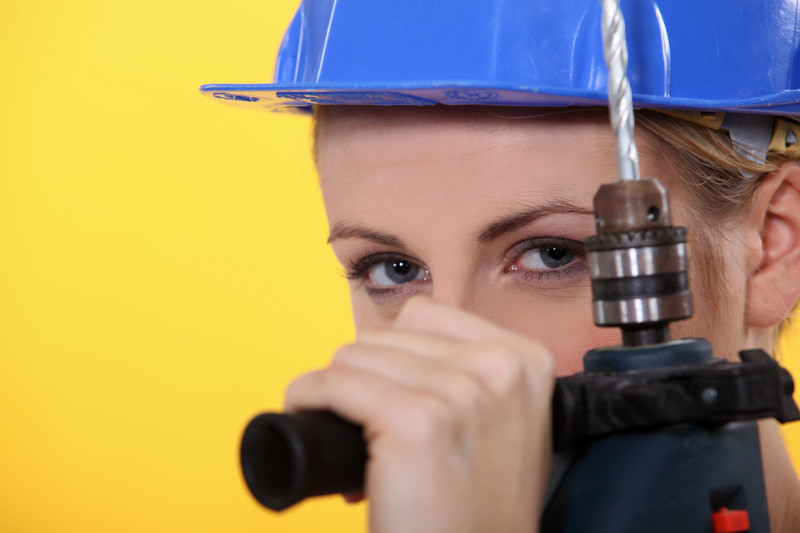 I learned early on what little is accomplished waiting for someone to do something for you, or even to help you. Consider this one of the gleaming pros to not having your parents around, and I do stress one. Now that I’m a mother myself, I can’t imagine my children grocery shopping for the family or taking taxis by themselves when they were nine years old. Not only did I do these things, but I also created my own income because my mother’s money never seemed to make it down to me.

This lifestyle brought forth my signature feistiness which kept me afloat throughout my youth. Even heavy decisions, such as taking a Greyhound bus from Florida to Indiana to attend college, weren’t an issue for me. Although my best childhood friend and I planned on attending the same school, she decided that she wanted to move to Florida at the last minute. I still went because, like her, I needed a change.

It was this spirit and energy that attracted my former husband to me. Being a shy, reserved type who let life carry him, he enjoyed my strength and straightforward nature. Although it inspired him to marry me, it also drove him away. As many of us do, I lost myself during our relationship. The fiercely independent woman who strived to make a mark took a pause, which turned into a total resignation of the title. By the end, I reached the opposite end of that spectrum—the co-dependent spouse. Normally, military wives are known to hold everything together while their spouses are gone; most of us spend half of our marriages alone. We take care of the bills, our homes, our children, our in-laws, making sure everything is running and ready to go when our spouses come home from God knows where doing and having experienced things we can’t begin to comprehend. We put ourselves at the bottom of our to-do lists because there is always something that needs done immediately with little warning–packing, unpacking, deployments, and homecomings. I’m not sure where I found the opportunity to crutch upon my small, shy sailor, but I found myself in this position when the marriage ended. Ironically, this happened on American soil, after I lived in Europe for six years and spent half of them in countries where no one spoke English. This happened after I had our children, after I stopped working, after I continually sold the second cars so we would have one car payment. At the end, he told me that I changed, but I don’t think I changed; I stagnated. I assume that’s why he felt leaving me for someone else was a better option for him.

On the day he moved out, I cringed, weighted with uncertainty. How could a man with so little power and volition cause me to feel so useless? I had no idea how things would get done, even things I had no problem doing before. I didn’t know how I would take care of everything in this home we once shared.

As time went on, the house showed its wear and tear. My lack of knowledge about said broken items compelled me to ask the former tenant for help. Because he had a new life and a new wife of his own, these repairs were never immediate. One of the recurring issues was my backyard fence. Too old to be graced with a kind term such as weathered, the wooden slats were often the first to go in a good windstorm.  Since my dog and my neighbor’s dog enjoyed house swapping through the openings whenever they could, this was a more pressing matter. Because I didn’t own a drill, I had to wait for him to come over and fix it. In the meantime, I provided a temporary blockage for the pets. It lasted until the dogs outsmarted me, shamelessly socializing in each other’s yards.

About a year after my ex left, someone broke into my house. The culprit came in through the back gate and climbed through my daughter’s bedroom window. Despite having so little stolen, including a one dollar bill, the entire event jarred me emotionally and could have been prevented. The gate didn’t latch properly after I had that area of the fence repaired. Having lived my home for so long brought on complacency, so I never worried about locking it. I just propped some bricks in front the door to force it shut. After this incident, my ex told me he would install a new lock. He came over four days later and texted me when he completed it.

The following Sunday, I let out my dog and stood at the kitchen door. I watched her run around in the grass and lost myself in its vivid late morning green hue. When I broke free from my gaze, something thin and silver on the gate caught my eye. Puzzled, I opened the door and headed out. My head protruded ahead of my body from the disbelief swarming through it.  I saw the fine workmanship that my ex-husband provided to keep out future intruders. It was a hook and eye latch! I leaned back to take it all in, sizing up this eight foot gate and wondering how a two inch latch would withstand the weight of a human body. Peeved, I took a picture of this and sent it in a text to my friend. Equally furious, she came right over. I led her out to the backyard to show her this masterpiece. Exasperation was all over her face and in her voice as she let out expletives in between the safety concerns for my kids. After we vented, we drove over to Home Depot. She chose a sturdy latch and a padlock. I heeded her advice without hesitation; she is a cop, after all. We headed back to my house where she used her drill to install it for me. We enjoyed a beer in the gleaming afternoon sun. Ever the home improvement lover, she educated me about replacing my fence. She explained how I could do this myself and I would be an idiot to hire someone. That was outside of my realm of comprehension, so I shrugged it off and thanked her for her help.

A month later, we had a strong thunderstorm which knocked out some of the slats. I called my ex to fix them again. He came when he was available and repaired them when I wasn’t home. The morning after he repaired them, I checked on his work. He exhibited his brilliant skills again, as he chose the smallest representation of a nail to hold up the wood. I just shook my head and went inside.

Christmas time came shortly after that. My children asked me what I would like for a gift.. I usually ask for the same little things each year, like a new pair of slippers, because their father buys them. However, I only wanted one thing-a drill. Their father never quite trusted me with devices such as power tools or doing any of the home repairs. He always took care of these things. However, I do remember how his annoyance about things waiting to be fixed after he returned from deployment, things he told me not to worry about until he came home. Now that I’m by myself, I want to do the fixing at the moment things need to be repaired, not at the leisure of someone else.

On Christmas day, my children came home with their gifts for me: two books instructing me on how to fix everything in my home. I guess someone still didn’t trust me. The books were nice. However, I felt they were full of information I can find on Google, which is already my go-to for any home repairs without having to call an ex-anything.

Once I had some money set aside, I decided to buy a drill. I hemmed and hawed over it for a while, but the slats jumped off the fence again and I took that as a sign. I headed out to Wal-Mart one Tuesday morning after the kids went to school. I had the entire aisle to myself. I ran back and forth, admiring everything Black & Decker had to offer. I decided on a very nice one with some great accessories. I also chose a nice toolbox for myself along with measuring tape and very sturdy screws for the fence. After I charged it, I repaired my fence. Those slats haven’t fallen down since. I didn’t stop beaming that day because of what I accomplished.

My drill has serviced me well. It helped me assemble a new dining room table set. It also allowed me to replace my mailbox, take apart my vacuum for cleaning, and put various Christmas toys together, things I normally had to wait for someone to do. It also gave me confidence in myself. It showed me that I can do whatever I put my mind to if I just try. It gave me the confidence to leave a job where I remained unhappy for five years. It gave me the courage to face the fears of my past and get the help I needed for these issues. It provided me the strength to be alone to heal myself. It gave me the determination to complete my college degree so I can go onto the next phase of my life. It empowered me to stand up for myself and demand more from the people I bring into my life instead of just settling. Every time I repair something with it, I am proud. There’s no doubt or hesitation surrounding me to complete the task because I can complete it with my drill before anyone confronts me with nonsense. I am more relaxed now because I know my capabilities and what I can accomplish because I have the tools and resources to move forward in life.

Barbara Calkins is a former resident of Key West, a graduate of Key West High School, and on the second phase of her life. In the first phase, she lived in Key West through 1999, met her former husband, and moved to Europe. In this phase, she enjoys being a mom, writing, making people laugh, storytelling, and helping others. She presently resides with her four kids (2 human, 2 canine) in Virginia Beach, Virginia.

If you have ties to the Florida Keys and would like to submit your own work to Key West The Newspaper [The Blue Paper] for possible publication contact us at editor@thebluepaper.com.