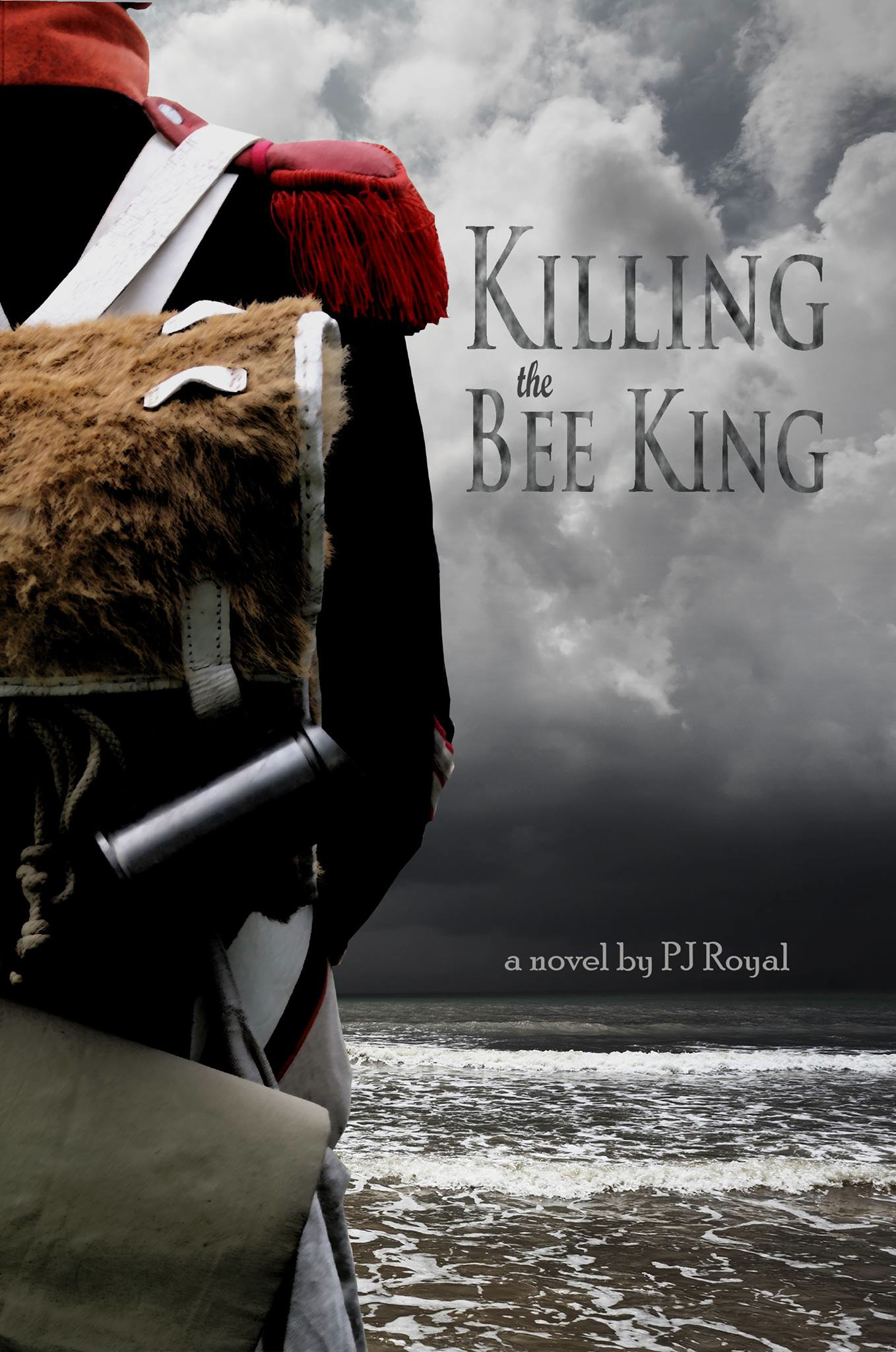 Join Author P.J. Royal in celebrating the release of her new novel, “Killing the Bee King” at Roostica Restuarant on Tuesday July 22, 2014 from 5-8 PM.

The new novel is a wonderful piece of historical fiction:

Against a backdrop of escalating tension, in an England mismanaged by inept leadership, Napoleon Bonaparte is silently massing battle-hardened troops along the French coast in anticipation of a cross-Channel invasion. While Ireland violently protests English oppression, an unlikely hero emerges in the form of an Irish bare-knuckle boxer by the name of Wolfe Trant. Recruited from the depths of Newgate Prison by William Pitt, an ex-prime minister who now operates a covert spy ring, Wolfe’s agenda is to infiltrate Napoleon’s inner circle to determine the intended point of invasion. Wolfe is forced to partner with the enigmatic leader of the French Resistance, a woman known only as Primrose, as the two are pursued through the streets of Paris by the sinister minister of police. Hounded by larger political and economic forces that have a vested interest in their failure, Wolfe and Primrose are forced to redefine their ideas of trust and loyalty as they race against time to defeat the strategically brilliant plans of Bonaparte.

Please join us for a brief reading and celebration of the release of this novel. If you are unable to make it, the book is available via Barnes & Noble and Amazon.com, but why not come out, meet the author and get your copy signed.