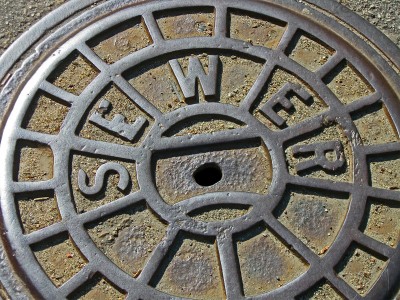 Why have so many groups been complaining about the Cudjoe sewer system? They insist they don’t want their concerns to slow down the project and they agree that a well designed sewer system will improve water quality in canals and near shore waters. It seems the “well designed” is what they question.  We will get to that but let’s take a moment to remember how we got here.

Back in 2008, the new county administrator looked at the county sewer fund that had been depleted by infrastructure projects like the Hickory House and the Vandenberg. He realized no state or federal funding was in sight and the county was facing a 2010 state mandate to sewer the remaining Keys. The county and FKAA started looking at ways to trim the cost of the estimated $ 200M Cudjoe project in case the county had to fund the whole thing.  A consultant created a decision tree that favored low pressure grinder pumps, and in 2009 the treatment plant capacity was “averaged down” to allow shallow disposal wells. With no money in sight, everyone waited.

In 2012 the governor surprised everyone with $ 50M in funding for “new jobs.”  Construction contracts had to be signed by February 2013. The only way to meet this deadline was “design-build” contracts for some of the collection systems, leaving design decisions up to the bidder, and the contract award going to the lowest bid. The county also had to get the Infrastructure Sales Tax extended. By prioritizing sewers, roads and bridges in their informational talks, and assuring everyone would get a piece for municipal projects, the extension campaign worked – voters provided more money than was needed.

Well, the decision tree and the design build contracts succeeded in a reducing the system cost from $ 200M to under $ 150M. It also changed the plans from 600 to 2800 grinder pumps. With February 2013 only months away, there was no time to regroup. FKAA and the county were faced with signing these design build contracts or losing the state money. The new hybrid system wasn’t primarily gravity with deep wells at the plant, but it would work. The contracts were signed.

As residents learned the details, questions began. If the tax extension made the money available, why is the system being built on the cheap? It was pretty clear that grinder pumps were being used to save money, not make it a better system. It is now becoming clear that the treatment plant, with a capacity to handle 2.35 million gallons of waste water a day, has been designed with multiple shallow wells to handle the flow. Averaging heavy and lighter flows, and reducing inflow estimates may get the permit numbers right on paper, but there is a state wide one million gallon deep well “trigger” for a reason. Here on our tiny islands surrounded by a fragile marine environment, that reason is even more important.

Bill Hunter is a resident of Lower Sugarloaf and has been active in his community by staying involved in county discussions and keeping his community informed. He has been closely following the issues surrounding the Cudjoe Regional Wastewater System.

5 Responses to “Guest Column: Cudjoe Sewer System / What Is Everyone Complaining About and How Did We Get Here?”