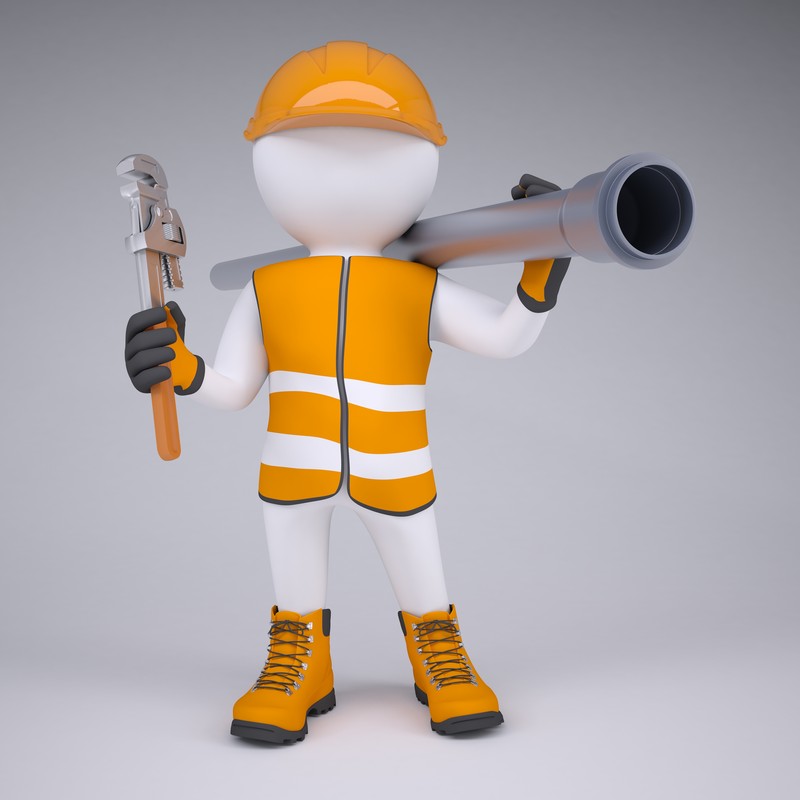 If you live in the Cudjoe Regional Wastewater System area, you need to read the “Dummies Guide To Grinder Pumps”.  If you are a “loser” as our County Commisioner has called all who are getting grinder pumps, you should read it very slowly.

DESCRIPTION OF A GRINDER PUMP

Dummy Version – The greatest invention since ice cream.  To quote our Mayor, “when you flush it goes away”, what else can you ask for?

Real Version – A system in which sewage flows from gravity into a heavy duty plastic tank.  The tank is about 180 gallons just over one day of waste for a typical family.  It has a one horsepower motor that turns grinder blades similar to a garbage disposal in your sink.  A progressive cavity pump then forces the sewage into a 1 1/4” pipe which leads to master stations or the treatment plant on Cudjoe Key.

The system stretches almost 29 miles in length from South Sugarloaf to the north end of Big Pine Key.  Because of the length of the main transmission line, the restriction each pump meets can vary significantly.  The more restriction or head the pump sees the higher pressure it pumps at.  If pumping is not easy enough or there is nowhere for the sewage to go, the pressure can rise to almost  180 PSI and the motor will trip in and out every few seconds until the pressure drops or something breaks- in which case the pressure will also drop, but probably not in a good way. In one case, a simple part breakage resulted in over 6,000 gallons of other people’s raw sewage flooding uncontrollably into a residence. Another town warns of the possibility in their official guide to grinder customers. An E-1 service company reports multiple instances of 150 psi rated parts bursting.

What happens when the power is out for extended periods?

Dummy Version – Stop showering and flush only when needed.

Real Version – If the outage is a day or less, the plastic tank will hold the waste.  After that you must stop adding sewage or risk a backup directly into your house and/or a sewage spill in your yard.  If you only use 10 to 20 gallons of water during a power outage, then your grinder pump station’s high water alarm will sound off when the power returns, as will most of the neighbors’ alarms. With so many pumps trying to pump at once, it will not all fit through the pipes in the road and pressures will soar. Read again the paragraph above “Power Outage Issues.” With a gravity system, the lift station, 8” diameter main, 6” diameter lateral pipes, and the manholes provide shared reserve storage capacity.  If there is not enough reserve capacity between emergency pump outs, sewage flows into the street, not your house.

Dummy Version of Generator Backup  – FKAA will pump you out whenever you need pumping.

Real Version – FKAA now has a total of eleven truck mounted generators to pump out lift stations and grinder pits.  There are over 75 lift stations that serve a few thousand gravity customers.  Because FKAA chose to use multiple very slow-pumping residential E-One grinder pumps in the lift stations instead of a “real” pump, it will take an average of about 1.6 hours to pump down a day’s accumulated sewage from a single lift station.  Assuming ten trucks working at pumping down just lift stations, that adds up to each generator truck working 12 hours per day on only lift stations which are in the right of way. (1.6 hrs x 75  stations / 10 trucks = 12 hrs/truck) In case you did not notice it, a 12 hour day is a grueling day and that 12 hours does not include travel, fueling trucks and generators, breaks, etc.. Repeat daily, as needed. If the eleventh truck is pumping down for the grinder customers (the “losers”according to George Neugent, remember?) , and it takes just 15 minutes of actual pumping to pump down a day’s accumulation, that crew will have a 375 hour day of actual pumping (not removing lids, unwinding cords, refueling, driving, eating, and all the other things that take time) just to keep up with 1500 individual grinders on private property.  (A 375 hour day, you say? Why that’s over nine 40 hour weeks!)  Given that grinder pits are on private property and the power is out, it might not be wise to just walk on someone’s property in the dark. Or in the daylight for that matter. Besides, their bathroom doesn’t work any better than yours.  Two or three days of power outage and you will need respiratory protection. Anyway, it will be impossible to keep up with nearly 1,500 grinder pumps.  One cannot just assume all outages are during hurricanes when many have evacuated. All of a sudden, a vacuum collection system with its automatic standby generators seems a lot more practical here.

WHAT GOES DOWN A GRINDER PUMP?

Dummy Version – These things can chew up anything?

Real Version – The FKAA operating manual is complete and says: No: seafood shells; sanitary napkins; kitty litter; diapers, socks, rags or clothes; plastic objects; grease; or strong chemicals among other items.  Beach sand has been cited as causing the destruction of internal parts in other areas. It also states that if the home is left unoccupied for a period of two weeks or more the system must be purged by running water through it.

Dummy version – These things can last fifteen year without maintenance.

Real Version – Claptrap!! You know what that means.  Think about what is involved: A pump that uses a steel auger in a rubber sleeve, a motor (non-explosion proof), overload switch (internal to the motor), two level switches, two check valves and a shut off valve between your house and the street. A control box full of electronics in a plastic box near the grinder and an electronic monitoring system with a battery that needs periodic replacement. Actual data collected from a real E-one grinder town show frequent motor and pump failures within 8 years. The pumps here will have to work harder, in harsher conditions. One town supplied a long list of repairs in the first two years. One of the check valves is plastic with a neoprene gasket and according to an E-one representative lasts 4-6 years.  (BTW, it is buried underground).  Actual EPA field testing found an 8% total failure of the check valve and lack of effective sewer gas sealing in most check valves in the first year.

Dummy Version – This system will improve our environment immensely.

Real Version – A detailed analysis by Cape Coral, which rejected the use of grinder pumps, shows that they are the least environmentally friendly system, just slightly better than septic systems.  Why?  Hundreds of miles of HDPE plastic pipe will be buried about 2-3 feet below the surface. Even new, the pipes are allowed some leakage.  Over time all HDPE plastic pipe gets brittle and can crack with shifting road beds, road vibration, sink holes or hydraulic pressure.  Accidents can occur and there is often no way of telling if a connection breaks or someone horizontal drills through a line.  During tropical storm surges, the plastic grinder pump tanks become inundated, shift, and based on recent experience with Sandy, are destroyed.

COST OF GRINDERS VERSUS GRAVITY

Dummy Version – A low pressure system with grinder pumps is much cheaper than a gravity system.

Real Version – In remote areas running gravity is expensive. Using on-site systems is one option, running miles of unmonitored pressure line with grinder pumps is another?  Construction costs for a grinder system can be cheaper up front, however one must look at the LifeCycle Analysis costs.  In other word what does it cost me in the long run?  A pressure system costs much more to operate.  The lines must be flushed or replaced when they plug, remote monitoring is needed, generators are needed, and all of the claptrap must be repaired and replaced.  Even the plastic container will last only so long, buried in a salt environment with occasional tropical storm surges.  The controller is in a plastic box and is full of electronics.  Did I mention intense sun and salt air on plastic containers and gaskets?

However, the real story is the life span of each system.  Experts use a 25 year lifespan for a pressure system with grinder pumps.  After 25 years, the plastic lines are brittle and cracking, the plastic valves are worn and the electronics are fried by the sun and corroded by salt.  A gravity system has a life span of 60 to 100 years.  Yes there are pumps and controls in the lift stations, but these are in large concrete pits, in the right-of-way and can be replaced at a reasonable cost through diligent maintenance.  The manholes, 8” lines and balance of the system can be flushed, relined and maintained to acceptable standards.  Some shout over and over about water infiltration in the gravity system.  True torrential rains will lead to some water entering the system and any leaks or cracks result in water seeping into the gravity sewer pipes. How much?  The manholes are located on the crown of the roads and have very small vents.  In the old Key West system with clay pipes, infiltration was up to 30%.  In the new pressure tested gravity lines it’s engineers estimate 2-4% infiltration.  Besides, would you rather have water leak into a gravity line or raw sewage blow out of a pressure line when breaks occur.

To allow for the difference in lifespan, cost engineers and economists use a term called “salvage value”.  MC and FKAA use a 20 year LifeCycle Analysis since that is the span of their financing mechanisms.  The 20 year cost of a pressure system is about $ 15,000 per home times .8 (20yrs/25 year lifespan) or $ 12,000 over 20 years. Gravity costs about $ 20,000 in upfront construction costs per home, so the 20 year cost is $ 20,000 times .33 (20 year analysis /60 year life) for a cost of $ 6,667 over 20 years for gravity.  With gravity, there is very little build out cost.  A pressure system requires a new $ 10,000 grinder pump for every new home.   Finally, adding the extra maintenance costs of a pressure system, it is twice as expensive as gravity.

Dummy Version – One County Commisioner has claimed that the citizens complaining are “Flat Earthers”, members of CAVE (Citizens Against Virtually Everything) and “losers”.   He has said the project is fully funded, was adequately designed, and no more should be spent.

Real Version – The sewer project had major deficiencies that would not have been corrected but for those raising their voices.  To date, accomplishments include: the addition of generator connections on each grinder pump; remote alarm monitoring; an increase from two to eleven portable generators; the recognition by DEP that these pumps are not explosion proof but need to be so in lift stations; isolation of cables to prevent gas flow and corrosion; the recognition that additional flushing will be needed in low flow sections of pressure lines; and most importantly the reduction of 1,300 grinder pumps from the original system.  These are incremental improvements that will make a flawed system better, but still not good enough.

3 Responses to “GUEST COLUMN: Grinder Pumps For Dummies – Or Why I Don’t Want To Be A Loser”