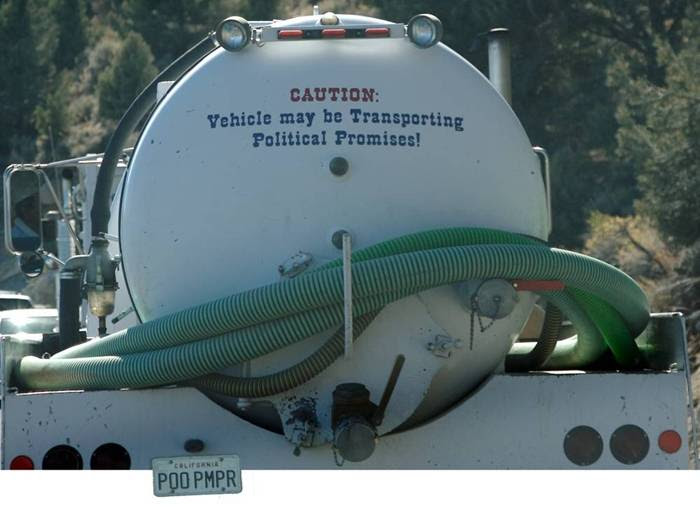 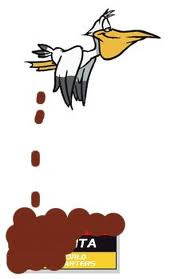 This all falls on mechanically retarded me

to try to explain why it it a terrible idea

to use shit grinder pumps in the Cudjoe sewer district

but perhaps they will cut me some slack

and just let me tell what I have to tell

and leave for other bawds, er bards,

to tear it up, fix it, or make it worse.

since I be a poet by inclination,

but once a lawyer by trade,

perhaps I should start at the end

and work back to the start

of a four week crash course in shit management.

perhaps I start with Wednesday’s

Cudjoe shit management not on the waterboard agenda,

traveled many shit-grinding leagues to seek

“Gravity and justice for all!”

all along FKAA wanted gravity and justice for all,

let us hear what you good grinder shit foes have to say!

pumping stations move the shit along

to the night soil manufacturing plant.

keeps the shit in the lines,

gravity leaks are easy to find,

dig down to and fix.

spring leaks not to be be found,

then into her water table,

then into her sea.

Aw shit, the whole point of sewering the Florida Keys

was to get rid of septic and cess,

not to replace them with grinder shit.

inside the houses, too!

its lines and pumps easy to fix.

have to be fixed,

or thrown away and replaced.

grinders have to run all the time,

let them sleep a while,

they don’t wake up,

the waterboard told us to use grinders,

we don’t know about shit,

we told the provincial governors we wanted gravity,

they told us to do it cheap instead.

I tell Bob the Dean,

I’m dang glad to hear you say that!

I been on fast learning curve

since selling me place on Little the Torch last August,

don’t got no dog in this here fight.

looks to me grinders are a really bad idea,

I know them provincial governors,

campaigned for some of them,

campaigned against some of them,

but they done messed in in their pants,

got my dander up.

I hope you the waterboard will do two things:

they are where all this shit falls,

we the waterboard want gravity wherever gravity will rock,

and we will install gravity

soon as the five governors agree to pay for it,

but we the waterboard aint’ having nuttin’

to do with no bad shit sewer system

that will ruin our reputation

en put us and the good people we serve

in the poor house under deep shit –

build your own outhouses,

if you don’t want it done right!

you the waterboard have the power to do this,

because you know gravity is better in the Keys

you the waterboard were all appointed by Governor the Scott

who wants you to see to it

the money he and the Florida Parliament gave to the Keys,

and the money the provincial governors are raising locally to sewer the Keys,

is used get rid of the septic systems and cess pits,

not replace them with something just as shitty.

you the waterboard do not have the manpower

with the power out

shit all over the ground.

you the waterboard have the manpower to take care

gravity in a Wilma event.

and they know me pretty well,

I campaigned for some of them

and campaigned against some of them,

I like them, but they have not done this shit right,

because they had other things they

wanted to spend their tax money on.

you the waterboard are the only people

who can get this shit done right.

if we don’t get this shit done right

then maybe we will end up covered with it!

just this morning in the Key West Citizen

but closer in using something else – gravity?

No, Bob the Dean says.

The second lesser of evil, gravity is best

and sayeth no more.

only provincial employee there

Kevin the Wilson in a nutshell says

he recommended shit grinders to the five provincial governors

because they work just fine and and are cheaper to install,

unconscionable to hold the governors

to only spending the sales tax on sewers

when there are other things the governors want to buy.

we the waterboard want gravity

(meaning, we the waterboard do not want shit grinders

and that shit’s the provincial governors’ to shovel.)

gravity and justice for all!!!

after writing all of that

down in plain English prose,

I got hammered in a nap dream

because I had not done it in verse.

this slid in later:

Hi, “FU Daily” presents the entire meeting in video for your viewing pleasure if you were not able to make the highly inconvenient time of 11:00 am this Wednesday morning.  If you don’t have time to watch the full half hour, please focus on the final 10 minutes in which the “old guy” from County tells us serfs how it’s gonna be whether we like it or not.  I wonder if his position is an elected one?  If so, please feel free to share this link with friends and neighbors who may wish to make their voices heard at the polls.  “Hey, you never know.”

he work for the five provincial governors

who be elected officials.