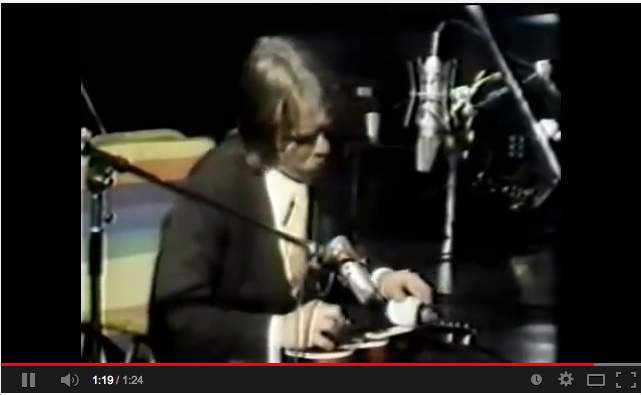 I woke up this afternoon

I saw both cars were gone

I felt so low down deep inside

I threw my drink across the lawn

I read in the Keynoter that the president of the gated and very wealthy Ocean Reef Club in North Key Largo pleaded for an aerial spraying before last Friday because of an invasion of salt marsh mosquitoes.

“Most of our nearly 2,000 or so members and guests will have had their Fourth of July ruined,” Ocean Reef President Paul Astbury wrote to Mosquito Control.

While that aerial spraying may have rescued a holiday weekend for some of the superrich, it ruined it for other more important residents of the Keys – insects. After two days of Mosquito Control spraying from a truck in my neighborhood I discovered two golden orb spiders hanging from their webs, dead. And a scarletbush or firebush tree (Hamelia patens) next to the house, normally full of zebra longwing butterflies, was barren of these pollinators.

Recently an acquaintance put up a picture of a golden orb spider on Facebook and the first comment was, “Get out the Raid.” Her reply was these spiders ARE our Raid.

Spraying insecticide – or as Mosquito Control calls it adulticide – in the Keys poses a difficult but urgent question: what is the balance between killing mosquitoes and making our islands a livable community. Anyone who has been to the Everglades, where they don’t spray, knows that hundreds or even thousands of these blood-hungry bugs will descend upon them as soon as they step outside.

There is also the threat, or perceived threat, of disease. The county’s Mosquito Control has put out information about a new malady called chikungunya, a very serious and painful one. Its presence, in addition to dengue fever, is the reason that the organization wants to release genetically modified mosquitoes in the Keys. The Florida Department of Health recently reported that through last week, dengue fever had been confirmed in 24 people in Florida and chikungunya confirmed in 18 people. None of have been infected in the Keys.

Florida has a population of 18 million people, making the combined disease rate for both diseases combined .00025 percent, which doesn’t seem to warrant the fear the announcement has engendered.

Do mosquitoes serve a function?

The question itself is so anthropocentric that it’s barely worth answering. However, people do ask it all the time. Why do we need them? Can’t we just wipe them all out even though they have existed for 100 million years?

Mosquito larvae are aquatic insects and, as such, play an important role in the aquatic food chain. According to Dr. Gilbert Waldbauer in The Handy Bug Answer Book, “mosquito larvae are filter feeders that strain tiny organic particles such as unicellular algae from the water and convert them to the tissues of their own bodies, which are, in turn, eaten by very small fish.”

Mosquito larvae are, in essence, nutrient-packed food for fish and other aquatic animals. Their role on the bottom of the food chain doesn’t end at the larval stage. As adults, mosquitoes serve as equally nutritious meals for bats, spiders and birds such as swallows and swifts. These fish and birds are part of an ecosystem that, when in balance, functions very well.

It’s a worldwide problem. Many species of insect, spider, salamander, lizard and frog would lose a primary food source if there were no mosquitoes. In one study published last month, researchers tracked insect-eating house martins at a park in Camargue, France, after the area was sprayed with a microbial mosquito-control agent. They found that the birds produced on average two chicks per nest after spraying, compared with three for birds at control sites.

Bruce Harrison, an entomologist at the North Carolina Department of Environment and Natural Resources in Winston-Salem, estimates that the number of migratory birds that nest in the Arctic tundra could drop by more than 50 percent without mosquitoes to eat.

Mosquito-eating fish such as gambusia travel up in the mangroves where nothing else can go and feed on salt marsh mosquito larvae. As the tide retreats, they go with it where baby tarpon, snook, snapper and grouper feed on them. If Keys anglers want to be able to continue to fish for these species, people will need to tolerate mosquitoes at some level.

According to Keys biologist Jim Duquesnel,

“As much as we loathe them, mosquitoes represent a considerable biomass of food for wildlife on the lower rungs of the food chain. Their extinction, were it even achievable, could have an enormous adverse effect on the entire ecosystem. For me, at least, a little humility seems to be called for, before we decide to ‘second guess’ nature. After all, how often has that sort of behavior had unintended consequences before?”

Is there an alternative to spraying?

In our rather libertarian Keys society, local governments are loathe to require residents to do things that would aid the common good. No government, city or county, requires mandatory recycling for example.

The same goes for requiring people to bring in their trash barrels or recycling bins after the trucks have come by. Those barrels and bins collect water after summer rains, providing prime breeding grounds for mosquitoes. The same goes for debris that collects on beaches and shorelines.

On our shoreline Duquesnel says that clearing out the bottles and tires and debris that either washes up or come from people who dump stuff is an urgent task.

“On every parcel along the shore where I worked for the county there was debris dumped by people who could have put it in a container and had it picked up for free,” he said. “You pay your taxes to support the hauling out of yard waste put at the curb. But nobody controls that stuff. My neighbor takes out invasive exotics and tosses them across the street on county-owned property and that’s a prime breeding area for mosquitoes.”

“that the larvae of most nuisance and vector species (mosquitoes) develop in habitats directly or indirectly associated with human activities, including polluting water, discarding containers, improperly maintaining gutters, ineffectively managing flood and irrigation water, and building catch basins that alternate between being wet and dry. In many cases, exposure to nuisance or vector mosquitoes can be significantly reduced or prevented without the use of pesticides by eliminating or preventing these conditions.”

While the county’s Mosquito Control stresses that residents should make sure water doesn’t collect on their property and has a team of employees out checking wet areas, few of the municipalities – Key Colony Beach being one exception – require the public to bring in containers and then enforce that. And those containers collect water where mosquitoes quickly breed.

What should we do?

Clearly it’s important for the entire ecosystem to tolerate some level of mosquito presence. Not only can the county not eliminate the entire mosquito population by spraying but also it shouldn’t.

“Mosquitoes are attracted to dark areas and shadows and a dark shirt at a distance looks to them like shadows,” he said. “They shun bright sunlight because they don’t have the ability to keep their body moisture in. They shun open exposed places that are windy and dry.”

He adds that people can spray their clothing with repellant. He recommends leaving a shirt in closet so when someone goes out to take out the trash they can throw on a long sleeve shirt for that short outdoor excursion.

There are a number of good and effective non-toxic repellant sprays available. The Environmental Working Group has conducted extensive research on this issue and provides a helpful guide to these products.

People who do collect water – such as in rain barrels – should add what are known as mosquito dunks, which are made of the same material that Mosquito Control sprays as larvacide. The material kills the larvae before they hatch into mosquitoes. Big box stores such as Home Depot carry these dunks and they are inexpensive.

Finally, before calling mosquito control with an urgent request for them to spray, wait a week to see if the population of bugs diminishes as their predators appear and take care of the problem. Continuing to spray pesticides in the Keys is having a detrimental impact on those predators and, by extension, us. 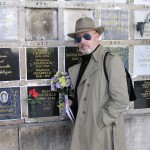 Michael Welber  has lived in Marathon for 16 years, and has long experience as a writer and media producer. Most recently he helped establish and was the first editor of Keys Sunday, a publication of the Keynoter. He has also been active in environmental issues in the Keys, forming and chairing the City of Marathon Green Team and creating and editing GLEE’s monthly newsletter. 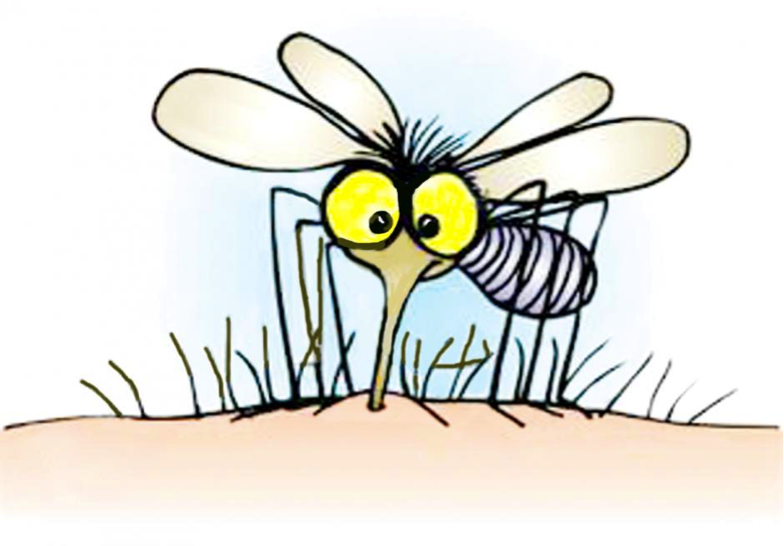 2 Responses to “Fouling Our Nest Part 1: Mosquito Control and the Ecology of the Keys”