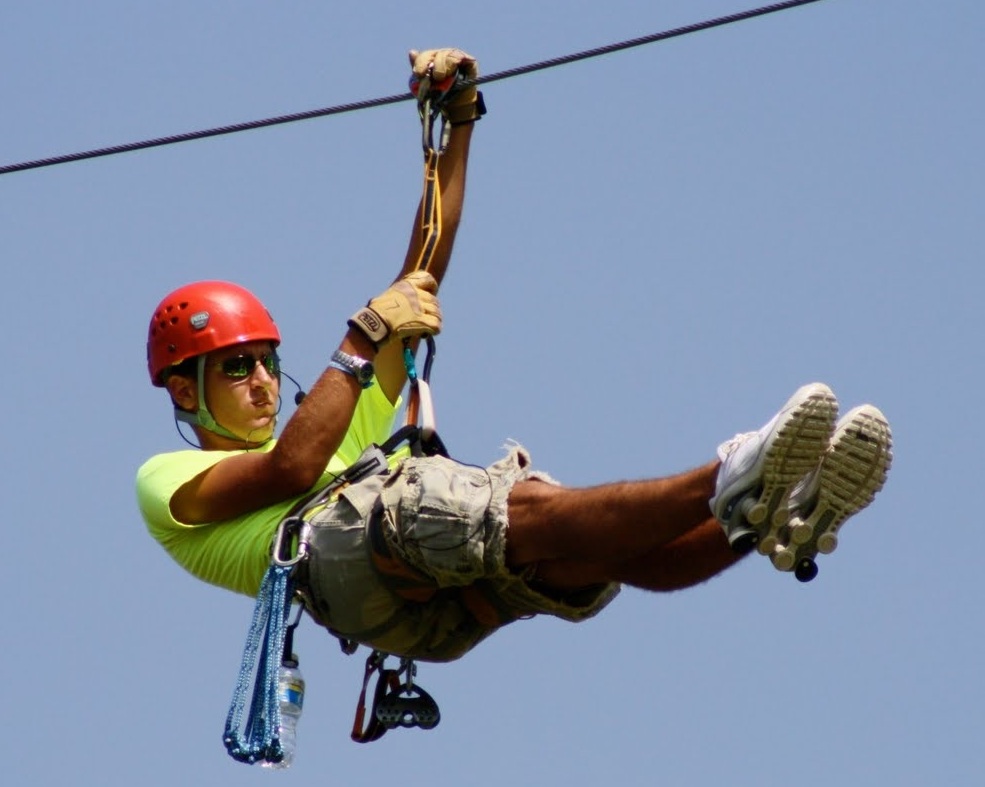 The city of Marathon might be having second thoughts about partnering with the Crane Point Nature Center to construct a zip-line attraction in the Hammock. The U.S. government in the form of a letter from the Fish and Wildlife Service of the U.S. Department of Interior delivered a staggering blow to the project in a 12-page letter sent to the state’s Department of Economic Opportunity (DEO).

“We strongly recommend that the zip line project not be approved and/or constructed within Crane Point Hammock due to: potential adverse impacts to the White-crowned pigeon and their habitat… ; lack of detailed information on the pigeon within Crane Point Hammock; lack of information on the extent of how this project could affect the White-crowned pigeon breeding population and habitat in Florida and the species rangewide; and the proximity , size, and quality of this important foraging habitat to the most productive pigeon nesting sites within the Keys.”

Even Marathon planning director George Garrett, who has approved the plans for the project, described the letter as “very damning.”

Citing potential fatalities of the threatened White-crowned pigeon, elimination of a vanishing hardwood hammock in the Keys, and woefully inadequate documentation, Cindy Fury of the agency, noted that potential prosecution could be in the offing if there is a “direct or indirect take (killing or injury).”

Fury wrote in her letter:

“In the event the zip line is established and direct or indirect take of the White-crowned pigeon is documented, the USFWS Office of Law Enforcement (OLE) will be notified regarding the potential MBTA [Migratory Bird Treaty Act] violation. The OLE will gather facts associated with any MBTA violations and present them to the U.S. Attorney’s Office for potential prosecution(emphasis added). The USFWS OLE and the U.S. Attorney’s Office will take into account this official USFWS recommendation to not place the zip line at Crane Point Hammock when investigating possible violations and potential penalties.”

The reason that this threat may make the city skittish is that Marathon gets Community Development Block Grants for sewer and affordable housing projects and is loath to jeopardize that money for a pass through grant that only benefits Crane Point Hammock and its parent group the Florida Keys Land and Sea Trust. These grants originate with the U.S. Department of Housing and Urban Development and are funneled through the state of Florida. Previously the threat of action at Crane Point resulting from potential non-compliance with the American Disabilities Act caused the city’s mayor, Dick Ramsay, to wonder if it was all worth it.

In fact, Fury pointed a regulatory finger at the DEO because, as she says,

“DEO has responsibility for administering these grants. The DEO Areas of Critical State Concern Program has a particular responsibility to protect resources and public facilities of major statewide significance and the Keys are an Area of Critical State Concern. The USFWS, and in particular the Migratory Bird Program, oversees all avian species identified under the Migratory Bird Treaty Act of 1918 (MBTA), …and works with partners to promote avian diversity and populations.”

What frustrates opponents of the project is that the Fish & Wildlife letter comes two years after the plans for a recreational zip-line course at Crane Point were first announced. The nature area partnered with the city of Marathon to apply for and obtain a DEO grant of $727,000 to build the structures necessary. During the two-year period the plans have been reviewed and approved by a city of Marathon task force, the planning commission and the city council, several times.

Fury wonders why it has taken so long for her office to even find out about these plans.

“Of note, although we have learned that this project was proposed over two years ago, to our knowledge neither the USFWS nor the Florida Fish and Wildlife Conservation Commission (FWC) was consulted for official comment during earlier portions of the proposal preparation or review process by the Florida [Keys] Land and Sea Trust, City of Marathon, their consultants, or Florida Department of Environmental Protection.”

It’s a good question. A great deal of water has flowed under the proverbial bridge despite strenuous efforts of a group calling itself Keep Crane Point Natural. At an early planning commission meeting to discuss approval of a Conditional Use Permit for the project, Dr. Ken Meyer, executive director, Avian Research and Conservation Institute in Gainesville, spoke directly to points made by Fury in her letter. The White-crowned pigeon requires undisturbed foraging hammock areas. These birds come from mangrove islands off Marathon to feed at Crane Point Hammock and a diminishing number of other areas, and then stay for a period of an hour or more to digest what they’ve eaten.

If a zip-line attraction were constructed, Crane Point will be anything but undisturbed. The letter is highly critical of a Natural Resources Impact Assessment conducted by Crane Point because that assessment downplays any effect that the zip-line course or its construction will have on the White-crowned pigeon or other wildlife. That assessment was handled by local biologist Dr. Phil Frank, who spoke on behalf of the zip-line project at a city council meeting considering the proposed attraction.

At that September 25, 2012 meeting Frank said, “I’m in support of the zip line project.” He would be hard pressed to deliver an objective assessment after saying that.

Fury, in her letter says in part,

“The Assessment also concludes that ‘any measureable adverse impacts to wildlife are highly unlikely’ except for minimal temporary disturbance. No referenced documents substantiate this view. Although the vegetation trimming of 10 feet wide along the zip line features is discussed briefly with no impacts mentioned, it will actually constitute an ongoing activity and potential disturbance, as well as creating unfavorable edge and removing contiguous canopy habitat.  The Assessment further advises that if trimming will be too extensive or impact the survival of the tree, then the tree will be removed. Impacts to the hammock or wildlife species due to construction activities such as heavy equipment use are not discussed, except related to using roads when possible and auguring into the caprock, likely creating noise and vibration over a long distance.”

“And almost every comment that was made here tonight, if I had plugged the word airport into it, it would have been the same. The noise. The airplanes. And it goes very closely to the gentleman [Meyer] that talked about the bus. That’s what an airplane is. Flying through everywhere where we eat dinner all night long. I’m not buying that.”

What Hill was saying (it does need interpretation) is that birds do fine at the airport and they’ll do fine at Crane Point. Fury, of Fish & Wildlife says, “no.”

“Researchers conducting studies near the Marathon Airport observed on numerous occasions that although White-crowned pigeons were in the area, each time an airplane departed, the pigeons would always flush (Ken Meyer, Avian Research Conservation Institute, personal communication, 2013).”

Jeff Smith, chair of the Crane Point board, has already been quoted in the local media as saying the group plans to push on. Fish & Wildlife anticipates that the project may indeed proceed and, at the conclusion of the letter, provides a series of recommendations including no construction during the summer breeding and foraging months, no zip-line activity during those same months, a two-year study of the White-crowned pigeon before the project begins and then afterwards, and other caveats that will clearly damage Crane Point’s ability to make year-round income from the zip-line attraction.

It will be interesting to see if the city of Marathon presses on given the threats to future grants and legal violations for which the city will be partially liable. Dr. Meyer commented to The Blue Paper that,

“If they want to cooperate with the state and federal natural resource missions and expect to have trust and productive relationships in future dealings with the agencies, they would be well advised to require at least some meaningful compliance by the developer.”

On the other hand it might be difficult to turn down $727,000 CDBG money and the resulting tourism that the city seems to so desperately want. It’s the old battle between money and habitat and usually money wins.

One Response to “Feds Lambaste Zip-Line Plan at Crane Point”