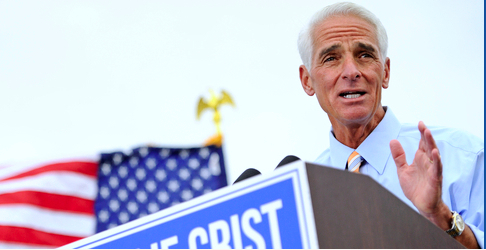 At a press conference today in St. Petersburg, Crist announced that if elected Governor, he will make January 6, 2015 a “First Day of Fairness” by signing five Executive Orders, including an Executive Order to “prohibit any form of discrimination on the basis of sexual orientation or gender identity within the state agencies or its contractors — because all Floridians should be equal in the eyes of the law.”

“We applaud Charlie Crist for taking a stand for equality and fairness in the workplace,” said Nadine Smith, CEO of Equality Florida. “Florida is at a critical moment in our struggle to end discrimination, and the next Governor can make a tremendous impact on the everyday lives of thousands of LGBT people in our state.  It is also clear that policies of nondiscrimination will make Florida more economically competitive in the global marketplace.”